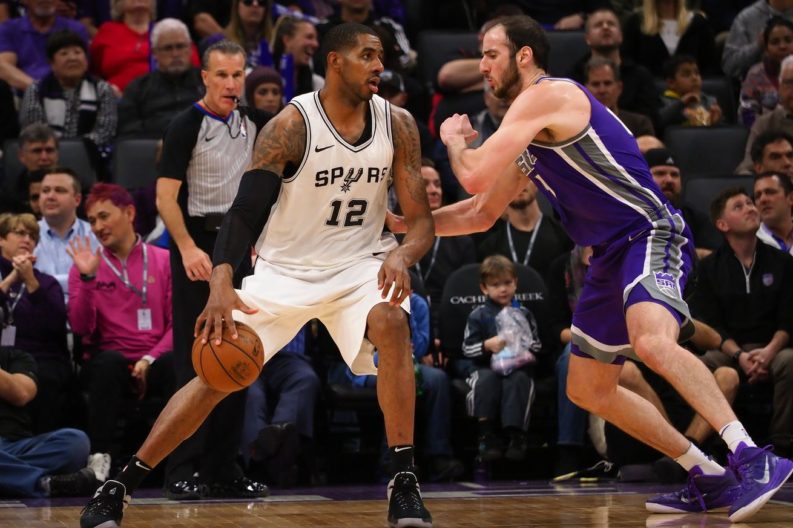 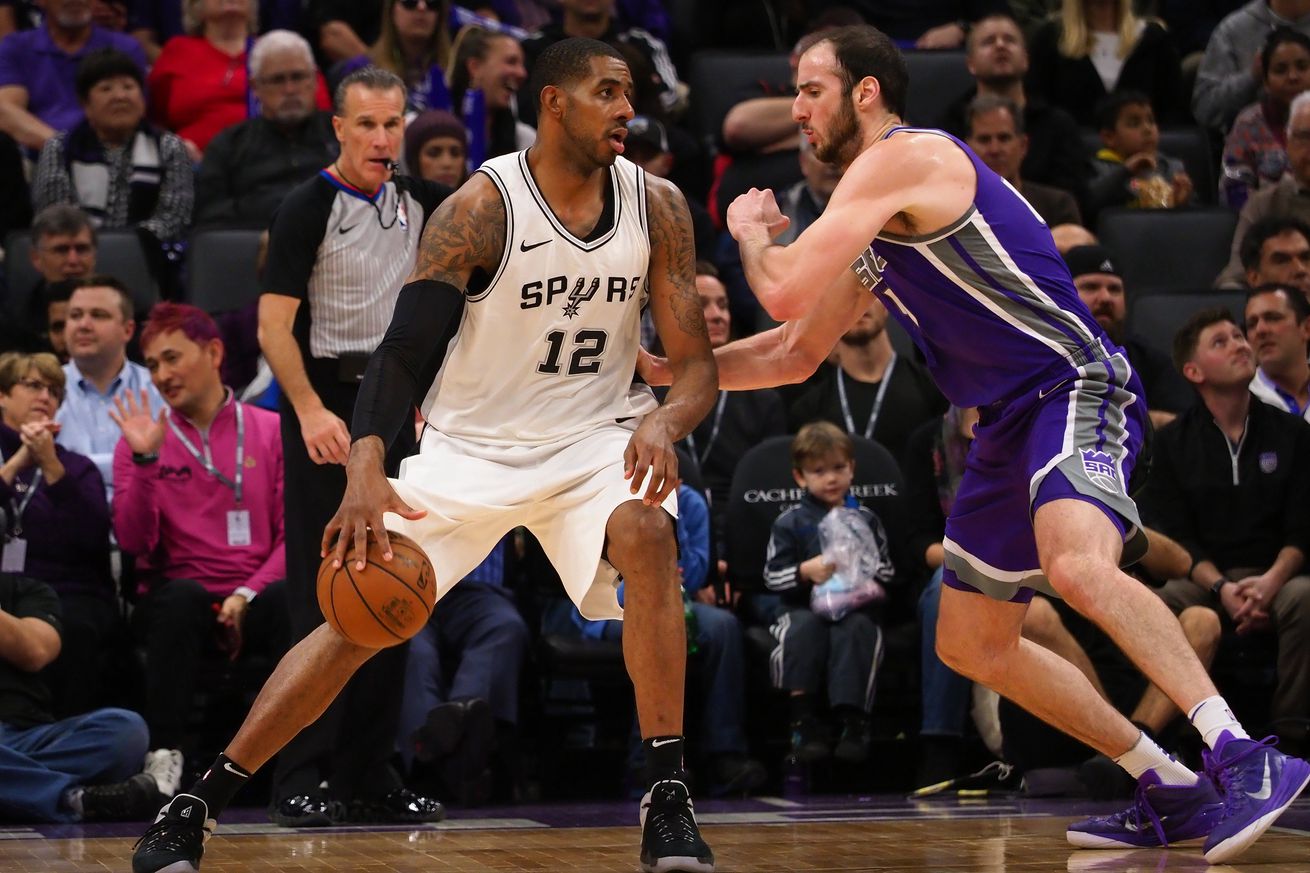 Spurs come from behind on a 16-5 run to win a FIGASENI on the road.

After coming off a nail-biter of a game that offered even more record-breaking Ginobili, so much so that he is now in his own category, the Spurs got a win from the struggling Sacramento Kings. With Grandpa Juice on a night of rest and Kawhi Leonard, Danny Green, and Rudy Gay all sitting out, the Spurs needed a boost from another angle.

The Spurs started strong with Parker making his first shot and then went cold for the next 8 shots before putting the ball in Aldridge’s hands. After the first time out, the Spurs attempted trading baskets while struggling to contain Cauley-Stein as the Spurs dug a deeper hole. When Cauley-Stein went to the bench, the Silver and Black made a push. A pair of 3s by Brandon Paul and Davis Bertans tied it up momentarily before the Kings hit two more baskets closing the first quarter.

Spurs started two-way player Matt Costello for his first minutes since November 11th, his only other game with the Spurs this season. The sharing and shooting began to improve but their inability to put the stops on Sacramento left them a half-dozen behind consistently. Spurs ended the half unable to pull down defensive rebounds or run the Kings off the 3-point line. Turnovers added insult to injury and save a small burst of lay-ups, the good guys headed into the locker room down by 10 after being down by as many as 14.

One highlight in Sacramento pic.twitter.com/Z4cm82VyMa

The second half didn’t start out much prettier than the first and by the time the teams took a break at the 7:34 mark, the Spurs had only pulled in 2 points closer. Much of that could be attributed to LMA who was due for a break, but the big man returned and made back-to-back baskets closing the gap even further. The Spurs went on a 10-3 run and pulled within 3, but Sacramento had a response each time the game was too tight. After a steal and cross-court pass from Bertans to Patty Mills, the Spurs were once again within 3. Bertans made a 3 out of the time out to tie it up before assisting to Mills a second time on his 3, giving the Spurs their first lead since 2-0. The efforts of Garrett Temple kept the Kings within one until taking the lead again on back-to-back makes before Kosta Koufos put the Kings ahead by 3 at the break.

The Spurs didn’t waste any time with their go-to players as LaMarcus started the 4th. Two-and-a-half minutes later the Free Bertans movement was back in full effect. Davis was on season high minutes and points before even stepping into the final frame. Not that the Spurs need more injury woes, but Tony Parker walked off with a twisted ankle. A 12-1 run led by Bertans and Aldridge put the Spurs ahead by 6 as the final two minutes began to tick down. The Kings 17 turnovers resulting in 22 Spurs points held the purple at arms’ length. The 16-5 final run closed out the win and ended the drought of road trip SEGABABA losses.