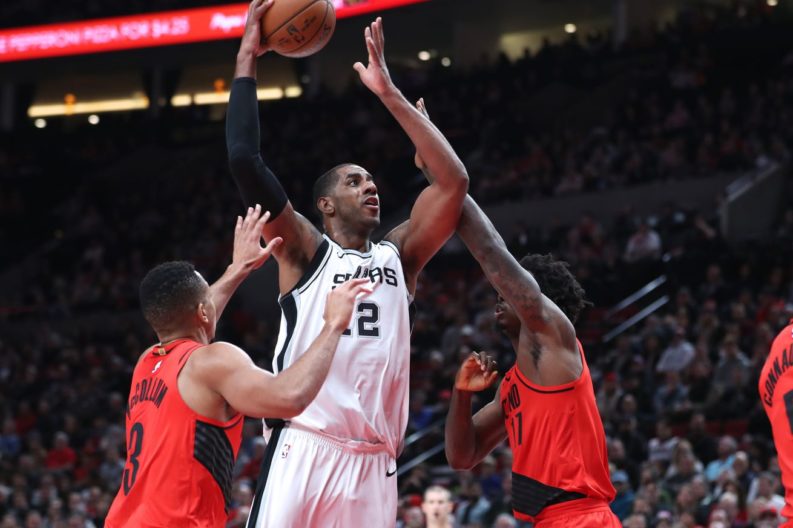 The Spurs dropped a close one on the road, despite 30 from Aldridge and 26 from Manu.

The Spurs came into Portland without Tony Parker, Kawhi Leonard, Danny Green, or Rudy Gay, but the Trail Blazers were without Damian Lillard, which felt like a bit of balance. With both teams shorthanded, this ended up being a close game.

The Spurs built a 53-48 lead at halftime, with LA leading the Spurs, and all scorers, with 15 in the first half. Jusuf Nurkic led the Blazers with 11. The Spurs built up the 53-48 halftime lead behind a 15 point first half by LaMarcus Aldridge. The Spurs seemed to be in control, even while being so shorthanded on the road. Then the second half came.

The Spurs built up a 12 point lead, but allowed the Blazers to fight back by the end of the 3rd quarter to tie the game at 80. Nurkic bullied Aldridge under the rim for the entire night, and even though LA ended up with 30 points, he missed some easy shots under the rim, and missed the game winner at the top of the key. Mo Harkless killed the Spurs in the second half, going 7-10 for the game and ending with 19. Manu continued sippin’ that grandpa juice, hitting a late three, adding to his 26 on the night, and 6-9 from 3, missing a few important shots late. Down 1 with 30 seconds left, Kyle Anderson went to the line and hit both to give the Spurs the 110-109 lead with 13.4 left. The inbound went to CJ McCollum (25 points to lead the Blazers), who drove the lane and dropped in the floater with 5.9 seconds left, which ended up being the winner, after LA missed the fadeaway to end the game.

The Spurs drop to 27-14, and are in Sacramento tomorrow at 9pm CST