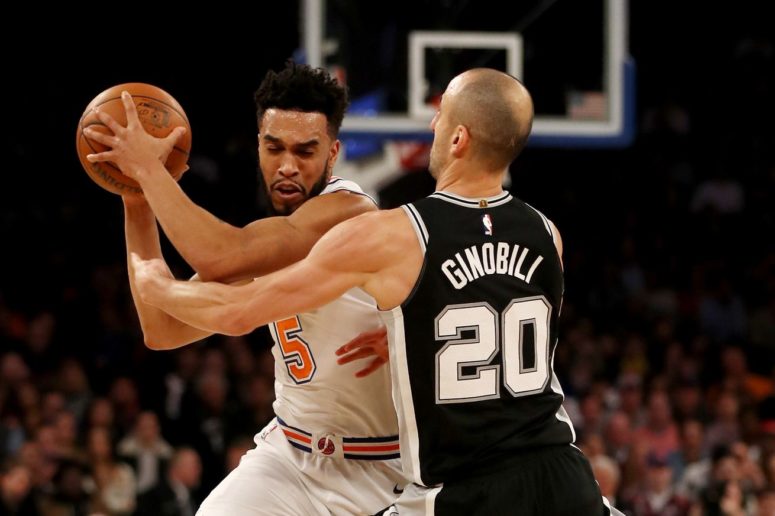 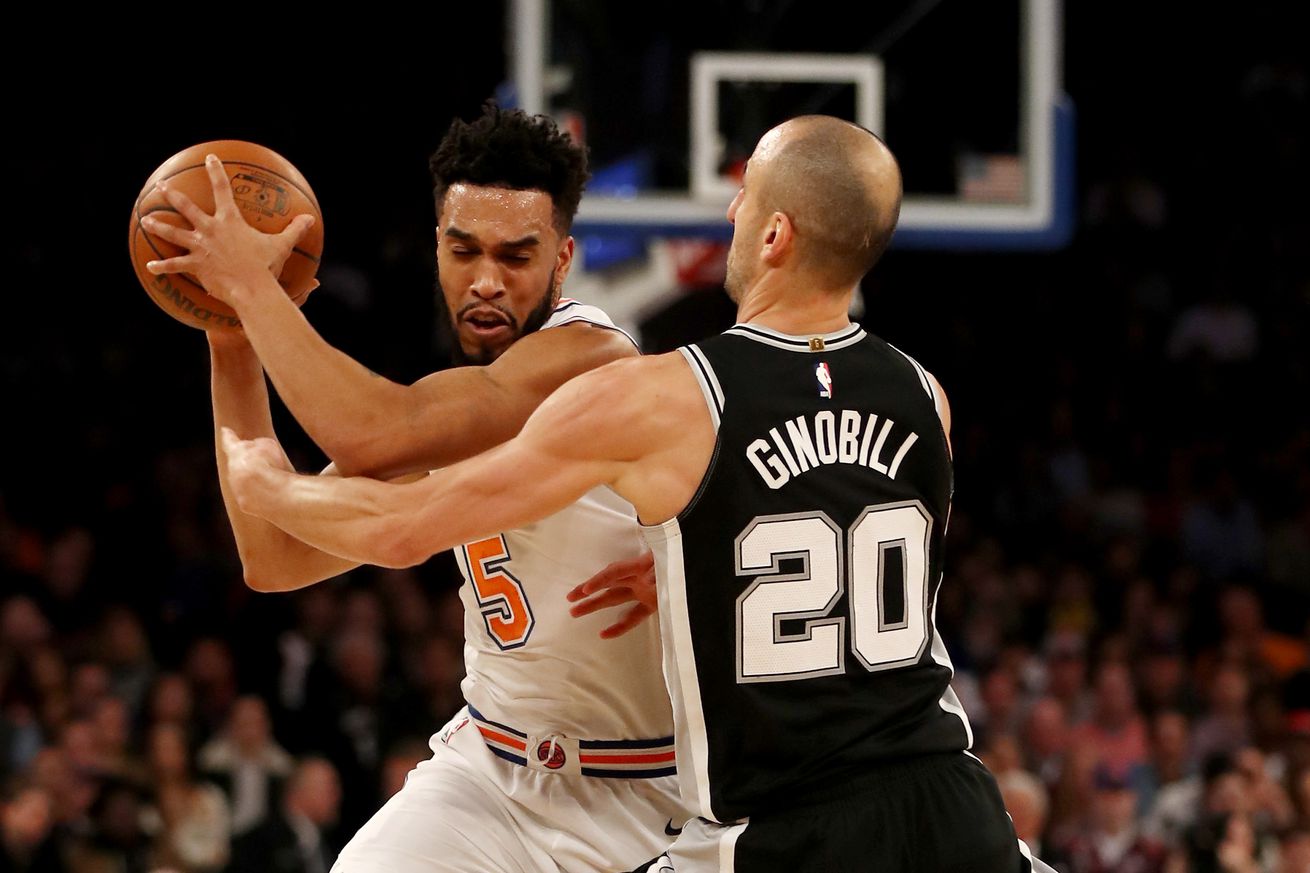 Hot-shooting 2nd and 3rd quarters get the Spurs out of MSG with a W.

The Spurs came into tonight’s game against a New York Knicks team with a solid 15-6 record at home looking to fight off their own road demons. While the Spurs weren’t great tonight, the effort that was lacking in the loss to Detroit was definitely there, and it was enough to secure a 100-91 win.

The Silver and Black won this one by outscoring the Knicks by a total of 18 points in the middle two quarters. Despite a horrific fourth quarter that saw the Spurs only hit 4-20 shots to drop them to below 40 percent shooting for the game, the Spurs managed to keep the Knicks at arms-length by playing good defense, crashing the boards, and getting to the free throw line.

They were led by LaMarcus Aldridge’s 29 points and a season-high 25 from Kawhi Leonard. Pau Gasol, Davis Bertans and Manu Ginobili also scored in double figures for the Spurs, while Michael Beasley led the Knicks with 18 points off the bench. All the of the Knicks starters scored between 10 and 13 points.

Perhaps the biggest note of the night was after Leonard again struggled early on offense, missing his first five threes, he adjusted and started attacking the rim more. That opened up the rest of the game for him, and he finished the night looking much more comfortable and hitting his last three three-pointers.

Look how long it takes for everyone to realize Manu’s lob attempt went in as a three-pointer. #StillManu pic.twitter.com/2rCTGPbZA9

The Spurs improved to 26-12 overall and 9-10 on the road. Tonight they are taking the train to Philadelphia for a showdown with the upstart 76ers tomorrow. Tip-off will be at 6:00 PM CT.