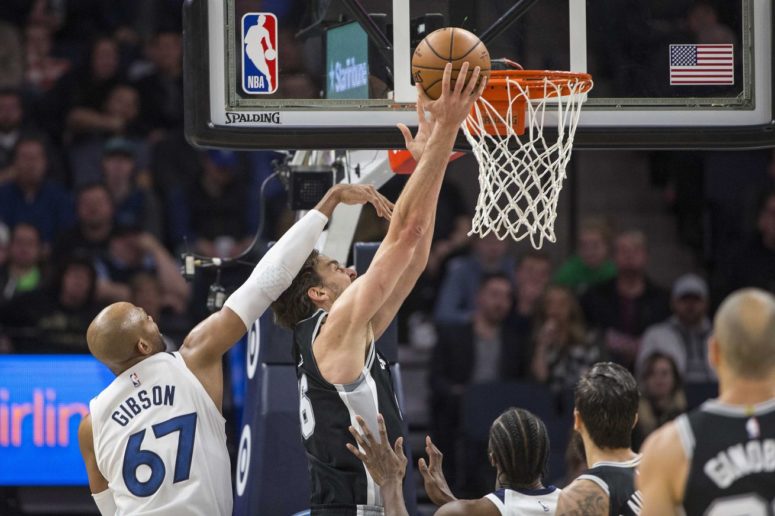 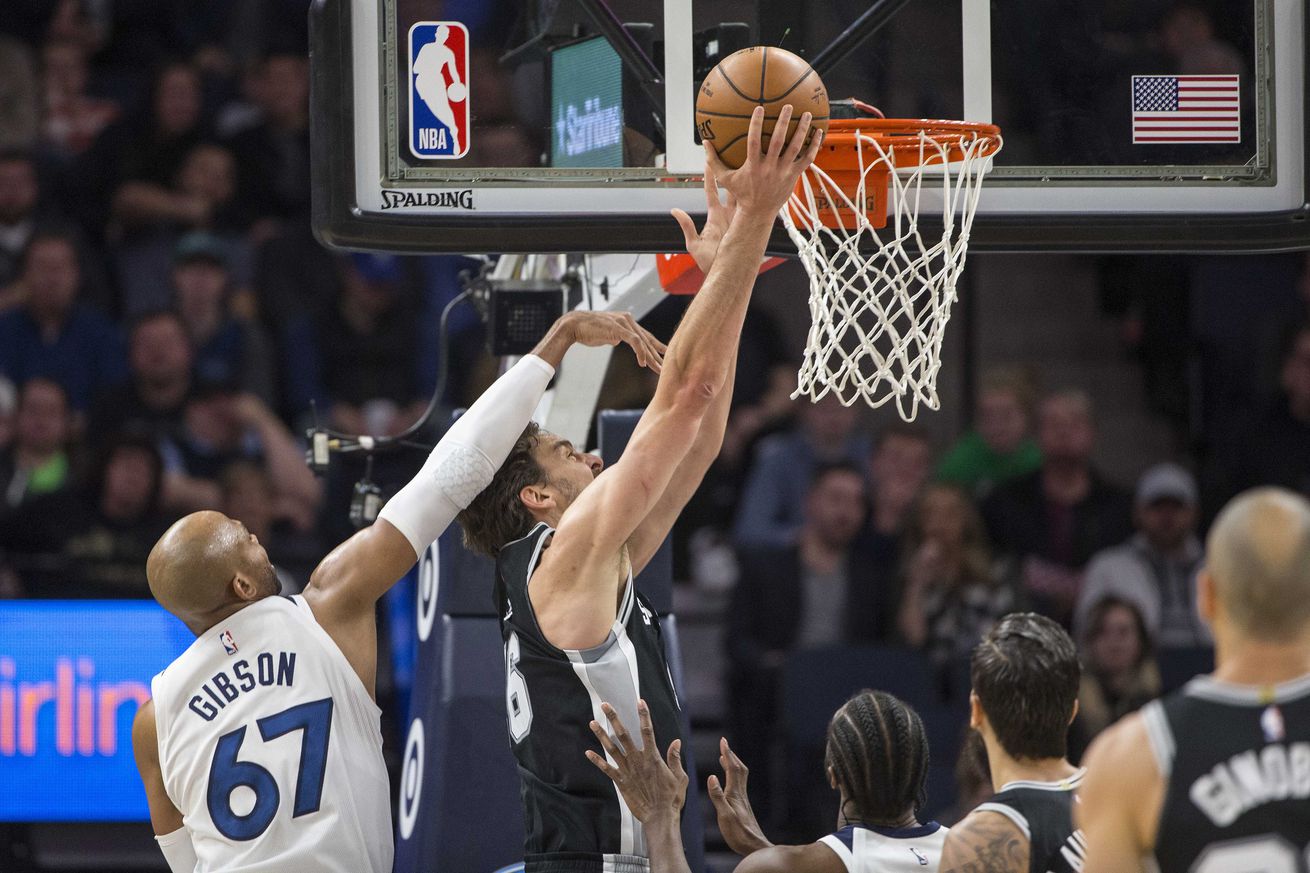 In their second meeting this season, the Wolves out-hustle the Spurs for their first win against SA since 2014

The Spurs won 12 straight against the Timberwolves, having not lost since April of 2014. That all ended Wednesday in Minnesota, as Karl Anthony Towns had a double double-26 points and 16 boards- on his 22nd birthday.

Taj Gibson opened the scoring with a 3 over Pau Gasol and the Spurs missed three straight before Pop called time. Danny Green hit a running floater around swarming Minnesota defense to stop the early bleeding. After back-to-back buckets by Pau, the Spurs took their first lead of the game at 6-5. Joffrey Lauvergne came in for LaMarcus Aldridge, who picked up two quick fouls, and showed his worth quick with his hustle on both ends. Dejounte Murray flabbergasted the Wolves with his length, best on display with a putback Pau missed 3. The Pups’ defense cooled down as the quarter went on, and the Spurs’ picked up, keeping Minny under 20 points for the quarter, and just under 27% shooting. The Spurs took a 24-18 lead into the second quarter while shooting 50% including 2-5 from 3. Pau Gasol led the visitors with 7 points in the quarter, while Karl Anthony-Towns had 8. The Spurs bench outscored the Wolves 15-3

Aldridge opened the scoring in the second quarter with a shot from the elbow, but the T-Wolves crawled back into the game, grabbing the lead off a corner 3 by Shabazz Muhammad. Aldridge took a seat after picking up his third foul about midway through the period, and the Wolves took advantage, hitting 12 straight shots, with KAT hitting 4 of those. They brought their shooting percentage up to an even 50% for the game in the quarter, thanks to their run. The Pups also took advantage of 8 turnovers by the Spurs, only giving up 2 in the first half. Jeff Teague hit a 3 from the elbow to give his team a double digit lead for the first time in this game, and then hit a runner at the buzzer to take a 57-43 lead into the half. Pau still led the Spurs at the half with 9 points, while KAT led all scorers with 18, and the visitors were outscored 39-19 in the quarter.

The teams began the third trading misses before Gasol opened up the scoring by backing down Gibson to make him the first Spur in double digits. The Spurs traded baskets, with the Spurs making the occasional stop to cut the halftime deficit in half by the 6:00 mark. Aldridge had to sit after picking up his fourth foul by bowling over KAT. After that, the Spurs turned the ball over on 3 straight possessions, and Minny took advantage again, stretching the lead back to 9. After the timeout, Manu traveled and the Spurs missed 4 straight shots, so I think they got the message. The highlight of the third quarter for San Antonio was a 3⁄4 court shot by King Joffrey that hit the rim. The visitors went into the final frame down 75-65.

In the fourth, San Antonio settled for long twos and missed their first three shots before Rudy Gay hit a 13 footer from the corner, but then compiled a 10-2 run to bring them back within 5 with 7 minutes left in the game. Taj Gibson and Jeff Teague took the lead back to 10 before Pop called time. The rest of the quarter was more of the same, as the Spurs ended with 16 turnovers vs 7 for the Timberwolves. A transition 3 by Danny Green off a steal by Patty showed a bit more life, but that was the first fast break points by the Spurs. Pop brought the reserves in with about 90 seconds left and the Spurs down 9, but there was no underdog story to be had, as Taj Gibson iced the game with a corner 3 to give the Wolves the win, and the lead over the Spurs in the Western Conference standings. Aldridge led the Spurs with 15 points and 10 rebounds on a quiet night.

The Spurs have the Thunder in San Antonio Friday at 7.