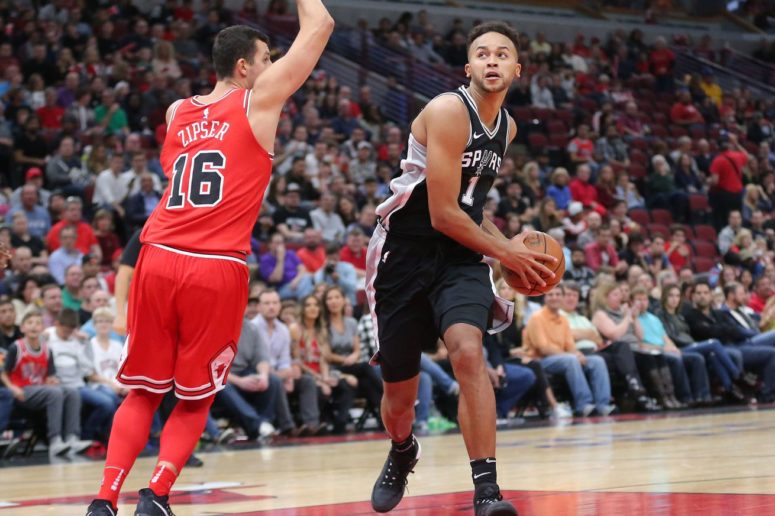 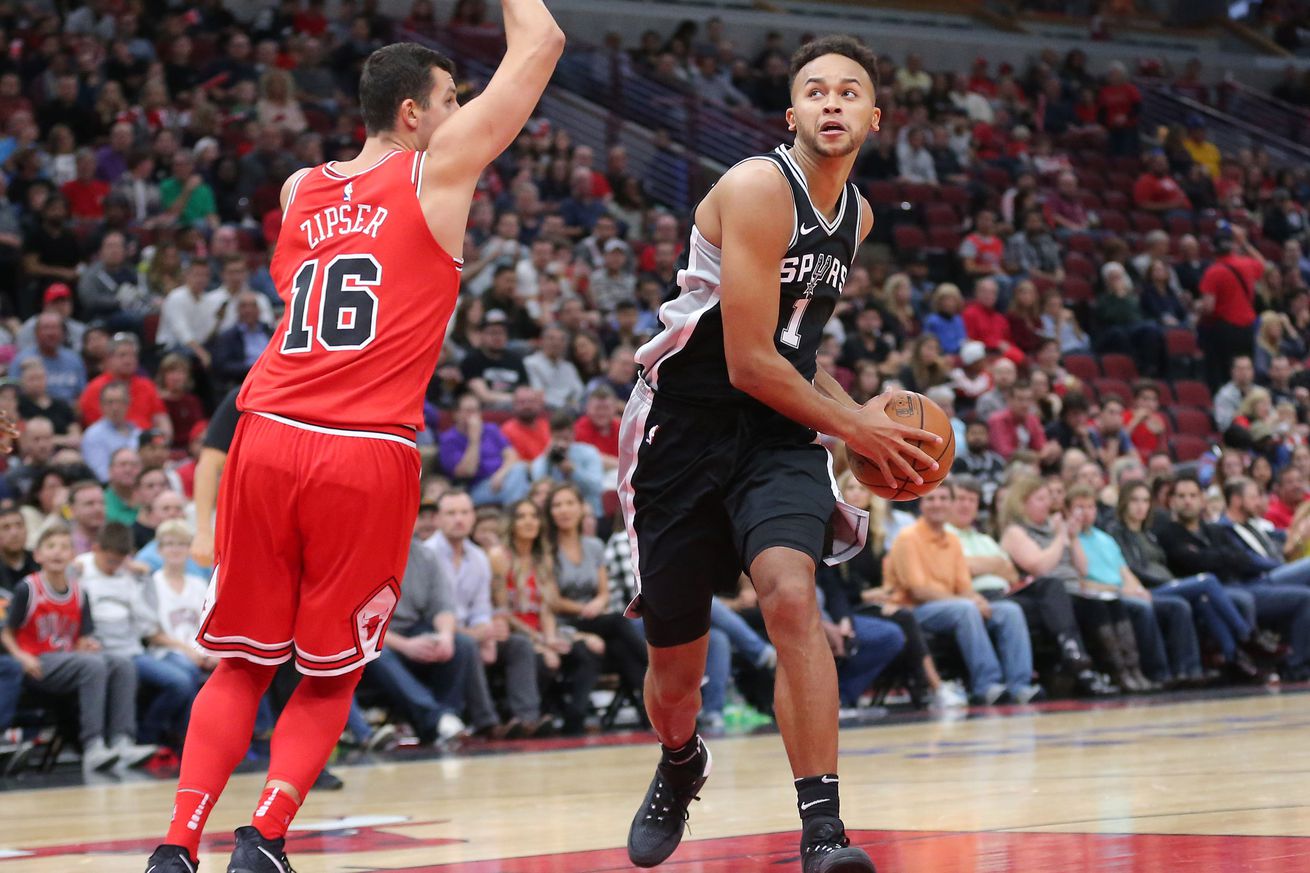 In an ugly low-scoring affair, the Spurs overcome the Bulls to improve their season record to 2-0.

San Antonio played down to the level of the talent-strapped Bulls for much of the game, but late in the third quarter and early in the fourth, they pulled away for a comfortable win behind the solid play of Rudy Gay and LaMarcus Aldridge. Manu Ginobili was Manu, and Dejounte Murray had another solid game contributing on both ends after a slow start.

Robin Lopez started the scoring for the Bulls with a lay in, and a Lauri Markkanen triple put them up 5-2, but the Spurs went on a run led by Pau Gasol and LaMarcus Aldridge, along with a nifty Kyle Anderson Euro-step layup. Despite the obvious talent difference, the Bulls kept pace with the Silver and Black for most of the period with neither team burning up the nets, but the final brick of the quarter was laid by RoLo and the Bulls led 21-19 after one.

The lackluster offense continued into the second quarter as there appeared to be a lid on the basket on both ends. Late in the quarter, two quick buckets from Rudy Gay and a breakaway steal and dunk from Manu broke up the monotony, and the Spurs led 41-38 at the half. In the quarter, the Bulls matched their first quarter offensive outburst with 19 points, but that was eclipsed with the insane 24 points in 12 minutes offensive explosion from the red hot Spurs. It’s one of the first games where I’ve looked forward more to the commercial breaks than the actual game play. Well, there’s always the second half, eh?

Robin Lopez made the first triple of his career early in the third, but Aldridge started to overpower his man on both ends of the floor, and the defensive intensity picked up. Danny Green’s Tar Heel Triple put the Spurs up by eight halfway through the quarter, and the superior talent of the Silver and Black began to overwhelm the team in red. The Spurs surged ahead with a 13-2 run midway through the quarter. But late in the quarter, the Spurs missed a ton of point blank shots that could have put the game out of reach. They still led 65-55 after three.

The tough defense of the Spurs began to tell on the Bulls as the margin stayed in the double digits. The Bulls made enough buckets in garbage time to make the score look a little more respectable, but they were never able to get it close enough to have a chance. The Spurs won 87-77.

This video was directed by my college buddy Brian Hansen, who died not long after it was released.

The Spurs play the Toronto Raptors on Monday in San Antonio at 8:30 PM. See you on the game thread.