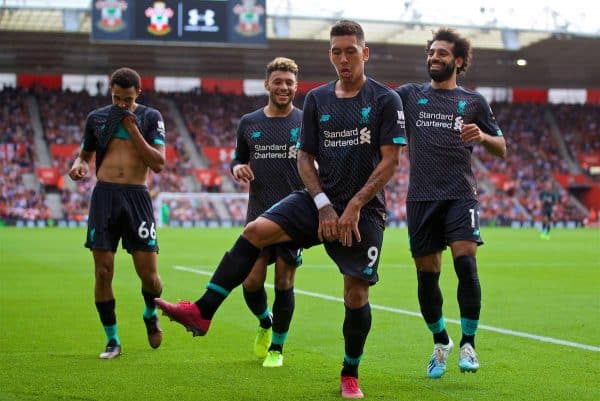 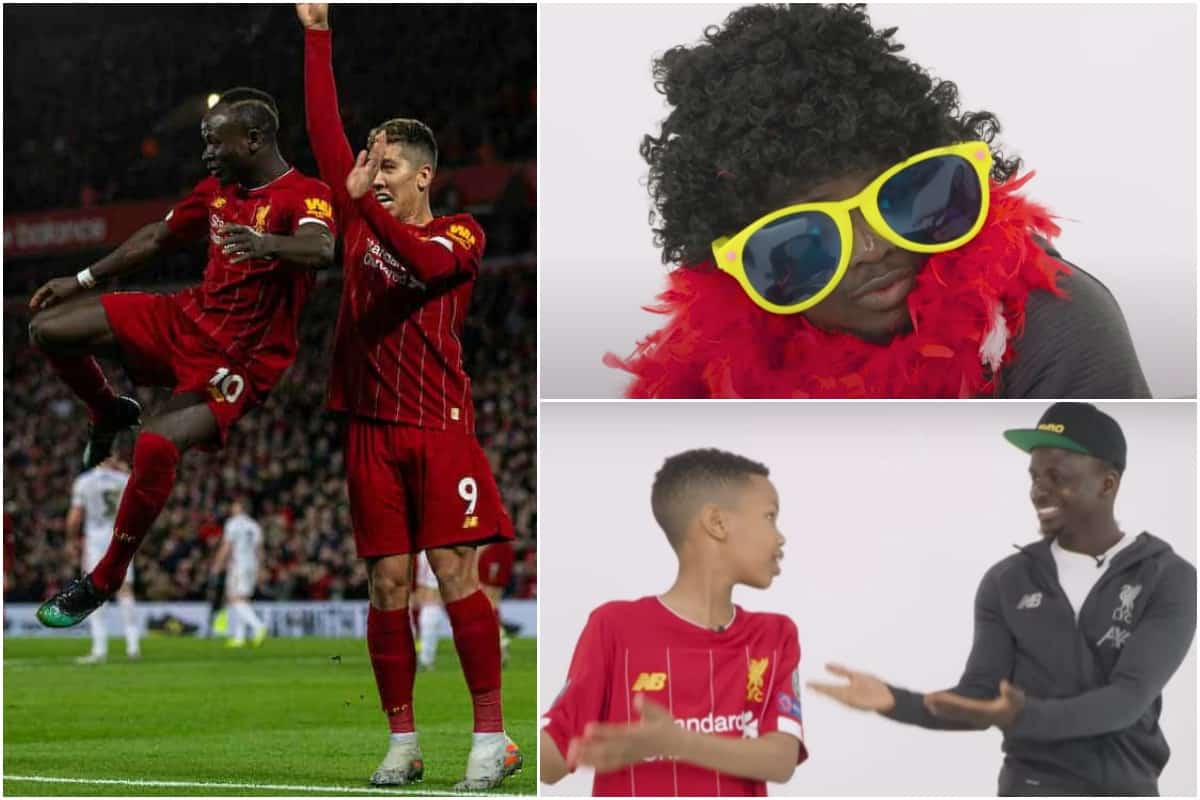 Sadio Mane has addressed the copycat claims against him in relation to Roberto Firmino’s goal celebrations, and it’s not as one-sided as it seems.

For much of the time Mane and Firmino have spent together at Anfield, claims have been levelled at Liverpool’s No. 10 over his mimicking of the Brazilian’s celebrations.

From the machine gun to the kung-fu kick over the last four years, the duo have kept eyes locked on them after either has found the net, awaiting what is next in the long-running celebration saga.

It has been an entertaining side piece to the main event that is Jurgen Klopp’s Liverpool machine, and in an ‘difficult questions’ interview with a number of Kop Kids, Mane looked to set the record straight.

And it is important to note that the video was filmed earlier in the year before social distancing practices were put in place.

“Good question. Everybody thinks I copy Bobby but I remember last year one he had done like this [sweeping arms to the side] but I did it [slightly different], this one was for me but he scored before me,” Mane explained.

“So he did it and then I do it but it was mine.

“The one at Southampton as well was mine, I scored first but I forgot to do it and he scored and then I did it and people say I copied Bobby.

“Sometimes I copy him but sometimes he copies me!”

A game of tit for tat so it seems between the pair who have combined for 29 goals so far this season and it’s one few would expect to stop anytime soon, and who could blame them.

The six-minute interview is certainly worth setting aside time for, with the 28-year-old opening up on how he is “a lazy guy” off the field, and most notably his childhood dream of making it at the top has come to fruition by playing for the Reds.

“When I was younger my dream was to become a football player and that’s why I do everything possible to follow my dreams to come play for the best club in the world, and I think Liverpool is,” he said.