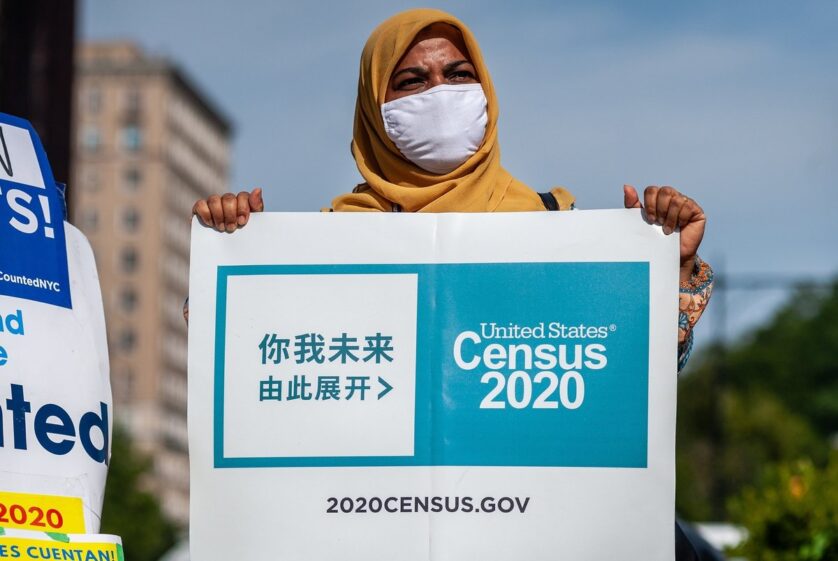 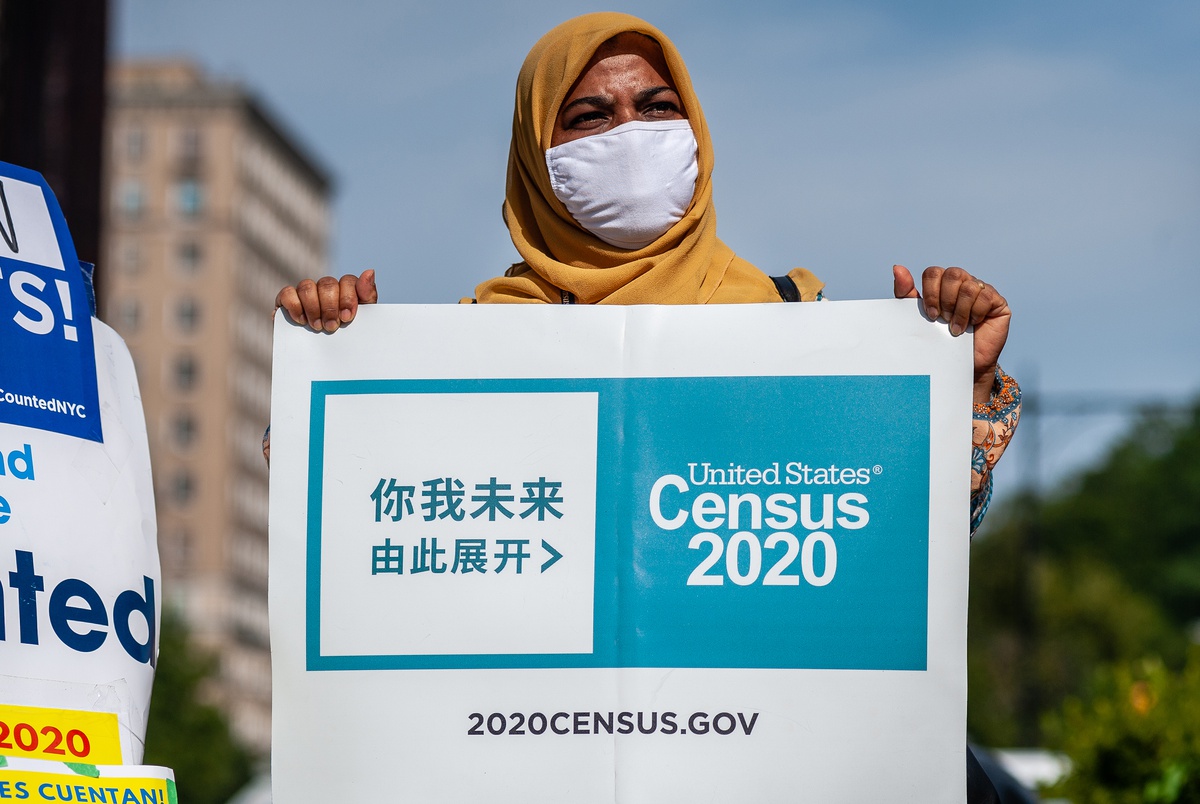 The Trump administration’s protracted efforts to keep some immigrants from being counted when Congressional seats are divvied up after the 2020 census ended with the former president’s departure from the White House, but President Joe Biden’s administration inherits a census running far behind schedule.

Among his first acts after being inaugurated, Biden on Wednesday is expected to sign an executive order undoing his predecessor’s plan to keep undocumented immigrants from being included in the state-by-state tallies that determine how those living in the U.S. are represented in Congress for the next 10 years.

Trump’s scheme to fundamentally alter the process had already been foiled by processing delays, but Biden’s order serves as an official reversal as state lawmakers wait for the detailed census results they need to reconfigure political districts to reflect a decade’s worth of population growth.

The most significant effect for Texas politically remains an extended delay in the Legislature’s efforts to redraw the state’s congressional and state legislative districts, and part of the job could ultimately fall to a Legislative Redistricting Board or the courts.

Texas lawmakers would ordinarily expect to receive detailed data from the census as soon as mid-February — marking an unofficial kickoff to the redrawing of political districts so they’re roughly equal in population. Instead, the Texas Legislature is operating on uncertainty.

The coronavirus pandemic took hold of the country last year just as it was set to begin the high-stakes, once-a-decade count of every person living in the U.S., setting back elaborate plans for counting communities and the deadline for tallying by several months. With the release of that data delayed — and amid political turmoil at the Census Bureau — it remains unclear whether lawmakers will even be able to embark on the redistricting process before the end of the regular legislative session in May.

“It appears to me [that] a reasonable person would look at what is occurring today and believe the numbers would not come until early summer, but don’t hold me to that,” state Sen. Joan Huffman, the Houston Republican who chairs the Senate redistricting committee, said on the Senate floor last week.

The constitutionally mandated census sets the baseline for how residents are accounted for by the state and flows down to Texans’ daily lives for an entire decade. It serves as a roadmap for distributing hundreds of millions of dollars for everything from early childhood programs to highway planning. It guides community building, including where grocery stores are built and whether schools will be large enough to host students. And it determines political power, with population figures tied to how many seats Texas gets in Congress, the state’s count of Electoral College votes, and how people are distributed into political districts.

Texas should post huge population gains, with estimates showing it has grown by more than 4.2 million residents since 2010. Though it’s unknown how much of an undercount the state might face, that estimated growth puts it in line to gain two to three more congressional districts now that Trump’s efforts to exclude undocumented immigrants have been quashed.

The U.S. Supreme Court shot down Trump’s initial bid to add a citizenship question to the 2020 census. Processing delays coupled with whistleblower reports left the president without the data on undocumented immigrants he would have needed to keep them from being counted in the redistribution of congressional districts. And on Monday, the Trump appointee at the helm of the bureau said he was leaving his post on Wednesday, months before his term was set to expire.

Excluding undocumented residents could have cost Texas several seats in Congress and would have led to a drastic realignment of political power throughout the state.

But with the ongoing delays, the Texas Legislature is still approaching unpredictable territory.

The Census Bureau was statutorily required to produce the population numbers that determine how many congressional seats each state gets by Dec. 31, but lawyers for the federal government indicated in court hearings that those counts won’t be ready until early March because anomalies in the data must be fixed. The detailed census results used to redraw districts come in a second dataset that must be delivered to states by March 31. The federal government has not provided details on when that data will be available.

In 2011, the Census Bureau began delivering the second dataset to Texas lawmakers on Feb. 17.

In announcing his executive order on Wednesday, the Biden transition team indicated the president would “ensure that the Census Bureau has time to complete an accurate population count for each state” in search of apportionment that is “fair and accurate so federal resources are efficiently and fairly distributed for the next decade.”

“I think at this point the delays are probably a good thing” because the data is being scrubbed for accuracy, said Joaquin Gonzalez, a voting rights attorney with the Texas Civil Rights Project, which has been pushing for a more transparent redistricting process at the Capitol.

In a joint statement released earlier this month, a group of former directors of the Census Bureau indicated it was “appropriate” for the bureau to take the necessary time to ensure the count was accurate given the delays caused by the pandemic.

However, state lawmakers are up against a constitutional clock that says state House and Senate seats must be redrawn by the Legislature during the first regular legislative session after the census is published. If they fail to do so, the Legislative Redistricting Board — a panel made up by the lieutenant governor, the Speaker of the House, the attorney general, the state comptroller and the state land commissioner — takes over the mapping with no requirement to hold hearings for public input.

“In some ways, the worst case scenario is that the data comes down to the states in May or something like that because then the Legislature really doesn’t have time to do its job correctly, but because of the state constitution the state districts would automatically get sent to the [Legislative Redistricting Board],” Gonzalez said. “In terms of public participation and transparency, that’s sort of the worst case scenario.”

Nodding to the Legislative Redistricting Board, Huffman said last week that lawmakers have “great incentive” to finish their work so they have a say in the crafting of their own maps if the data comes in during the regular legislative session.

In the House, state Rep. Phil King, a Weatherford Republican who led the chamber’s redistricting committee last session, argued there was room for the Legislature to complete its mapdrawing in a 30-day special session of the Legislature, which would need to be called by Gov. Greg Abbott.

But disagreements are already brewing over the timeline crunch, which is likely to draw objections from Democrats over whether the redrawing of legislative maps can legally begin after the regular session ends.

With lawmakers fighting for political survival, redistricting is a contentious exercise featuring arguments over which voters go into what districts and how dividing lines should shift as the Legislature reconfigures districts to line up with updated population counts. It’s also a pursuit of political entrenchment as those in control — in this case Republicans — work to fortify their majority against changing voting patterns and another 10 years of population growth.

Because Republicans will have virtually free range to carve out a map that’s advantageous to their party, the delay in census data could provide an opening for Democrats to seek a legal avenue through which to kick the legislative redistricting work out of Republicans’ hands and into the courts.

“In order to do redistricting during the regular session, we are really going to be at the mercy of the Census Bureau,” said state Rep. Rafael Anchía, the Dallas Democrat who chairs the Mexican American Legislative Caucus in the Texas House.