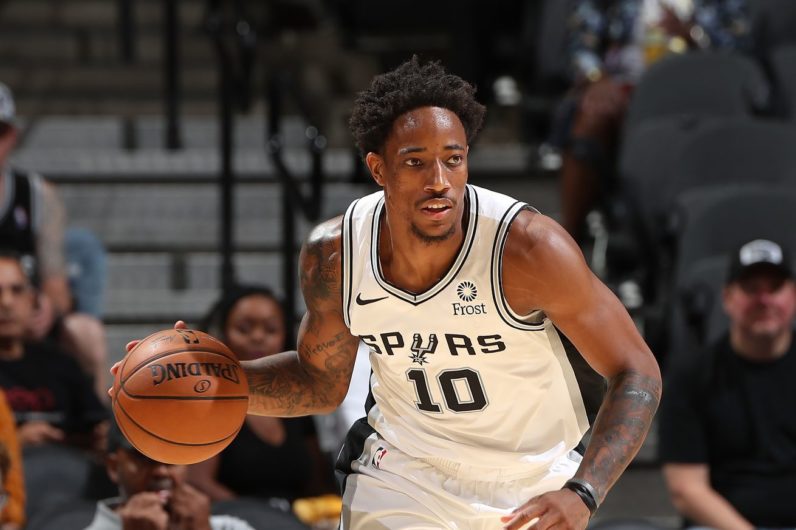 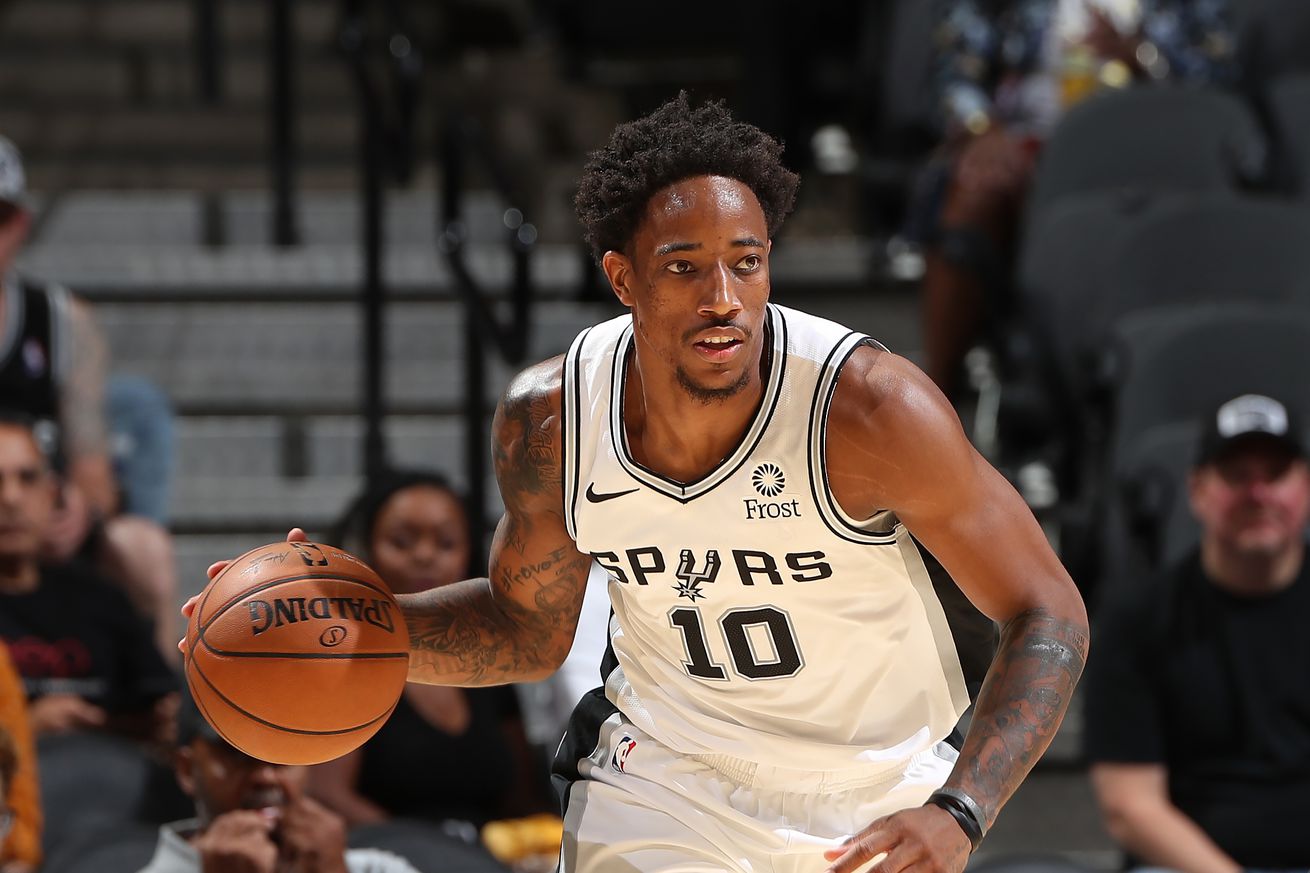 There’s still some negotiating left to do.

5:00 PM CT on October 21 was the deadline for 2016 rookies to sign their contract extensions, and the Spurs achieved their goal of signing Dejounte Murray to an extension before the deadline hit, while letting it pass on Jakob Poeltl presumably to let the market determine his value when he becomes a restricted free agent next summer.

However, that doesn’t mean they aren’t anymore extension talks to be had. DeMar DeRozan, who has a player option worth $27 million for the 2020-21 season, is eligible for a extension himself. We have known for a few weeks now that the Spurs and DeRozan were in extension talks, but according to a new report from Sam Amick of The Athletic, the two sides are still a ways apart.

“A source with knowledge of the situation says the Spurs and DeRozan have continued to discuss a possible extension, but the two sides remain quite a ways apart.”

The maximum extension he would be eligible for is four years, $150 million. It’s hard to imagine the Spurs, who are stockpiling young depth behind him, would willing to put that much time and/or money towards DeRozan, who would be 35-years-old by the time the contract ended. There is still plenty of time for the two sides to find a happy medium; it’s just a matter of determining what that is.

For San Antonio’s purposes, a two-year deal would be preferable as a way to maintain future flexibility while securing a player in DeRozan, who – if he opts out – would be the best wing scorer on the market. If the 30-year-old DeRozan picks up the option, however, he could reap the benefits of a 2021 summer in which the cap is expected to spike to approximately $125 million (looming China factor notwithstanding).

Regardless, DeRozan is a professional and has already expressed his excitement about how this season’s squad is prepared to compete, and right now the season at hand is all that’s on his mind.

ONE MORE DAY! (Or zero if you’re interested in Pelicans vs. Raptors and/or Lakers vs. Clippers.)