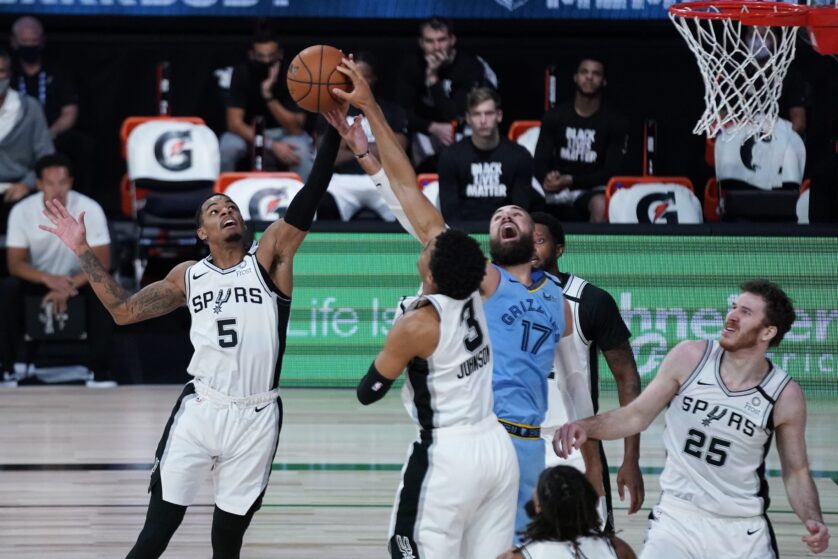 The San Antonio Spurs went from being one of the oldest teams in the NBA to having a wealth of young talent, but who will be their star over the next 10 years?

The San Antonio Spurs were the NBA’s pillar of stability for over 20 years beginning in 1998, winning five titles and establishing a playoff-or-bust mentality every season. The dynasty was made possible by the one-two punch of Tim Duncan and Gregg Popovich, who were supported by some stars and a few of the greatest role players the league has ever seen.

As expected, the Spurs haven’t been the same since Tim Duncan’s departure, going from a perennial shoo-in as a top-four seed to a team that’s now widely expected to miss the postseason.

As the team continues to evolve, a new era of Spurs basketball is taking over — one built on a foundation of sharing the ball among its diverse cast of vets and new blood. Entering their ninth game of the season, San Antonio is sixth in the NBA in assists per game while turning the ball over a league-best 11.5 times per game.

With a top-notch coaching staff led by Gregg Popovich and Becky Hammon, the Spurs are bound to develop some of the young guys into All-Stars and potential centerpieces of the team once DeMar DeRozan either moves on or gets up there in age.

The good news for Spurs fans is there’s plenty of potential on the roster already. Throwing aside the idea San Antonio could potentially land a star in free agency or through a trade in the upcoming few years, here’s my ranking of the likelihood of each guy being the man in San Antonio for years to come.