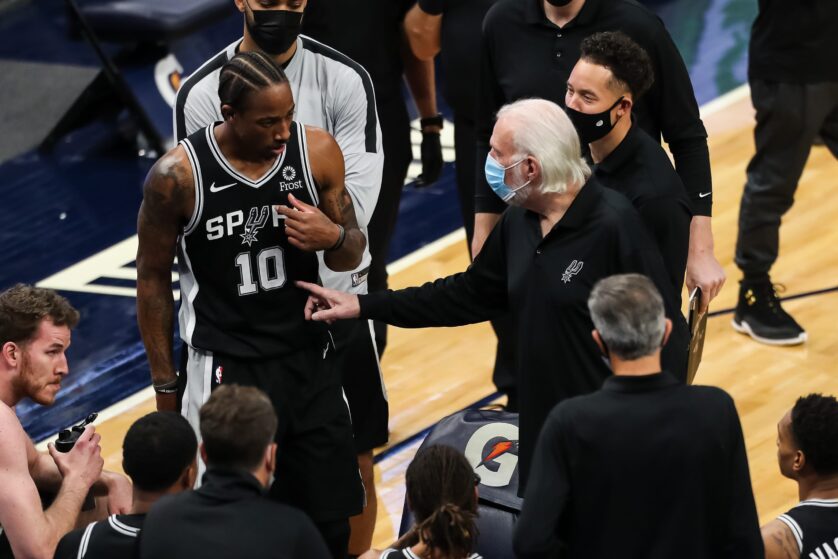 Who on the San Antonio Spurs has impressed us the most this year?

Coming into the season, our expectations for the San Antonio Spurs were modest. They’d made some moves over the offseason but the roster was, for the most part, the same as it was last year.

The roster might be mostly the same, but the way this group is playing looks nothing like the Spurs from last year. Gregg Popovich hammered home the importance of picking up where the team left off in the bubble. So far they’ve done just that.

They haven’t been quite the track stars that we predicted them to be but the Spurs have brought the heavy drive and kick offense they used in Orlando into this season. San Antonio’s guards and wings are constantly getting downhill and putting pressure on the rim.

Through 11 games, the Spurs rank 3rd in the league in drives per game. Their emphasis on getting to the rim and creating looks off of that has played right into the strengths of their stars and unlocked the potential of a few of their young guys as well.

It’s been a total team effort but performances by a few players have stood out more than others. Here are the San Antonio Spurs who have impressed us the most this year.