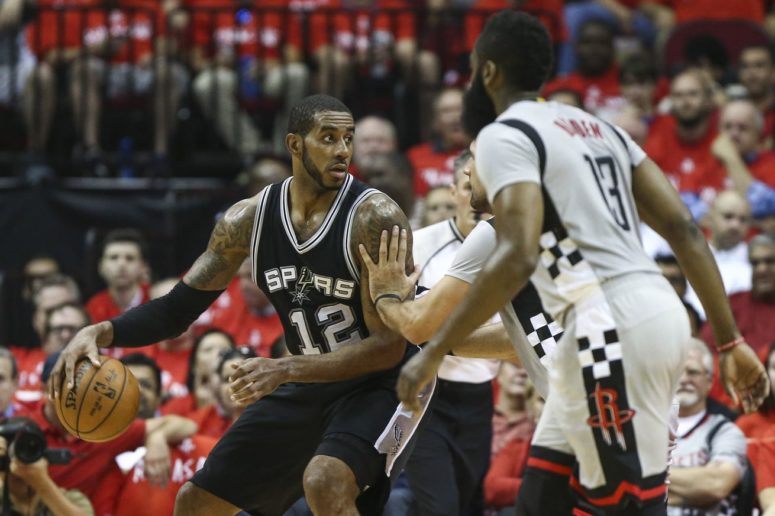 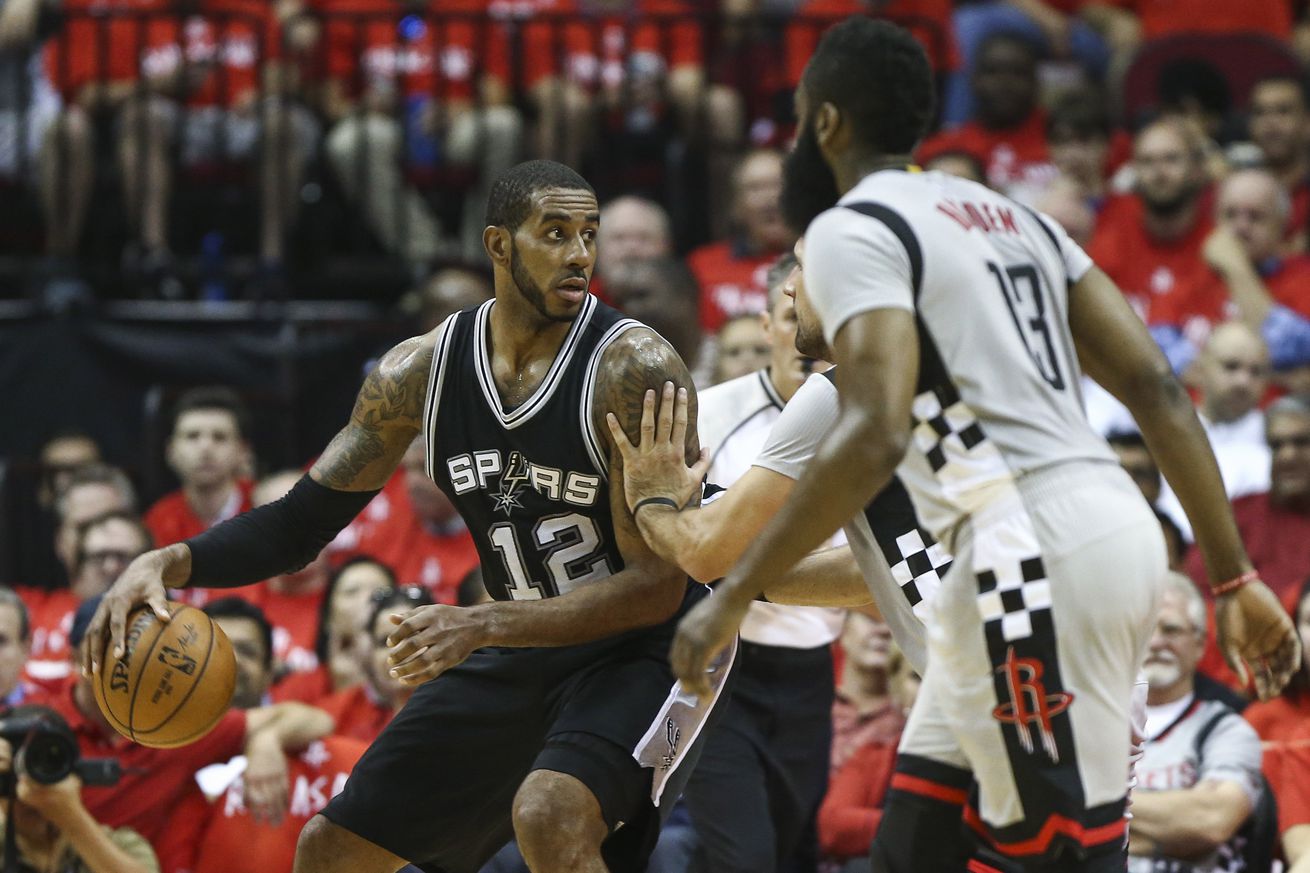 The Silver and Black wrap up the preseason in the building where they got their final playoff win of last year.

The revolution will be televised. Spurs fans have been waiting to actually see the Silver and Black in action. After a disappointing 4th quarter loss to Orlando at the AT&T Center Tuesday night, the boys find themselves in Houston to wrap up preseason play.

There are always fireworks when these teams meet, and last season offered some of the most memorable yet. More pieces have been added to the team that the Spurs eliminated in the Western Conference Semifinals, including Chris Paul, who joins the Beard in Houston’s stacked backcourt. Expect a sampling of what the revamped Rockets have to offer this season tonight.

A tribute to Harvey

You’d think the NBA would milk preseason games for all they can, but instead an early October game is much like a yeti sighting. This is the only Spurs preseason game to be televised at all, and it should be speculated that something will be made of the two Texas teams meeting so soon after the tragic hurricane. Be on the lookout for relief efforts and video tributes from the players, celebrities, and locals who have done so much to support and rebuild this community.

The last time these teams met, The Kawhi-less Spurs dominated Harden and a weathered Rockets team in Game 6 of the Western Conference Semifinals. But the momentum truly changed for good in Game 5 when Ginobili blocked Harden from behind. So good, in fact, that Pounding the Rock created a T-shirt. Always good to see our nemeses after a thorough drubbing.

Chris Paul and James Harden vs. Dejounte Murray and Danny Green. It may sound like an unfair pairing, but think about this strictly as offense vs. defense. With Kawhi out, Danny Green should get the lion’s share of time covering Harden. Dejounte on CP3 is an intense workshop on covering stellar NBA point guards. During the regular season, we might see Patty make a quick substitution off the bench, but in preseason expect Pop (or his designated leader) to let Dejounte develop and work it through.

Good time to be a Spurs fan

With Leonard and Parker out, preseason is a great time to get a look at the emerging Spurs. Sure, San Antonio didn’t get a “marquee signing” in free agency (which is a matter of perspective, because I have always thought Rudy Gay is awesome), but Joffrey Lauvergne shows great court vision, Derrick White has a comfortable 3, and Brandon Paul has created some highlight-reel moments in his limited minutes.

Remember, with the Spurs, it’s not about the load-bearing superstar as much as the supporting cast throughout. A deep bench will see the Spurs make a deep post season run.

Game prediction: Spurs bounce back from a loss, Houston’s winning streak meets the Spurs, Spurs look good on national TV for their mamas, and end the preseason with a bang by 13.