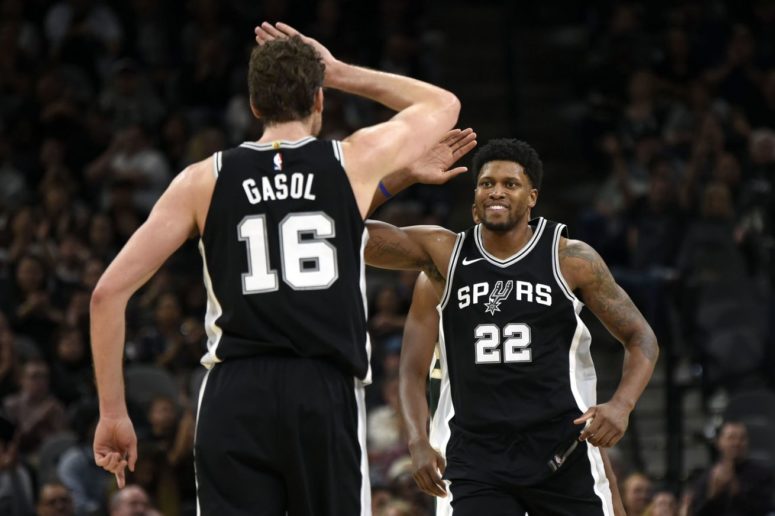 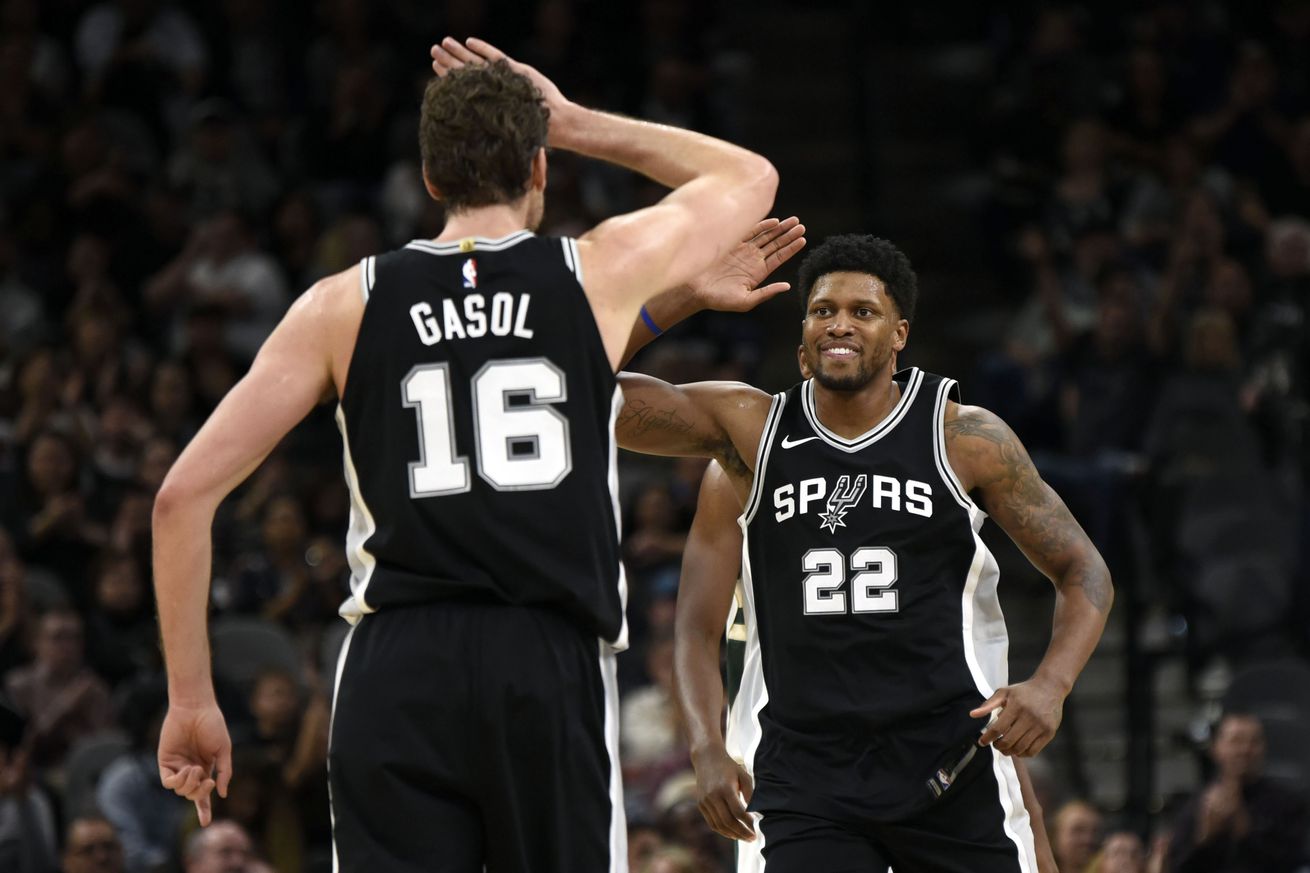 The Spurs finished off their home stand with a solid 4-2 record.

The San Antonio Spurs finished off their six-game home stand with a 4-2 record that can be considered successful under the circumstances. No one reasonably expected them to beat the Warriors sans Kawhi Leonard and Tony Parker (nothing new there), and while they’d probably like to have that sloppy loss to a beatable Bucks team back, they were still up against Giannis Antetokounmpo, the top scorer in the league, without their defensive ace.

(This is referring back to last season, but if any know-nothing still needs convincing about Leonard’s impact just because the Spurs can still win some games without him, just look at what lengthy wings like The Greek Freak and Kevin Durant do to the Silver and Black without him.)

Overall the Spurs showed plenty of improvement during a 2-1 week with convincing wins sandwiched around that Bucks loss. With four players scoring 19 points or more, they had arguably their best offensive showing of the season against a Clippers team that should make the playoffs. They also throttled the helpless Bulls for a season-high 133 points despite being down six players to either injury or rest thanks to a full team effort and eight players scoring in double figures. In stark contrast to their loss, the Spurs had 33 assists in both wins and outscored their opponent by double figures in the third quarter.

This upcoming week also presents some winnable games as the Spurs head out to face their IH-35 rivals (in name only at this point) in Dallas, followed by a rematch against the T-Pups in their house before returning home to take on an OKC team that is still trying to find a way to get three ball-dominant stars to co-exist. It will still require a full team effort, but the Spurs are showing more and more cohesion with each passing game while remaining in the top 4 of the West, and until this team returns to full strength that’s about the best we can ask for.

Week 4: Home Sweet Home – After a long road trip, the role players step up in the comfy confines of home.

The Spurs’ six-game homestand included a not-so-encouraging update on Kawhi Leonard, but also the team’s best offense of the season (though the last four games were against bottom-12 defenses). Not only did they score 111 points per 100 possessions over the 10 days, but their passing and assist numbers also were up. Tuesday’s win over the Clippers, with seven Spurs recording three or more assists, was a throwback. Bryn Forbes is suddenly getting rotation minutes and has been a big reason why the Spurs have shot 44 percent (second best in the league) from 3-point range in November.

Down to putting Darrun Hililard and Matt Costello into the rotation with all the injuries of late.

Through their first eight games of the season, the Spurs had the third-worst offensive efficiency in the NBA (98.4) and were getting outscored by four points per 100 possessions. In their past five games, San Antonio has the fourth-best offensive efficiency (114.8) and only the Warriors and Rockets have a better net efficiency.

In their win against the Clippers, the Spurs had three guys (LaMarcus Aldridge, Danny Green and Rudy Gay) go for 20 or more, which marked the first time since 1997 that three Spurs other than Tim Duncan, Tony Parker, Manu Ginobili or KawhiLeonard went for 20+ in a game. Crazy!

Until Kawhi Leonard comes back, this section of the Power Rankings may turn into a weekly case on why Rudy Gay should be Sixth Man of the Year. He is destroying second units in his current role and it’s played a huge part in keeping the Spurs afloat while they await Leonard’s return.

Kawhi Leonard, who has been sidelined since before the preseason with right quadriceps tendinopathy, is “coming along more slowly” than injured teammate Tony Parker, according to coach Gregg Popovich.

“It’s just been more difficult for him to get through the rehab routine,” Popovich said.