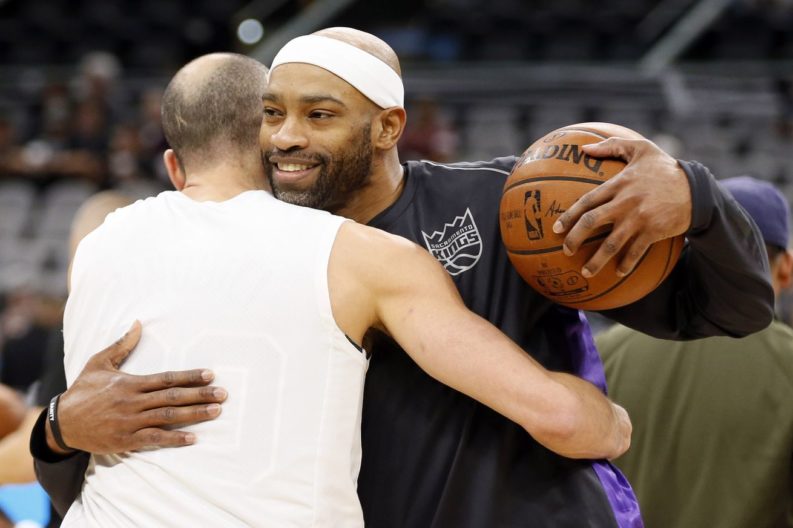 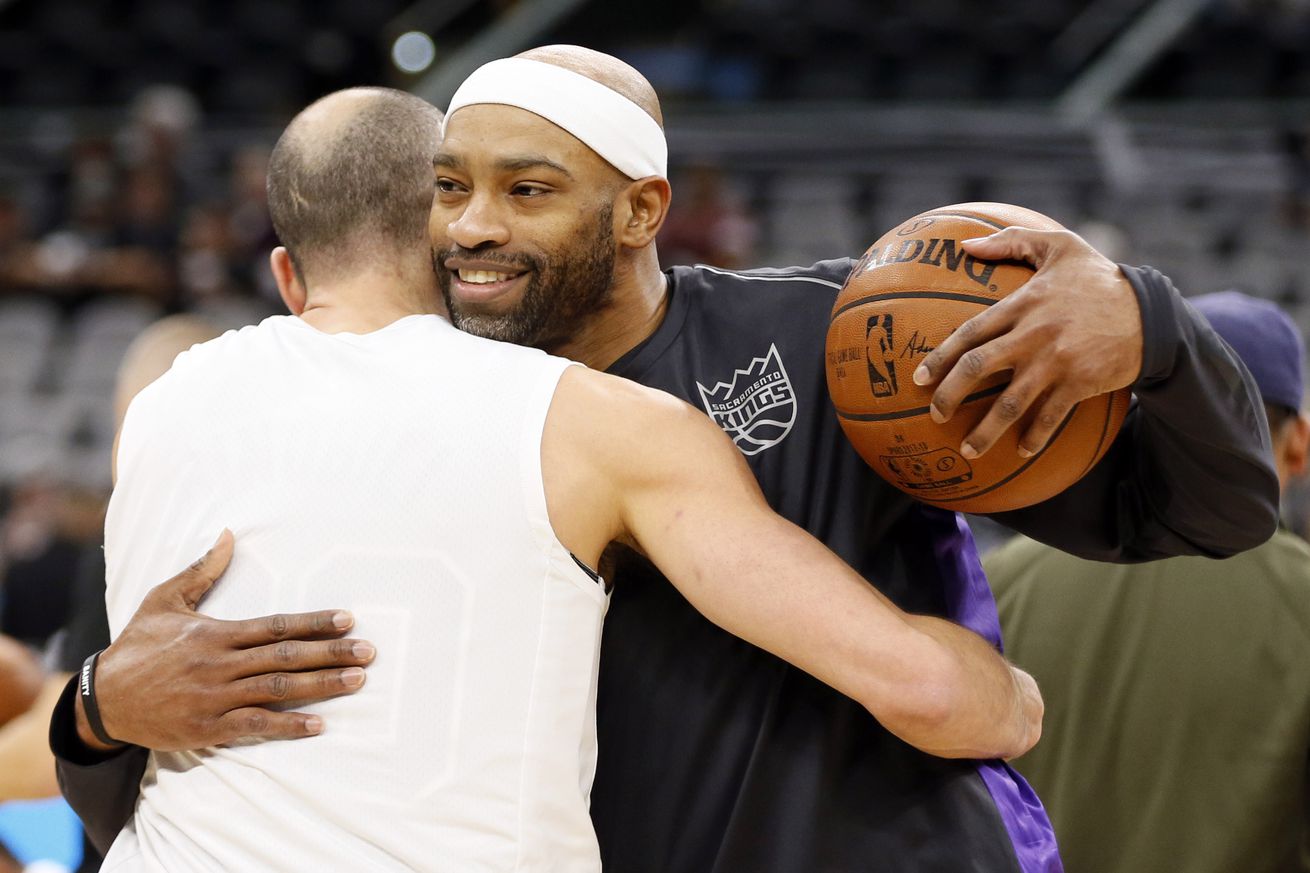 The two eldest statesmen still have it going after all these years.

You know what I really want to happen at the NBA All-Star Weekend? I want the league’s two oldest players to face off in a game of HORSE. Seriously! Did you watch these two the other night? They both seem to be in ridiculously great shape.

Considering Manu just came off an injury, I thought his 15 points were nothing short of vintage. But it’s hard to keep saying “vintage” when this is still the Manu Ginobili that steps onto the court at every opportunity. And the Argentinian doesn’t miss a Eurostep.

During the broadcast, Bill Land continued to point out that the King’s 18 3-pointers kept them in a game that would have otherwise been over in the first half. Well, 5 of those belonged to Vince Carter on his way to 21 total points. Yes, the same Vince Carter who has been a spoiler to the Spurs before- seen here hoping to thwart the Spurs 2014 championship run in the first round.

But after the game, which was the first game in NBA history to feature two 40-year-old players scoring 15 or more points, Pop said it best:

“Those are the kinda guys, you hope they never retire…” – Pop on @manuginobili and @mrvincecarter15 pic.twitter.com/KEqZHX47MG

Give it up for Manu Ginobili and Vince cater, two amazing competitors who should be in the league for years to come.