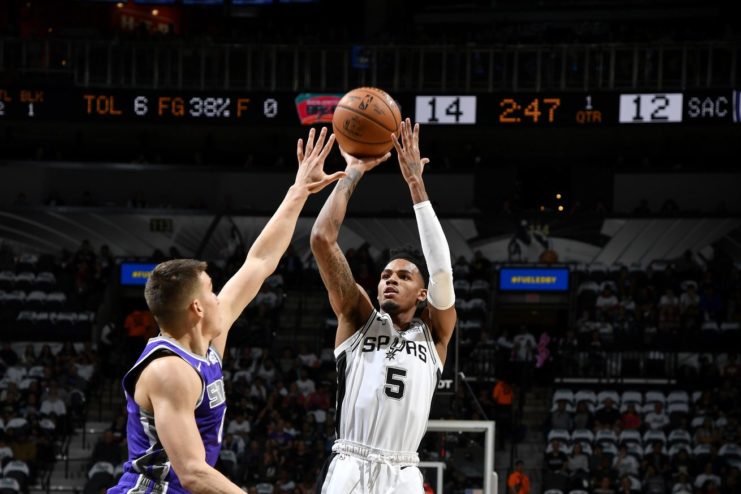 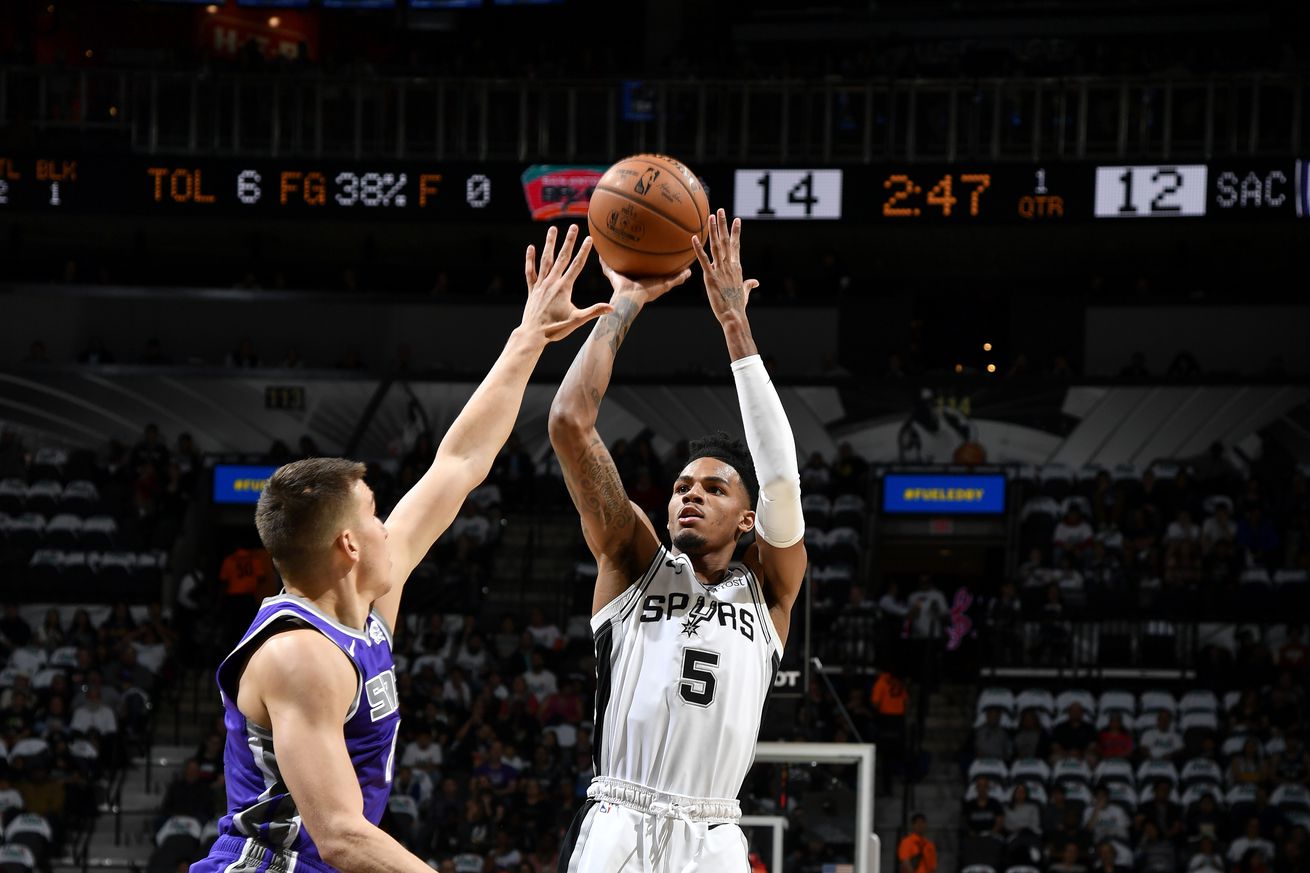 If the Spurs’ overtime victory over the Kings was any indication, Dejounte Murray’s minutes restriction may be over. Lost in all he chaos of that game was the fact that Murray played for 31:43 minutes off the bench, which included never leaving the court after entering the game at the 7:01 mark of the fourth quarter. For the record, that’s 12 straight minutes, including overtime.

Asked if his minutes restrictions had been lifted at practice on Monday, this is what Gregg Popovich had to say:

After logging a season-high 32 minutes on Friday, Gregg Popovich was asked today if Dejounte Murray no longer has a minutes restriction: “As far as I’m concerned. Nobody scolded me or anything like that afterwards, so I think we’re good.” #Spurs #KSATsports #KSATnews #NBA pic.twitter.com/CcX4nIZRs7

Coming back from a torn ACL that forced him to miss all of last season, Murray averaged 22.1 minutes in 19 of the Spurs first 22 games while sitting out the the second night of their three back-to-backs. The near 32 minutes he logged against Sacramento far exceeded his previous high of 25:21 against the Mavericks. Beyond a bout of turnovers to open overtime, he had an overall efficient night of 14 points on 50% shooting, including the game-winner, along with 7 rebounds, 3 assists and 3 steals.

As is often the case when returning from a devastating injury, Murray’s game has hit a bit of a wall after the initial adrenaline rush, even reaching the point that he has been benched in favor of Derrick White. A more steady dose of minutes without constantly having to leave the court after five minutes should not only help Murray discover more a rhythm and chemistry with his teammates, but it will also allow him to play with a more steady head without feeling the need to make the most of every minute he’s on the court.

Perhaps best of all, it likely means Spurs fans will finally get to see more minutes of him and White together to see what the possible guard-duo of the future can do, especially for the Spurs’ porous perimeter defense.

The Spurs do no have another back-to-back until Jan. 19/20 when they play the Heat at home, followed by a visit to Phoenix to take on the Suns. By then, it’s hard to imagine Murray won’t be ready to play on both nights as well.