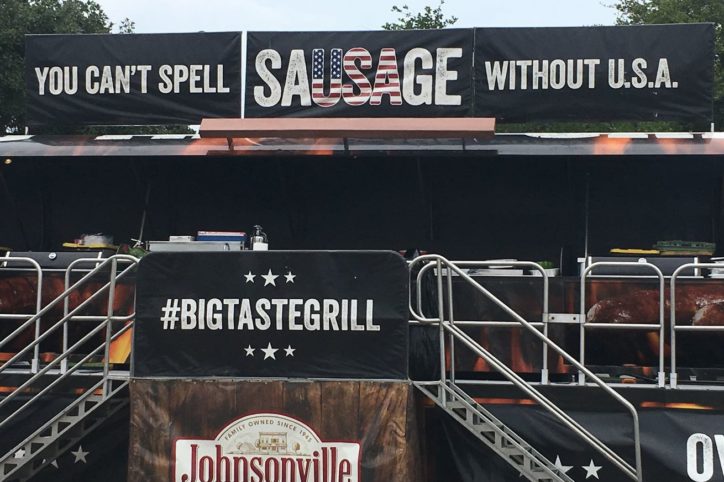 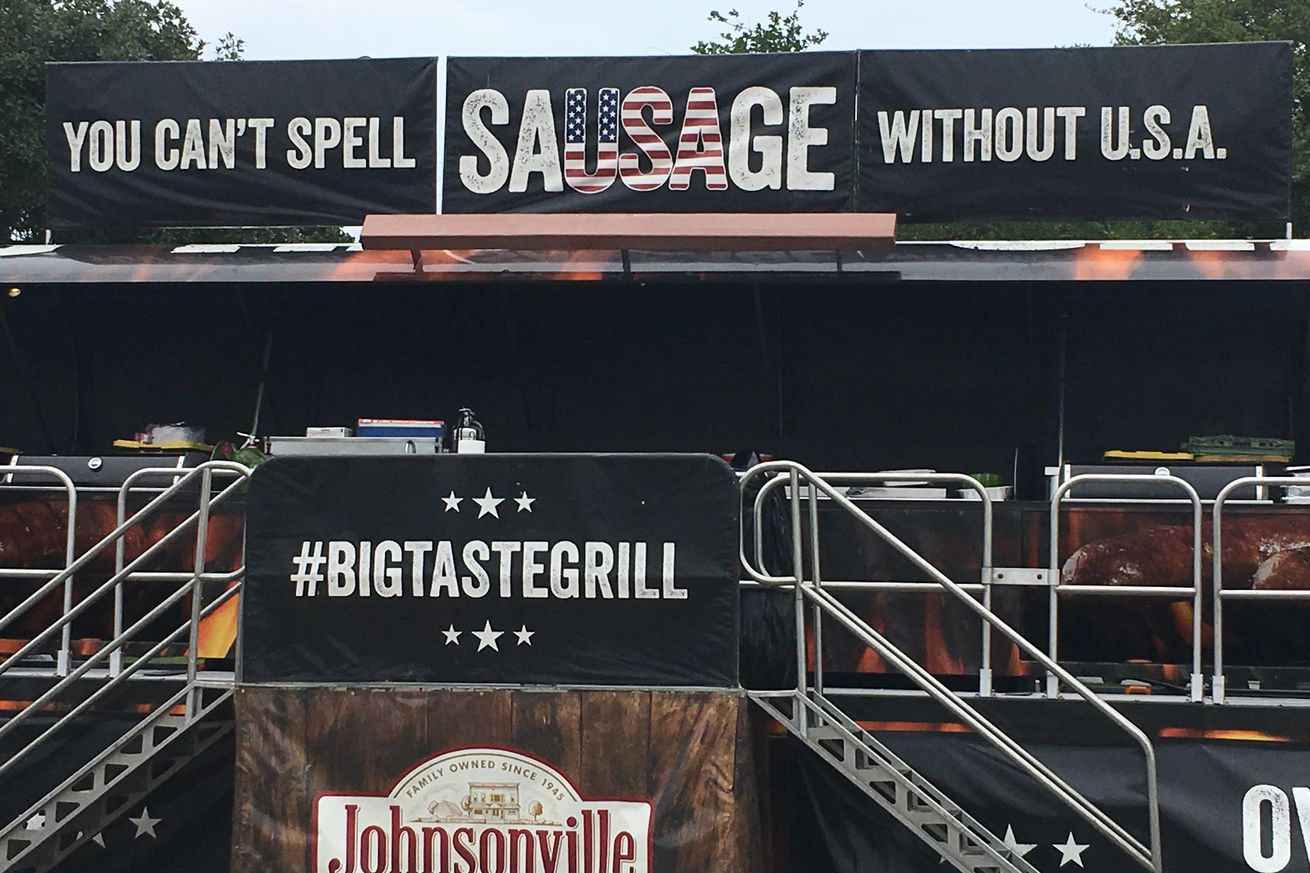 San Antonio takes a lot of pride in being Military City, U.S.A. And having a celebrity like David Robinson ties in so well. Johnsonville Sausages travels around win the BigTaste Grill, an impressive 18-wheeler outfitted entirely of grills.

For this event, Johnsonville partnered with Robinson to celebrate Military Spouse Appreciation Day as well as Mother’s Day at Fort Sam Houston.

Basketball hoops, Cornhole Championship, and even a dunking booth adorned the parking lot. The line for free food wound around the entire space. Military personnel and families were enjoying the open air event, ignoring the impending threat of rain.

In addition to Johnsonville, Bush’s Baked Beans was there with their mascot/spokesdog Duke.

After guests had a chance to play and eat, the guest of honor was introduced and shared a little on his military background.

Immediately after, there was an opportunity for some of us to get a few minutes with #50. I always love press gaggles where I am standing next to the guys whose cameras come on stands. TV networks with microphones and me with my iPhone 5s.

Robinson was asked about the Spurs first championship 20 years ago, his ties to San Antonio, and how he and Pop having military backgrounds played into the Spurs mentality and philosophy.

Honestly, I’ve never seen David Robinson when he is not smiling, humble and always grateful for all he has. He has left an impression on this city, the Spurs, and on the military.

Spending an afternoon at an outdoor cook out with The Admiral is the perfect way to start the weekend.