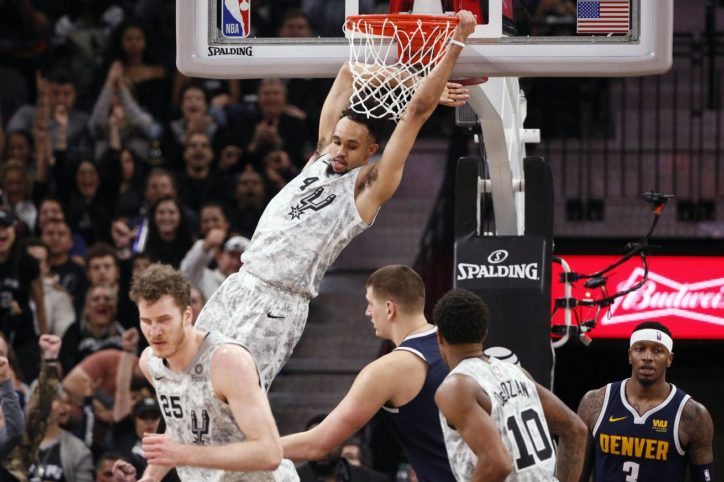 Tonight’s outcome should be predictable, but isn’t

Tonight the Spurs are in Denver playing the Nuggets. I know, I know, déjà vu. This is the second pure home-to-home series for the Spurs this season. The Lakers hosted the Spurs last month only to play at the AT&T Center two days later. Next month the Spurs will play in Oklahoma City and then turn around and host the Thunder two days later.

In addition to those three, there are three other instances where the Spurs play the same team twice in a week.

We know how Pop feels about these mini-series match-ups:

Popovich on facing the Nuggets in back-to-back games: “I just hate them. I can hate them for whatever reason. You do that in the playoffs, you don’t do that now.” #gospursgo #nba #MileHighBasketball

The Spurs have played all four games against the Lakers this season. With no more than five minutes of playing time against Brandon Ingram and none against Rajon Rondo, the Spurs have no intel on the full Lakers team. It feels very lopsided.

In the same way, the Rockets have already played 3 of their 4 games. The Spurs don;t even see the Cleveland Cavaliers until the last two weeks of the season.

How do you like the home-to-home? Is it valuable to the team’s season and overall growth? Or are they a waste of time?