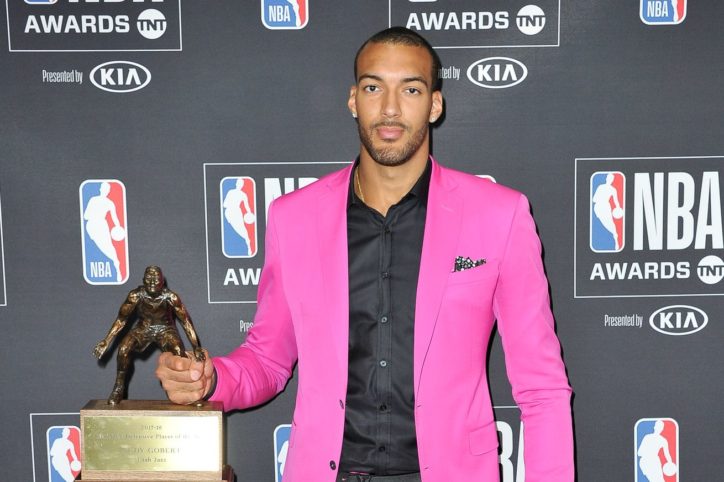 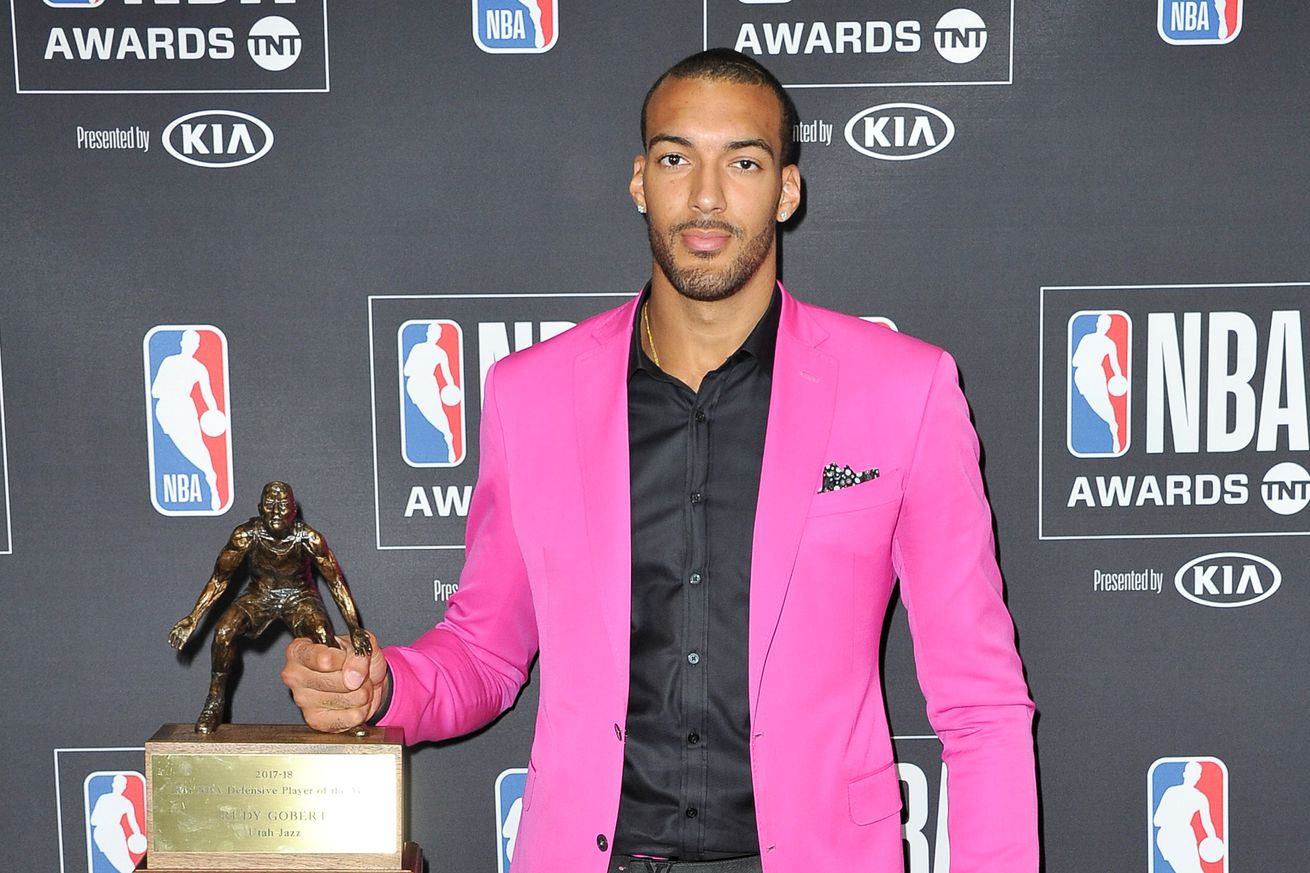 The Spurs have reason to take particular pride in the DPOY race.

When I heard that Draymond Green had been awarded Defensive Player of the Year back in 2017, I thought he’d received an acknowledgement for his on-court tantrums and berating of NBA officials; that somehow they had changed from the primary definition of defensive as in “defending and protecting” to the secondary use of “self-justifying and thin-skinned”.

As you by now know, the NBA announced finalists for June 24th NBA Awards ceremony. In the past, the annual awards for MVP, Coach of the Year, Most Improved, etc. were announced and then handed out less than ceremoniously to the recipient in a convenient location.

This is the third year since the awards have taken on a more festive look. Fans can look forward to the reveal of the Rookie of the Year, Sixth Man, and Defensive Player of the Year without having to withstand a bevy of Disney tunes performed by Broadway stars. We can get right to the trophies.

This week Pounders will have a chance to participate in a PtR version voting. Each day, we’ve added another category. Feel free to vote for one of the finalists, add in your own “fourth” candidate, or go “Spurs only” in the comments.

Today, we feature the Defensive Player of the Year, which ironically, can most readily be confused with the Most Valuable Player category. Both Giannis Antetokounmpo and Paul George are finalists. Only James Harden is missing and in his place is the Utah Jazz’s Rudy Gobert. Whether that speaks more to Harden’s lack of defense or to Gobert’s offensive is up for discussion.

Rudy is only the second Utah Jazz player be named DPOY, the first being Mark Eaton who was awarded the honor on two separate occasions: 1985 and again in 1989. Gobert is last year’s recipient as well as coming in second in in 2017. Should Gobert win again, he will be the 9th NBA player to win back-to-back. Of those 9, Ben Wallace went back-to-back on two separate occasions (‘02 and ‘03, ‘05 and ‘06) and Dwight Howard actually three-peated from 2009-2011. Dikembe Mutombo also went back-to-back while picking the award four times in seven years.

As many of you may recall, the Spurs once basked in the glow of a back-to-back DPOY. Alas, times changed and we moved on. But did you know that Voldemort was not the only defensive stalwart in the Spurs’ storied history? (And no, despite what pundits think, Timmy was never named DPOY.) The Spurs have two “quadruple-double” stars in David Robinson, who received the DPOY honors back in 1992, and Alvin Robertson, who picked up the title in 1986.

Robertson is one of only four guards to ever be recognized as the Defensive Player of the Year. Can you name the other three?

So three Spurs players, four times, in the 36 year history of the acknowledgement, only bested by Detroit’s six nods by two players (one of which wore a Spurs uniform shortly after he got his back-to-back). Not bad for a small market team.

Although this wasn’t the Spurs greatest defensive year, in your opinion, who was the Silver & Black’s DPOY? (And I mean an athletically defensive player, not the Draymond Green number two definition…)

Open Thread: Don’t be surprised if Spurs fans get Defensive when taking about this NBA award
Source: Pounding The Rock