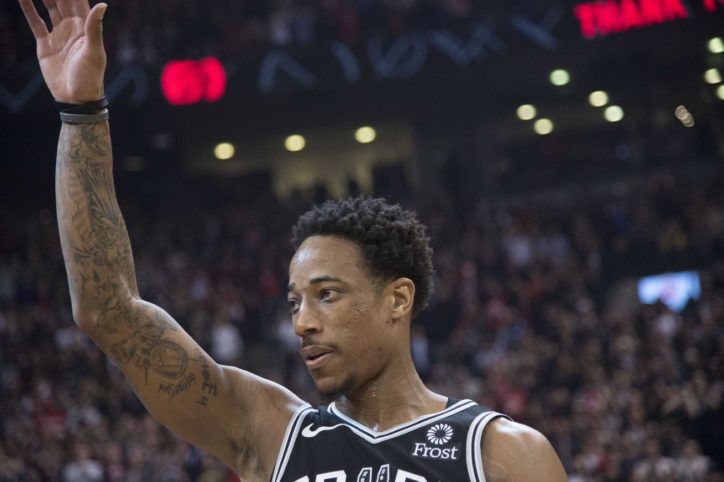 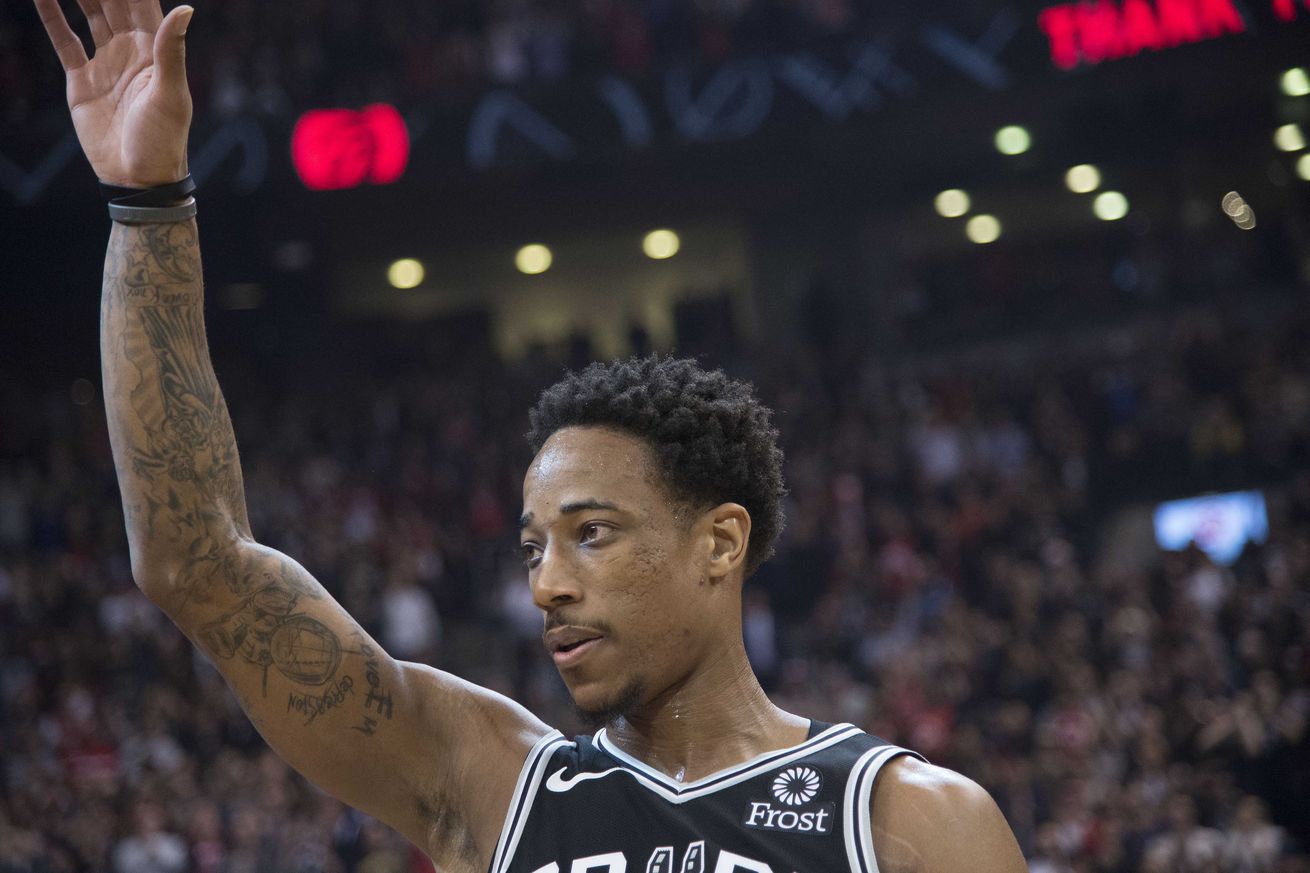 Toronto shows love and DeMar shows he’s still got it

You know, I went to the Spur game when they hosted the Charlotte Hornets, and even though they lost, there was a consolation in seeing Tony Parker.

Last night I felt the same, but this time about DeMar DeRozan. I have become such a fan of his this season that it was touching to see just how revered he is in Toronto.

Don’t get me wrong, I would always prefer to see the Spurs win, but in this case there were consolations: the Spurs played well, Toronto gave DeRozan an amazing tribute video, and then there was the 360:

It’s not his first killer 360 in a San Antonio Spurs uniform. You may remember the one that inspired his first Pounding the Rock t-shirt. That was my favorite highlight.

Such a great game. Great to see Derrick White back. Davis Bertans coming out of the gate with a 3 to close the 1st quarter gap. Marco Belinelli’s 3 in the fourth to take the lead.

What was your favorite moment?