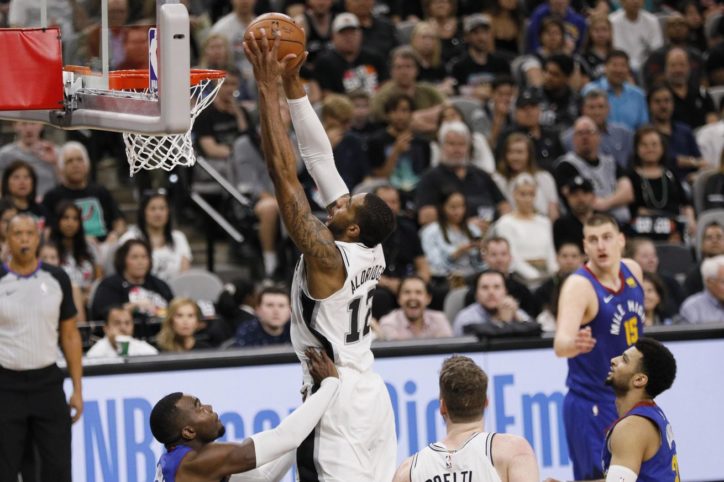 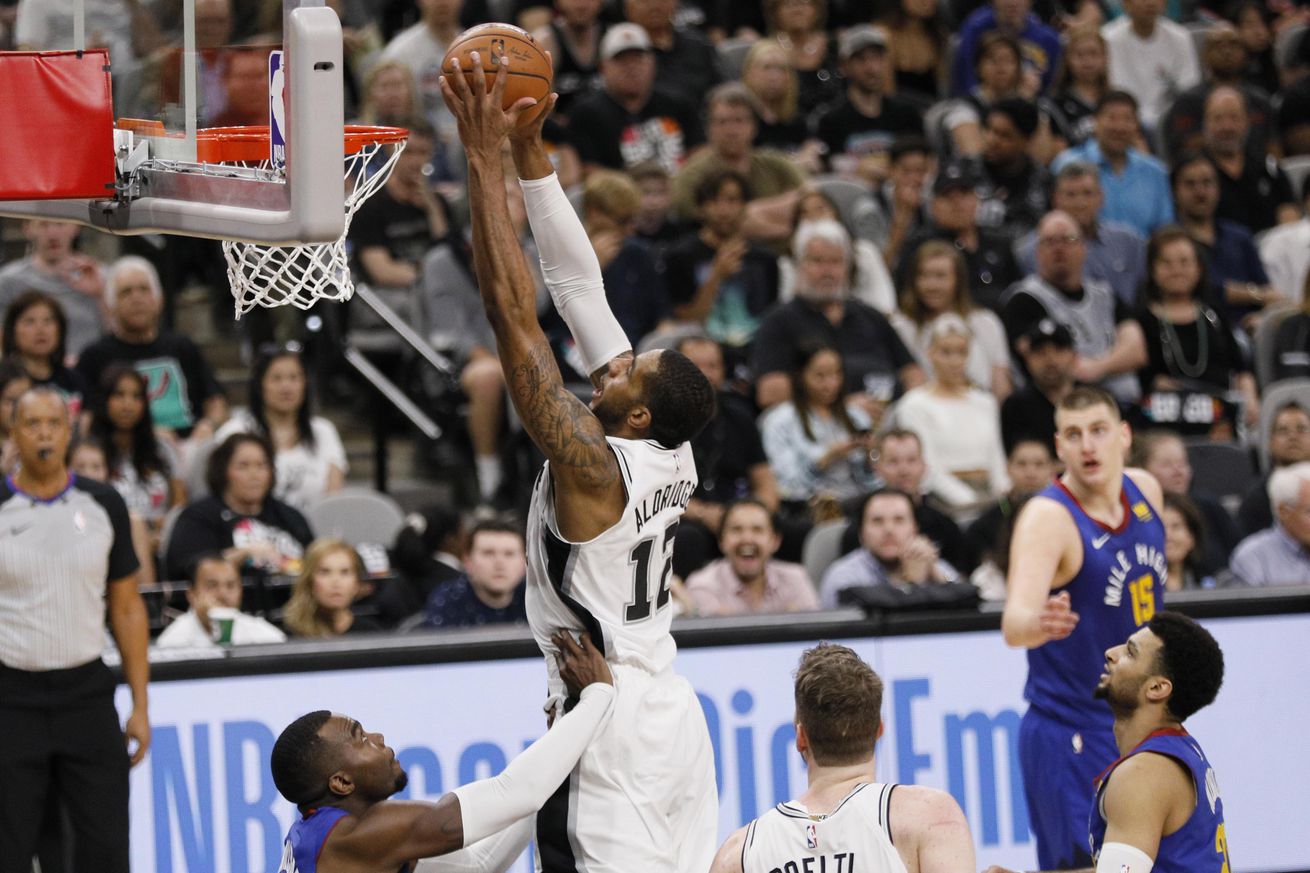 The Spurs led early, but the Nuggets took over late as the Spurs couldn’t stop them from scoring.

The Spurs gave the home court advantage back to the Nuggets tonight as they were the more aggressive and poised team, dominating the Silver and Black after a slow start in the first quarter. Will Barton was benched in favor of Torrey Craig, and it ended up being a great move for both players as Craig burned up the nets from beyond the arc, and Barton played with great poise as a backup. Nikola Jokic had a great game for the Nuggets, scoring and rebounding to lead them to the win. The Spurs were adequate on offense, but they could not get any stops when it mattered, and even when they missed shots, it seemed they got the offensive rebound more than not.

A few days ago, it looked like the Spurs had a good handle on this series and some fans were even looking forward to the second round. Now, with the series tied at 2 wins each and heading back to Denver, the Spurs have a huge hill to climb to win this series. I don’t think they can win a game 7 on the road, so it’s looking like Tuesday night’s game in Denver is a must-win for them.

The Spurs built an early lead with solid execution, with Bryn Forbes hitting his shots to put the Spurs up by double digits. Nikola Jokic carried the scoring load for the Nuggets, using his size to get to the basket and either get shots or gobble up rebounds, which were distributed to Malik Beasley who took advantage of the open looks. A furious putback dunk from LaMarcus closed out the first quarter as the Spurs led 34-22 after one.

The Spur had a series of defensive lapses to start the second quarter, which you may have remembered from game 3. But this time, Pop called a time out early, and the Spurs tightened up their defense, and Patty took advantage of Monte Morris’s overly aggressive defense to get free throws. Nevertheless, the Nuggets were more aggressive and eventually took the lead 51-49 on a Jokic and-one. The Spurs toughened up a little for the last few minutes of the quarter. and the score was tied at 54 at the half.

Denver’s aggression carried over into the third quarter as they build a six point lead halfway through the quarter, using offensive rebounds to get second chances. DeMar DeRozan got free under the basket for a layup, and after Derrick White’s layup in traffic, the score was 71-69. But then the Nuggets got hot from outside, with Jamal Murray having game 2 flashbacks as they pushed the lead back to double digits. They led 91-79 after three, scoring 37 in the quarter.

The Spurs looked good on offense to start the fourth, but they couldn’t get stops, and trading two point shots for triples really isn’t a viable strategy for cutting into the lead. After Will Barton sunk a three point shot with 9:10 left, Denver was leading by 15, and Coach Pop needed a time out. The Spurs didn’t respond, and with 4 minutes left and the Nuggets leading by 19, Pop raised the white flag. The garbage time unit of Quincy Pondexter, Dante Cunningham, Lonnie Walker IV, Montiejunas and Marco Belinelli played with energy to finish the game, but it was too late, as the Nuggets won 117-103.

Some things I noticed while watching the game

The Spurs have a few days off before game 5 in Denver on Tuesday night at 8:30 PM CT. Game 6 will be on Thursday night, time yet to be decided. Have a happy Easter everyone, and see you on Tuesday night.

Nuggets vs Spurs, Final Score: Denver’s aggression leads them to a win in San Antonio 117-103
Source: Pounding The Rock