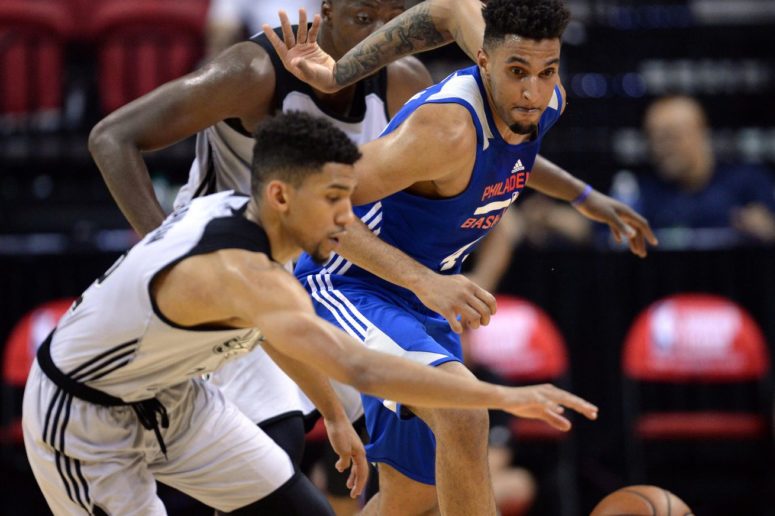 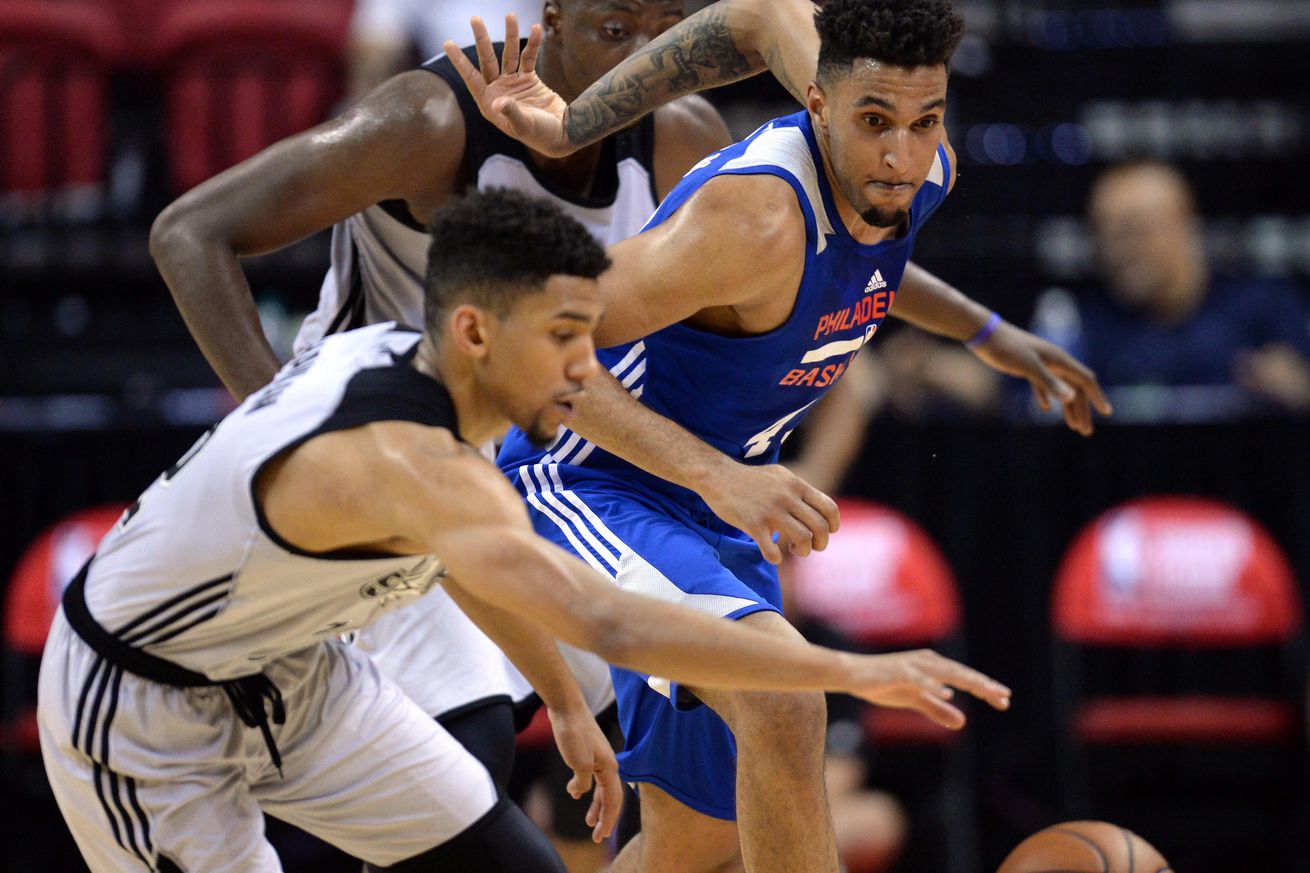 The Spurs beat the 76ers behind 35 points from Bryn Forbes.

The Summer Spurs took to the court again on Sunday night in Las Vegas as they battled the Philadelphia 76ers. The Spurs were sharp offensively and held the lead throughout a majority of the contest. The Sixers closed the gap late, but it was not quite enough to overcome the large deficit, and the Spurs survived a close one by a final score of 101-95.

Bryn Forbes continued his crusade offensively, scoring 35 points on 8-of-17 shooting in 29 minutes of action. While his shot continued to fall, as it has throughout summer league play thus far, he was once again plagued by the turnover bug, giving the ball away eight times in the contest.

It is apparent that the staff is trying to get an extended look at Forbes in big minutes, as he is one of the few members of the summer league roster who will make the team this fall. As such, Forbes should look to improve his ball security and defense, as both continue to be areas of concern with the young guard’s game.

For the second straight night, Shayne Whittington put together a solid outing. He scored 13 points on 5-of-7 shooting and pulled down six rebounds. As has been the case throughout summer league so far, Whittington struggled to keep his discipline defensively, committing five fouls on the night. His aggressiveness on defense is apparent, but he will need to be careful to not get too overzealous down on the block.

It’s a beautiful sight to see when Davis Bertans has it going offensively. Bertans was rolling again on Sunday, scoring 20 points on 6-of-10 shooting from the field. Like Shayne Whittington, Bertans has a tendency to get himself in foul trouble when he is playing defense, committing seven fouls total on Sunday night. He will need to spend the rest of summer league improving his defensive fundamentals so that he can limit his fouls and stay on the court if he’s called upon this fall.

Hanlan, a second year man out of Boston College, played a solid all-around game off the bench for the Spurs on Sunday, scoring seven points while grabbing three rebounds and dishing out four assists. Hanlan also recorded a steal and several deflections defensively, which were a welcomed sight given his defensive shortcomings in the past.

This was without a doubt Hanlan’s best game of the summer, and he will look to improve upon the effort the next time out against the Trail Blazers.