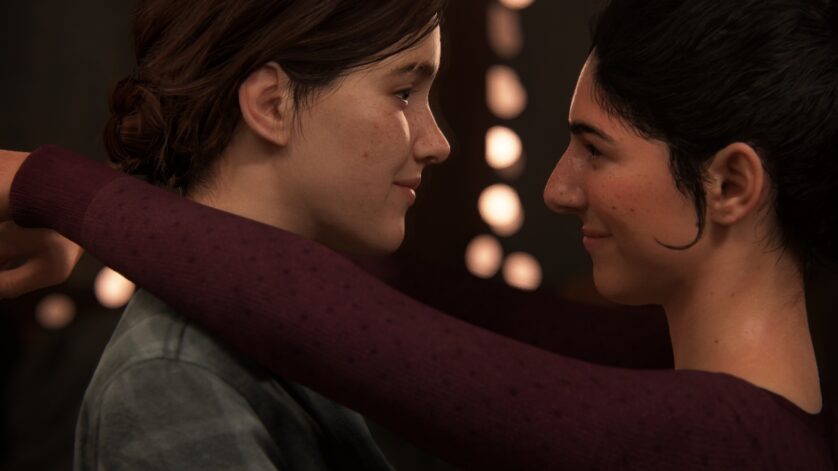 Editor’s note: Take a breath. We’re almost there. 2020’s been quite the year, and it’s very nearly over. Across the festive break, members of the Eurogamer team and our contributors will be running down their personal top five games of 2020, before we announce our game of the year – and before, of course, we hand over to you for the annual Reader’s Top 50. Thanks for being with us this year, and see you on the other side.

I barely played any new games this year. It feels wrong to admit that, as a professional games journalist, even one who’s not exactly on the frontline any more. It feels like an unforgivable lapse of curiosity. It feels like a retreat. And if I am honest with myself, it was a retreat that began before March – before everything in life became a retreat. I just couldn’t bring myself to start new games, to enter new worlds. I wanted familiarity. As I wrote in May, “there was nothing new I fancied playing, or rather I fancied playing nothing new – I wanted the soothing feeling of old routines, patterns of thought and movement worn smooth with use.”

No, this isn’t a pandemic thing, although it hasn’t helped. It’s also nothing to do with what’s been going on in games. I don’t mean to suggest we’re in the doldrums. Quite the opposite. A glance at my colleagues’ pieces will tell you that this has been a year of exceptional creativity and fun in games, marked by many brilliant releases – from Streets of Rage 4 to 13 Sentinels, Flight Simulator to I Am Dead – and supercharged by the excitement of the new consoles. It used to be de rigueur, come the end of every year, to declare “it’s a great time to be a gamer”, and it’s an awful cliché, but it’s as true now as it ever was.

Did I need to write this piece to justify the dozens of hours I’ve spent replaying a game I already had over 180 hours in? No. I’m having fun, what’s to justify! Did it make me feel a bit better about it anyway? … Maybe. https://t.co/xHxESeWMoD

And if you want me to give you a personal top 5, I can – just about. I played a handful of new games for work that really impressed me, and a couple out of curiosity. I wished I had experienced Kentucky Route Zero as a languid, episodic five-year odyssey rather than a weeklong binge, but its deep Lynchism, stunning interstitial vignettes and moments of complex grace stayed with me a long time. It was like installation art, but good. The Last of Us Part 2 was an openly conflicted blockbuster that carried its convictions through to a devastatingly powerful final third; I hope enough players got past the halfway point to understand what it was up to.

Of course I got on the Hades party train with everyone else and had a glorious time, cooing at the game’s punchy sophistication and saucy millennial swagger. Then I got off at the first stop: you kids have fun now! When I got my new consoles, I didn’t really know which way to turn – I’m still working up the courage for a Demon’s Souls run – but I had to love Astro’s Playroom for being the kind of console exclusive I love best: one that is custom-designed for the peculiarities of its host hardware and the sensibilities of its audience. (In other words, a Nintendo game.)

I?m back into Grindstone and ohhhhhhhh goddddddd pic.twitter.com/bdr6NsAShh

And I also loved World of Warcraft: Shadowlands, a good new expansion for a very good game that I have spent a terrifying proportion of the last 15 years of my life playing.

But here’s the thing, it wasn’t even the expansion part of Shadowlands that got to me. It was the levelling revamp, Blizzard’s bold and brilliantly executed reorganisation of the game’s pacing, its mathematics and its vast library of content. It was a polished and revitalised way to exhume characters that had been laid to rest, revisit favourite haunts and explore a few places I had missed along the way. It was refreshed and refreshing – but it wasn’t new.

Absolutely dominated the Trial last night in tandem with another player, them drifting and surging in some cherry-red American boat, me yapping at their heels in my tuned little 1962 TR3A terrier, racing green of course, and yes I do still like Forza Horizon 4 very much thanks

And this, it turned out, is where I wanted to spend my time this year. Alongside my old poison World of Warcraft, I spent months on a second playthrough of The Witcher 3, toying with new builds on Death March difficulty. I frequently found a reason to be checking Forza Horizon 4’s Thursday updates in case there were any tasty reward cars to chase after. I kept plugging away at my favourite game of 2019 and my go-to mobile timekiller, Grindstone (which had a couple of excellent updates this year).

I’m not sure why I could not summon the enthusiasm for entering new worlds and exploring new rulesets this year. The thought of it just tired me out. But I do know that it’s happened to me before. I also know that it’s OK, and that it’s not the same thing as falling out of love with the medium. I’ve actually played games a lot this year – hundreds of hours – and I’ve had a fantastic time. I have been comforted by these older games and felt comfortable in them, knowing where I was, selecting and planning what I wanted to do with the ease and expertise of the aficionado. And I have been rewarded and surprised by them too.

For some reason I am finding performing simple, measurable tasks with a clear reward very soothing at the moment.

Anyway here is a picture of me riding my new ghost moose in World of Warcraft pic.twitter.com/NVTLGeL3gh

More than any other art form save architecture, games are places, and revisiting a place you love can be an even deeper pleasure than discovering it for the first time. I could have spent 2020 discovering new worlds, and I suppose it’s surprising that I didn’t want to, since in the real world I couldn’t leave my neighbourhood. But it’s also fitting – and perhaps even uplifting – that I found so much joy just soaking in worlds that I know and love. Worlds that feel mine.