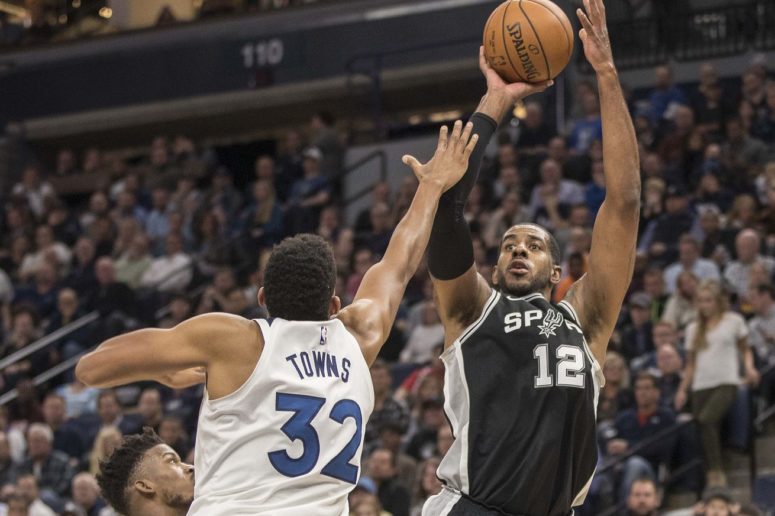 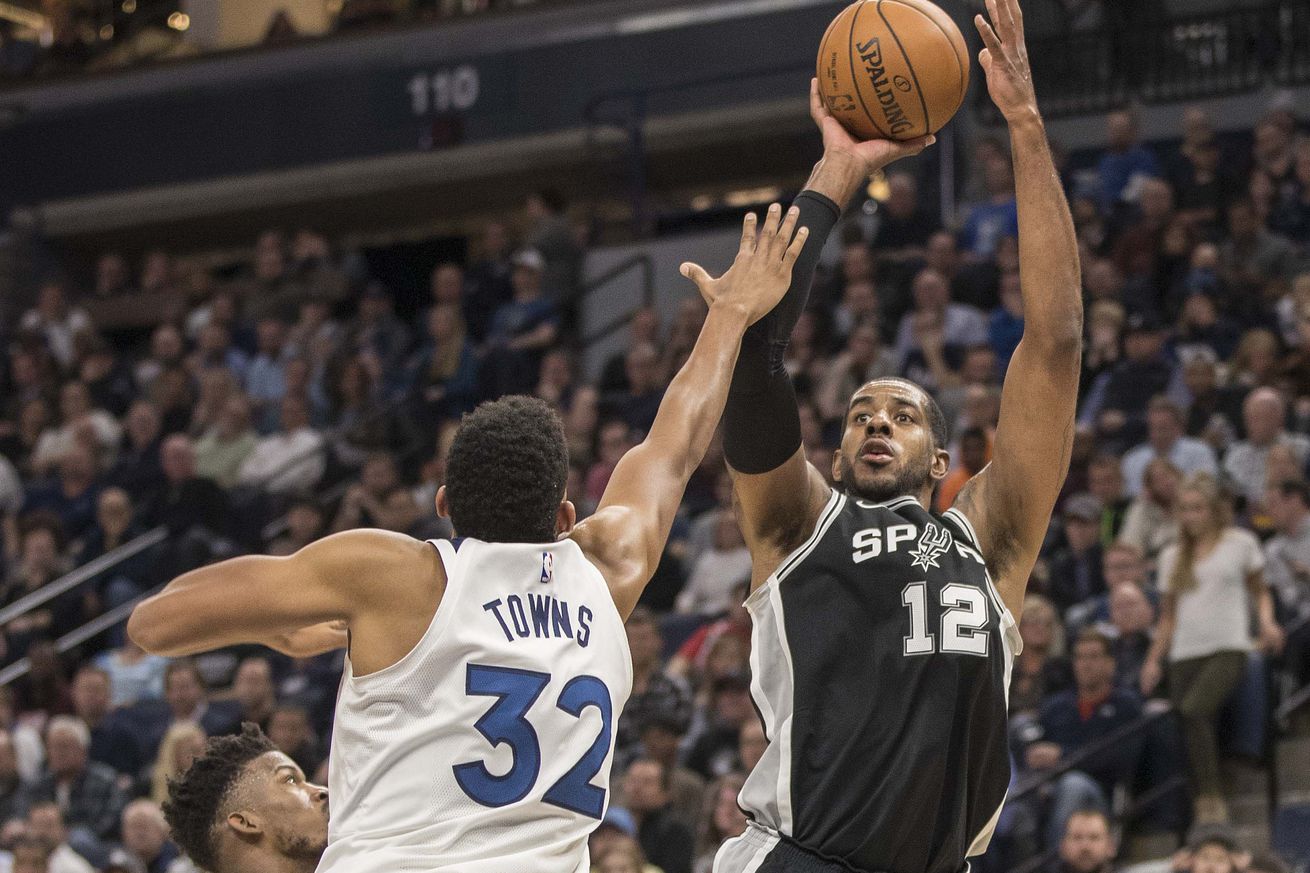 The Spurs fought back, but never got closer than arm’s length.

On the second night of a back-to-back, the Spurs looked a little ragged against a young and physical Timberwolves team. The Spurs gave up big offensive boards down the stretch, they repeatedly reached and fouled after getting beat off the dribble, and they struggled to consistently create good looks, resulting in out-of-rhythm jumpers and sloppy passes.

Here’s the obvious fact of the night: without Tony Parker or Kawhi Leonard, the Spurs couldn’t attack vulnerable defenders like Jamal Crawford, Shabazz Muhammad, Nemanja Bjelica or Jeff Teague. Even with Andrew Wiggins and Jimmy Butler combining for just 17 points on 6-24 shooting, the four guys listed above more than made up the difference, with 41 points on a tidy 18-32 shooting.

The trickledown effect of a tired team being unable to run weak defenders off the floor — coupled with LaMarcus Aldridge battling early foul trouble — resulted in the Spurs falling into a hole they could not escape. A 39-point Wolves second quarter, including making 13-consecutive shots at one point, is a good place to start if you want to figure out where things went off the rails.

Even in defeat, however, the Spurs had some bright spots. On offense, Bryn Forbes and later, Patty Mills, found a nice groove flying around multiple picks, while Kyle Anderson looked decisive as the primary ballhandler midway through the fourth quarter, which saw him uncork a Durantesque sweeping finger roll over Karl-Anthony Towns.

On the defensive end, Dejounte Murray gave Spurs fans some plays to get excited about. In the fourth quarter, he rotated off a shooter to block a Towns dunk attempt:

Murray had another brilliant defensive possession that started with heavy ball pressure and ended with rotating over to battle for a rebound and prevent an easy tip-in.

As a potential playoff opponent, the Wolves won’t be fun to play, but aren’t unsolvable. DJ’s size and length enables him to switch onto just about anyone on the Wolves, and he should be able to cause a lot of problems going against smaller guards like Teague or Tyus Jones. Along the same lines, much of the things DJ could do against the Wolves also apply to Rudy Gay.

Like other losses this year, the Spurs didn’t look comfortable on offense when they weren’t dominating the offensive glass or feeding LaMarcus Aldridge against an overmatched post defender. On defense their personnel looked just a step too slow on switches, allowed easy transition. baskets, and left too deep threats open. These aren’t exclusively issues that the Wolves present, but they’re one of the best non-Warriors team to do this to the Spurs this season.

This could just be a scheduled loss, or it could be a good team beating what should eventually be a great team once healthy. Let’s hope it’s the latter.