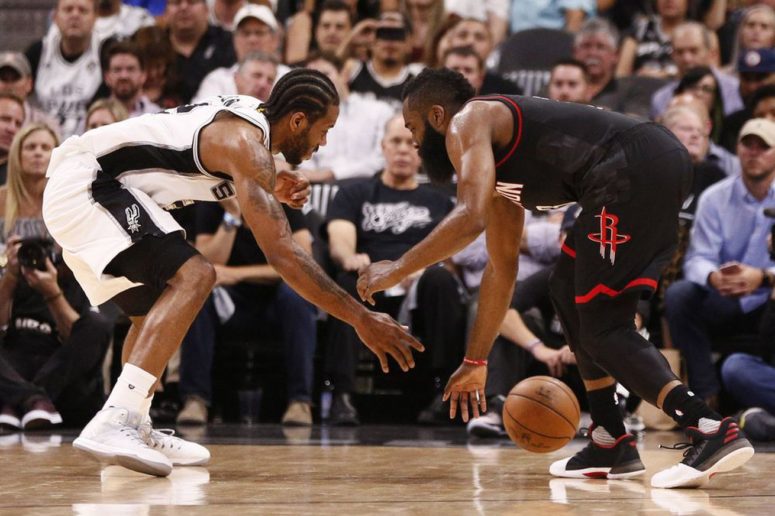 If Kawhi Leonard is the consensus NBA’s best “two-way player” what does that actually mean?

So Michael Jordan said some nice things about Kawhi Leonard. That was nice. When asked whether Kawhi could score on Kawhi he started with a weak “probably the best” and then immediately followed up strongly with how Leonard is the “best two-way player.” Which makes me wonder what’s meant by two-way player, and why that designation is being given to Kawhi so often.

The San Antonio Spurs’ forward has received the Defensive Player of the Year award twice, and he’s been named to the NBA All-Defensive First Team three straight times, so we know he’s recognized as being elite in his own end. On offense, he came into his own this past season and sustained one of the most statistically impressive playoff performances in the history of the league. So his offense is right there too.

The argument has been made (and quite well by SB Nation’s Tom Ziller) that basketball is a two-way sport, so every player is expected to play on offense and defense:

Which makes me wonder about all of this best two-way player nonsense. What will it take before the conventional wisdom of the NBA’s cognoscenti shifts to the point where people are comfortable dropping LeBron James down a notch to call Kawhi Leonard the best basketball player in the world?