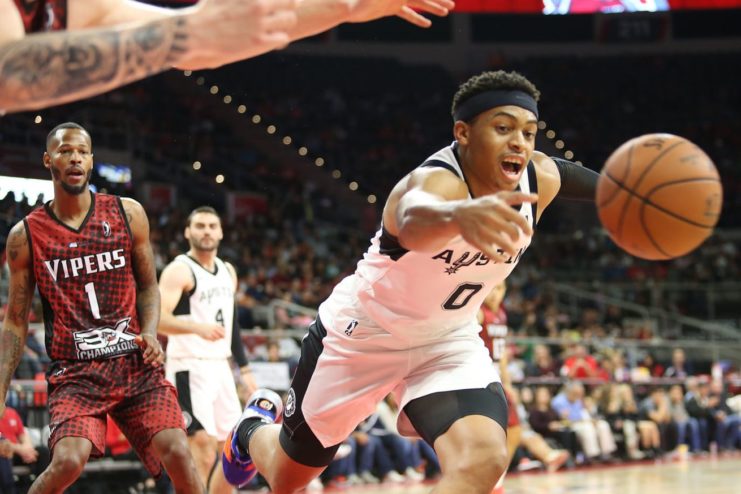 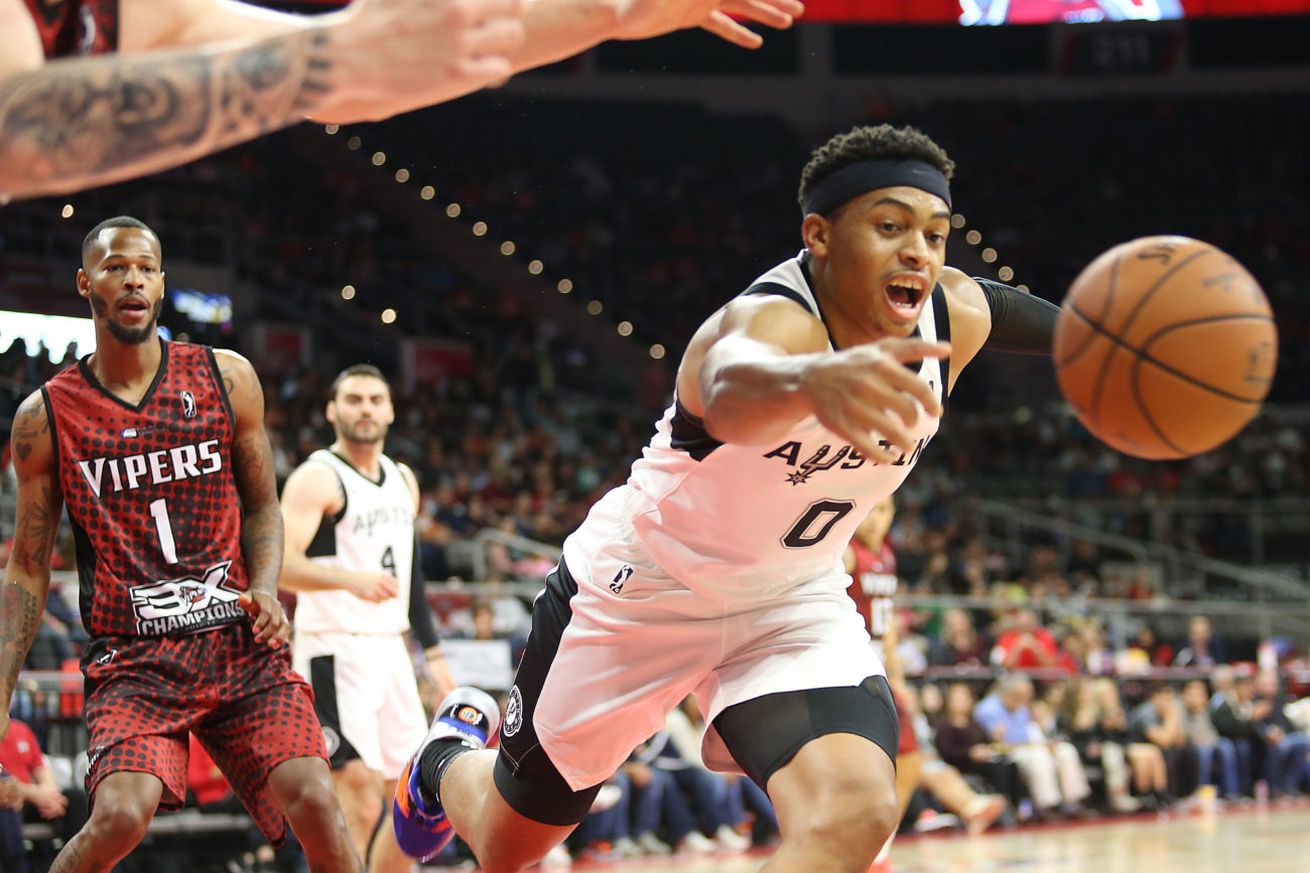 A productive outing for the San Antonio’s first round picks led them to victory over the Vipers.

Simply put, Keldon Johnson may be too good for the G-League. While this is not to say it would be better for him to be sitting on the end of the bench in San Antonio rather than getting reps in the G-League, the margin between an end-of-the-roster NBA player and G-League star can sometimes be blurred, and that appears to be the case with the Spurs’ first round pick. After a 25-point effort in his debut, he followed it up with 24 points, eight rebounds, and five assists, two steals, and a block the next night, leading the Austin Spurs to a 131-124 victory over the Rio Grande Valley Vipers.

Here’s how he and everyone else of importance to San Antonio performed in Austin’s bounce-back victory.

It is really a joy to see Johnson attacking the rim. He uses his strength and length super well, and has shown nice touch around the hoop. I could go on and on about how productive Johnson has been around the rim, but I will just give the short version: this area of Johnson’s game is genuinely exciting, and something that should translate successfully to the NBA scene immediately. As long as he is still playing in the G-League, expect him to make an absurd amount of shots in the paint.

Something that has puzzled me is that through two games, Johnson has only taken 3 three-point shots, one of which was a last second heave. At Kentucky, he attempted just over three attempts per game from behind the line, and connected on 38% of those shots, so the drop off at least raises some eyebrows. It is tough to speculate why this might be the case, but a reasonable possibility could just be that he has been so effective getting to the rim that hedoesn’t need to shoot outside shots at the moment.

Johnson’s five assists tonight was really intriguing, as he made some passes that I did not think he was capable of making. However, that also came at the cost of six turnovers.He sometimes makes the fatal mistake of telegraphing his passes, and also can fall victim to just trying to do too much. Despite his faults, Johnson does understand what the right pass is, it is just a question of whether he can execute, and these games are perfect practice for him.

Once again, Samanic was quietly productive. He continued to show off a nice variety of scoring moves, whether it was down low or beyond the arc, scoring 15 points on 6-10 shooting. Specifically, I was impressed by flashes of functional strength that showed up on occasion, including a nice post up sequence on Gary Clark, which led to a baby hook. As he continues to develop his body, that can only mean positive things for the development of his repertoire.

Due to his age, Samanic is not going to be a perfect defender, or anywhere close to it. It is just not realistic. But what is possible is the forward setting the foundations of defensive principles that the Spurs organization values so deeply: being in the right spots. The first step is communication, and while Samanic seems to be pretty quiet in general, he is still making the effort to talk on defense, which is encouraging.

An issue that I saw multiple times in this contest was Samanic’s handle. Often times, his dribble is high and too ahead of him, allowing defenders a better opportunity to steal the ball. This is exactly what happened on multiple instances while Samanic was trying to make advanced moves, which suggests that he might want to dial it back on the difficulty level for the time being.

Stats wise, Eubanks seemed to have a great night, scoring 23 points and bringing down nine boards. And in some aspects, this was the case. Almost every time he caught the ball in the post, it seemed to be an automatic two points.

Outside of that, the big man did not seem to bring much else to the table tonight. This may have been due to the productivity of the other Spurs’ bigs and, like I mentioned after Friday’s game, the workload of guarding Hartenstein (another player who is head and shoulders above the rest of the G-League), but it is definitely not encouraging to see just marginal improvements in Eubanks’ game after his summer.

The Spurs will be back in Austin to take on the Memphis Hustle on Wednesday, Nov. 13 at 11:00 AM.