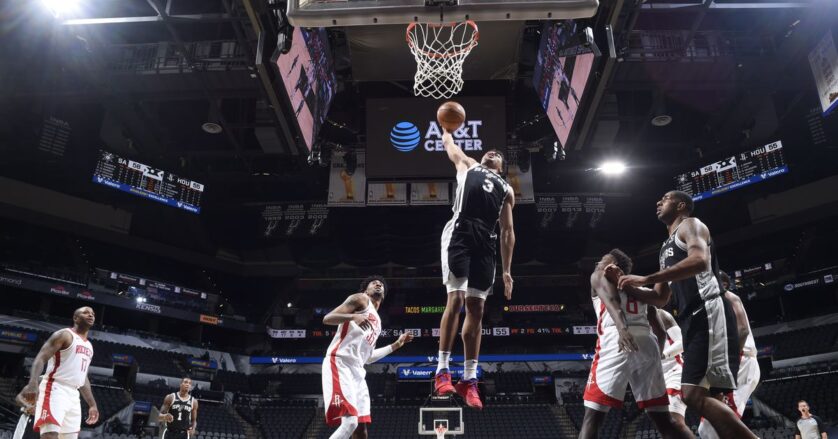 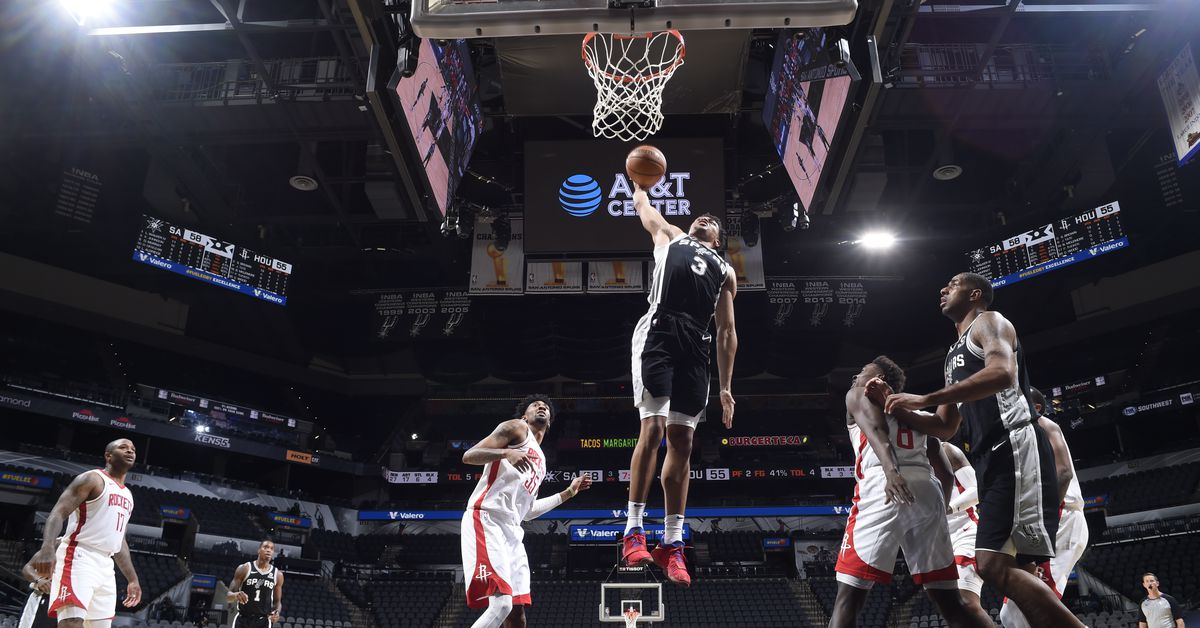 The Spurs finally returned to the AT&T Center on Thursday after a successful 4-1 road trip saw them knock off both Los Angeles title contenders. Unfortunately, the familiar confines of home didn’t seem to bring the good guys much comfort as they dropped a close contest to the shorthanded Rockets.

Keldon Johnson paced both teams in scoring, notching a career-high 29 points on 12-of-16 shooting from the field. Lonnie Walker IV also provided a punch with 16 points on a quartet of trifectas, and Dejounte Murray and Devin Vassell combined for eight steals as they powered a defense that forced Houston into 18 turnovers.

Although San Antonio came up short down the stretch of their only nationally televised game of the season, their young core played an exciting brand of fast-paced hoops. And while a win would’ve been preferable, hopefully, their performance makes network executives think twice before passing on them for primetime events.

Dejounte Murray often gets criticized for what he can’t do on a basketball court, though this beautifully placed bounce pass in transition to a sprinting Patty Mills resulted in one of his most impressive assists to date:

First-round rookie Devin Vassell put his defensive chops on display with a perfectly timed deflection and showed off some surprising bounce after Patty Mills got in on another flawlessly executed fast-break:

Keldon Johnson continued his relentless assault on the rim in his mission to tear down every backboard across the country with an emphatic one-handed jam right down the middle of the lane:

Dejounte kept diming in the open-court with this nifty little scoop pass that third-year two-guard Lonnie Walker IV secured and slammed home while soaring through the air with his gravity-defying hops:

DeMar DeRozan and everyone’s favorite human wrecking ball connected on a picturesque alley-oop that left the shot-clock swaying precariously in the wake of yet another booming jam from Keldon:

And a usually concise Gregg Popovich gave Grant Hill one of the best court-side interviews of his career as the two had skipped the basketball talk and went straight into a friendly exchange about wine.

For those of you who want to witness every last Sports Center worthy play from Thursday night, here are the full game highlights: