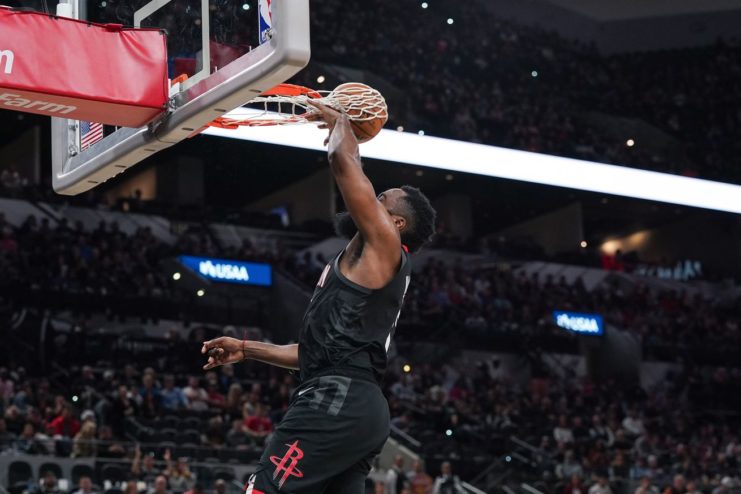 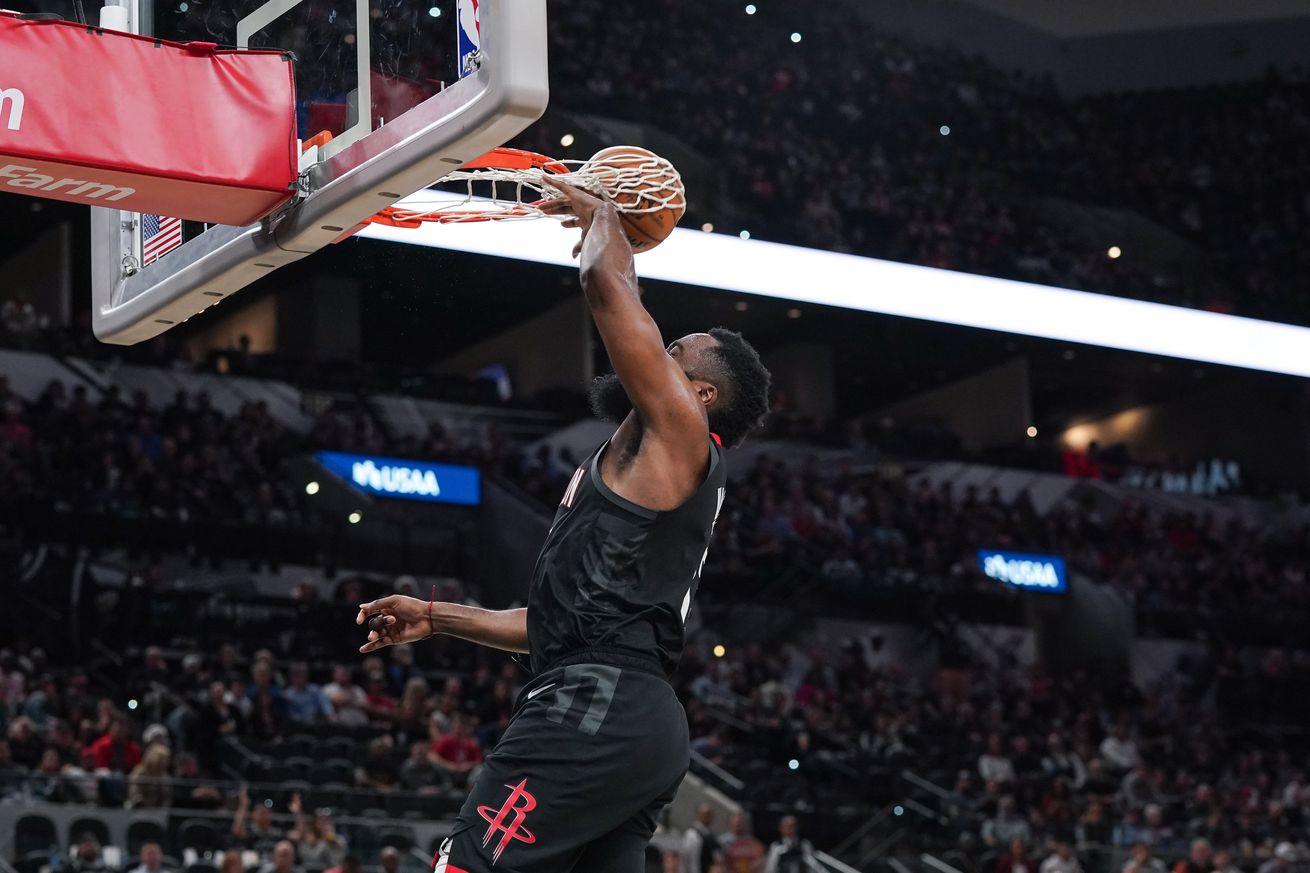 In their 135-133 double overtime win over the Rockets, the Spurs’ fortunes looked dim, but swung on a breakaway dunk that wasn’t scored. So let’s give it a name.

With 7:53 left in the 4th quarter of Tuesday’s Spurs–Rockets game, James Harden picked off an errant DeMarre Carroll pass and took it the other way, with nothing standing between him and a chance to push his team’s lead back up to 15. Instead he recorded his second missed dunk of the season, which proved costly: it gave the Lonnie Walker-led Spurs just enough daylight to tie the game in regulation, before eking out the win in double overtime. Harden went 1-for-6 from the field in what remained of the fourth and the Spurs overall outscored the visitors 26 to 13 to complete a 22-point comeback.

For reference, here’s the ESPN play by play of that now-pivotal moment:

On the sidelines, Houston’s Mike D’Antoni was understandably apoplectic about the miss — Harden was wide open, after all — but the coach apparently did not use his challenge to attempt to reverse the call within the allotted 30-second window. Yet the organizational disbelief sustained through the meltdown, with reports that the team would protest the result of the game in the hopes of being awarded victory or having the final 7 minutes and change replayed again. Even our friends at The Dream Shake have struggled with reconciling the bucket-that-wasn’t within the wider context of a 22-point collapse against an opponent missing one of its star players.

This is a position any fan can sympathize with. Although no game truly turns on one play, and mistakes are made by all parties in the course of a 48-plus-minute game, and it’s unrealistic to overly scrutinize individual instances and attempt to project how they would’ve shaped every event that follows, these things can still linger in the mind.

Because they do tend to linger, the least we can do for the discourse is give the unfortunate play a name. Astro-whirl? The Dream Shank? The Dunkn’t? Sham Dunk? EastSA Clunk Dunk? The Bucket 13 Scandal? (look, even I, an alleged Texan, needed an explanation on the last one) Share your thoughts on what to name Harden’s missed dunk in the comments. Vote in the poll below and contribute your own in the comments.