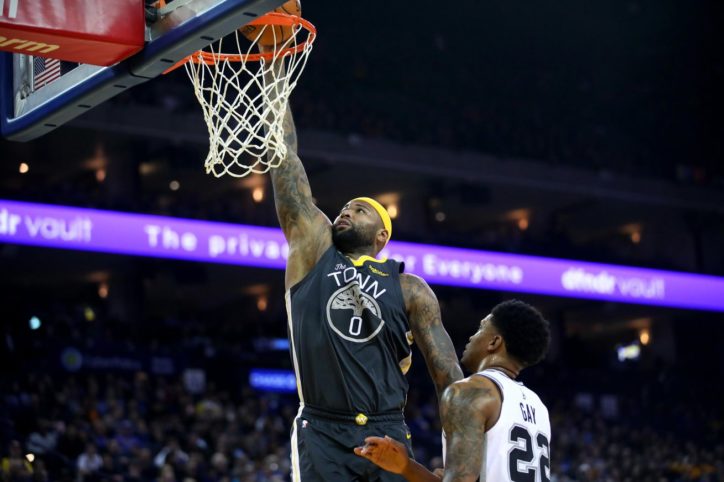 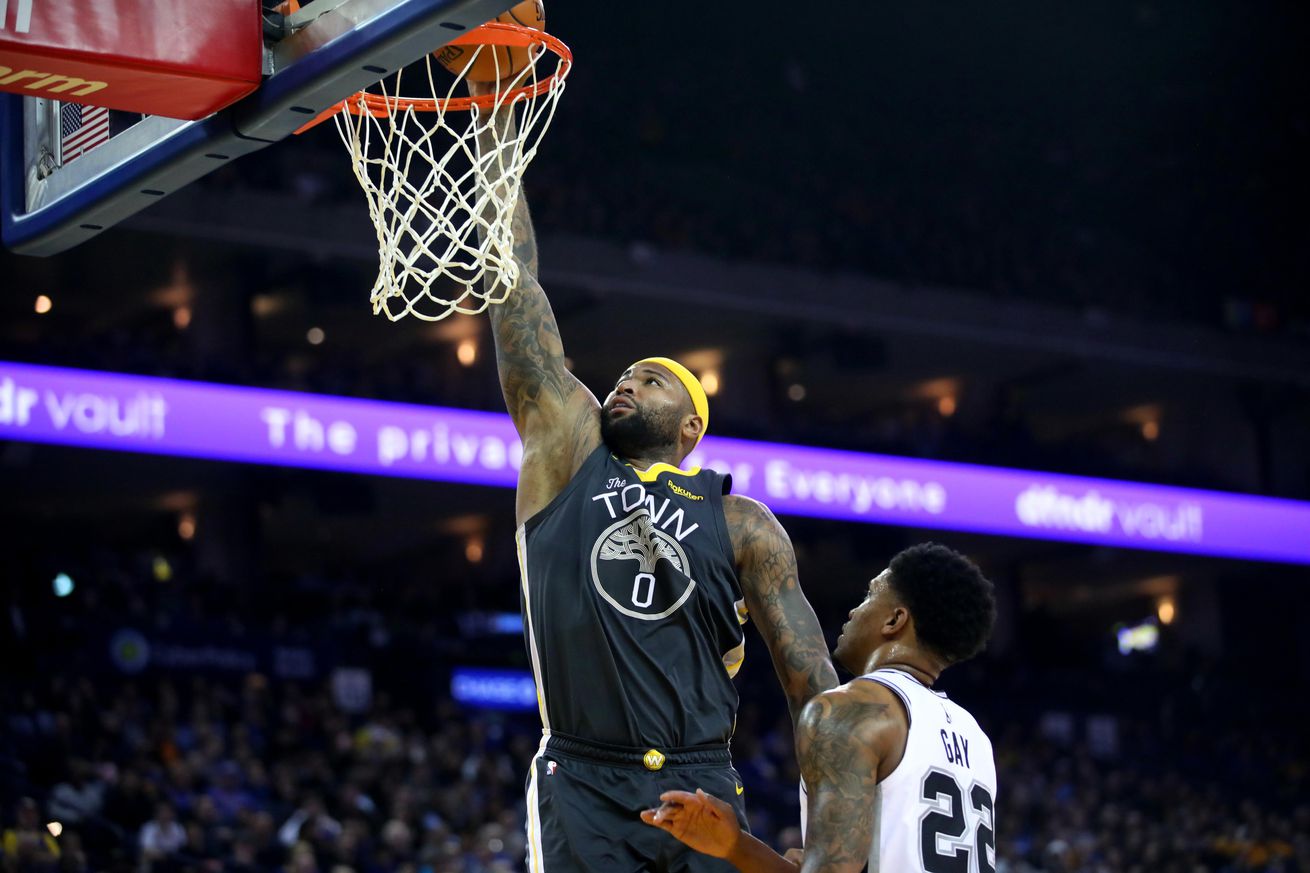 Is this just another day in free agency, or are the Spurs actually interested in Boogie?

With the Spurs filling their two open roster spots just two hours into free agency by re-signing Rudy Gay and using most of their MLE exception on DeMarre Carroll, it seemed like that was the end of free agency for them. It would still make sense for them to be involved in trade rumors, but hearing rumors of interest in another free agent is unexpected, and not just because the roster is full.

After a hectic June 30 and July 1, the league has been brought to a standstill while waiting for a certain nephew and his uncle to make “their” decision. One player who probably didn’t expect to still be on the market but is both due to injury concerns and the waiting game the league is caught in is for All-Star DeMarcus Cousins.

Rumor of the Spurs’ interest in the fiery big man came from Shams Charinia of The Athletic, who said he has been in “direct contact” with DeMar DeRozan.

Of course, being in contact with DeRozan does not mean the Spurs are directly talking to Cousins. It could just be two friends having a chat and hardly seems like enough to make this a serious rumor. Regardless, if there is actually mutual interest between the Spurs and Cousins, some changes would have to be made. With the roster full, the Spurs would have to waive someone to create a roster spot (likely Chimezie Metu) or make a trade that creates an open spot, be it one player for cap space, two players for one, etc.

Signing Cousins would definitely add talent to the Spurs’ roster, even if he is not the same player he once was after rupturing his Achilles last year and his quad during the first round of the playoffs this year. They are short on big men, and Cousins would combine with LaMarcus Aldridge and Jakob Poeltl — not to mention Gay (his former Kings teammate), Carroll and, assuming he’s not the trade needed make it happen, Davis Bertans — for what would be one of the most talented front courts in the league.

While Cousins and the Spurs don’t seem like a natural fit on paper — his firebrand personality and past tendency to clash with coaches and teammates doesn’t make him Gregg Popovich’s type of player — if he’s willing to take an even bigger pay cut than Golden State gave him last season ($5.3 million), there would be no better place to rehab his image both as a player and person than under Pop’s eye. If there isn’t a market for him, why not?

The Spurs have been linked, at least vaguely, to Cousins. There’s little about that marriage that makes sense on paper, but maybe that’s why it should happen. San Antonio is one of the slowest teams in the league, and it needs more talent. Boogie might be a better 3-point shooter than DeMar DeRozan, so he could theoretically provide some spacing around LaMarcus Aldridge too. San Antonio is also at a crossroads, and this could be the final year before the team begins transitioning to a more youth-focused squad. So why not take a chance on Boogie? Good luck selling Pop on that idea, DeMar.

Ultimately, the odds of Cousins joining the Spurs seem slim. He’s an imperfect fit, and once the Nephew dust settles teams will be looking for a back-up plan, and Cousins will be the most talented player available on the market, possibly ready to sign for any price. Still, anything is possible.

What do you think, Pounders? Should these vague rumors be taken seriously? Would you like to see Cousins in a Spurs uniform, and if so how much would you be willing to sacrifice to make room for him? Feel free to discuss in the comments below.