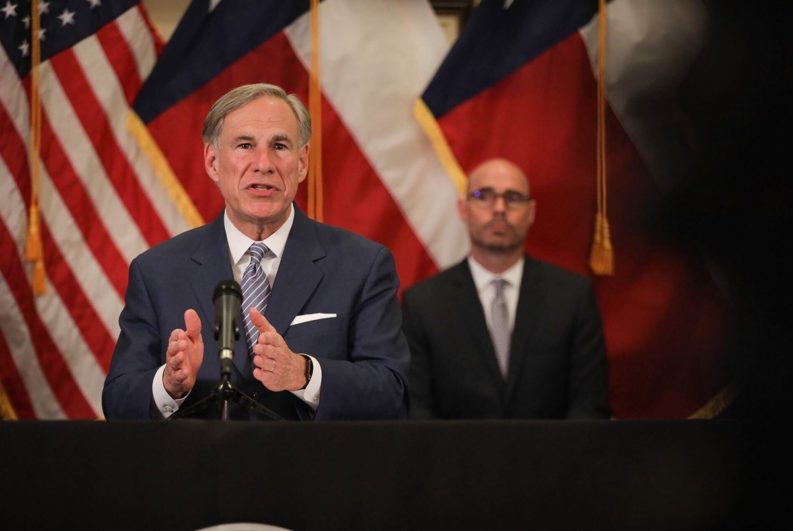 Gov. Greg Abbott announced Friday that public and private school classrooms will remain closed for the remainder of the school year to avoid quickening the spread of COVID-19, the disease caused by the new coronavirus.

The decision, made with the advice of doctors and health officials, came alongside a series of executive orders intended to slowly reopen the state economy, relaxing restrictions on retail businesses, doctor’s offices and public parks.

“The team of doctors advising us have determined it would be unsafe to allow students to gather at schools for the foreseeable future,” Abbott said.

The Texas State Teachers Association applauded a decision that “removes uncertainty for hundreds of Texas communities and, health experts say, will help slow the spread of the coronavirus. … Meanwhile, teachers will continue to work with their students to provide lessons and activities — remotely — as they have been doing for several weeks.”

Texas Education Commissioner Mike Morath will provide school districts more details soon, Abbott said. “[Texas Education Agency] fully supports the governor’s actions and continues to work closely with districts across the state to ensure students are getting what they need: meals, dedicated efforts to keep kids feeling safe and connected during these times, and support so students can continue to learn and grow academically,” the agency said in a statement.

Until late March, when Abbott ordered schools statewide to shut down until at least May 4, local districts were making their own calls on whether to close.

Early reports of community spread in Texas prompted many school administrators to extend their spring breaks. As more districts closed, educators asked state officials to scrap mandatory statewide academic exams, and began trying to line up laptops and Wi-Fi hotspots to make sure vulnerable students would be able to participate in online schooling.

While waiting for further instruction from the state, a handful of school districts had already made the tough decision to scrap any plans for reopening and end the school year teaching remotely.

Among the largest is the 75,000-student Fort Bend Independent School District, which announced Tuesday that it would continue online instruction through the end of the school year.

In a message to the district community, Superintendent Charles Dupre said the decision was “in the best interest of our students and staff,” especially since there are only three weeks of instruction remaining after May 4.

“We believe it will be even more disruptive to our students, staff and teachers to ask them to pivot back into our buildings and the traditional classroom environment,” he wrote.

District officials will plan to reopen school in August, including “re-strategizing to make up for any lost learning in the current year,” he said.

Parents who responded to that message on the district’s Facebook page lamented the extended period of virtual learning, but many said they recognized it was the safest option.

The Trump administration released guidelines Thursday on how state and local officials should ease into reopening the economy.

Schools and day cares should only reopen in states and regions with a two-week decrease in reported COVID-19 cases and other illnesses with similar symptoms. Those states should also make sure hospitals have adequate capacity and widespread testing.

Without those factors, the guidelines say, schools “that are currently closed should remain closed.” As the rate of infection decreases and more sectors of the economy open up, states should open their schools and day cares.

Disclosure: The Texas State Teachers Association has been a financial supporter of The Texas Tribune, a nonprofit, nonpartisan news organization that is funded in part by donations from members, foundations and corporate sponsors. Financial supporters play no role in the Tribune’s journalism. Find a complete list of them here.