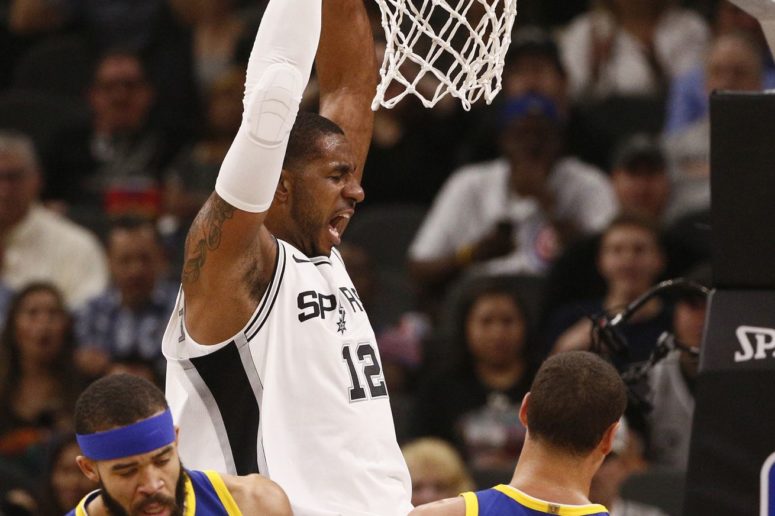 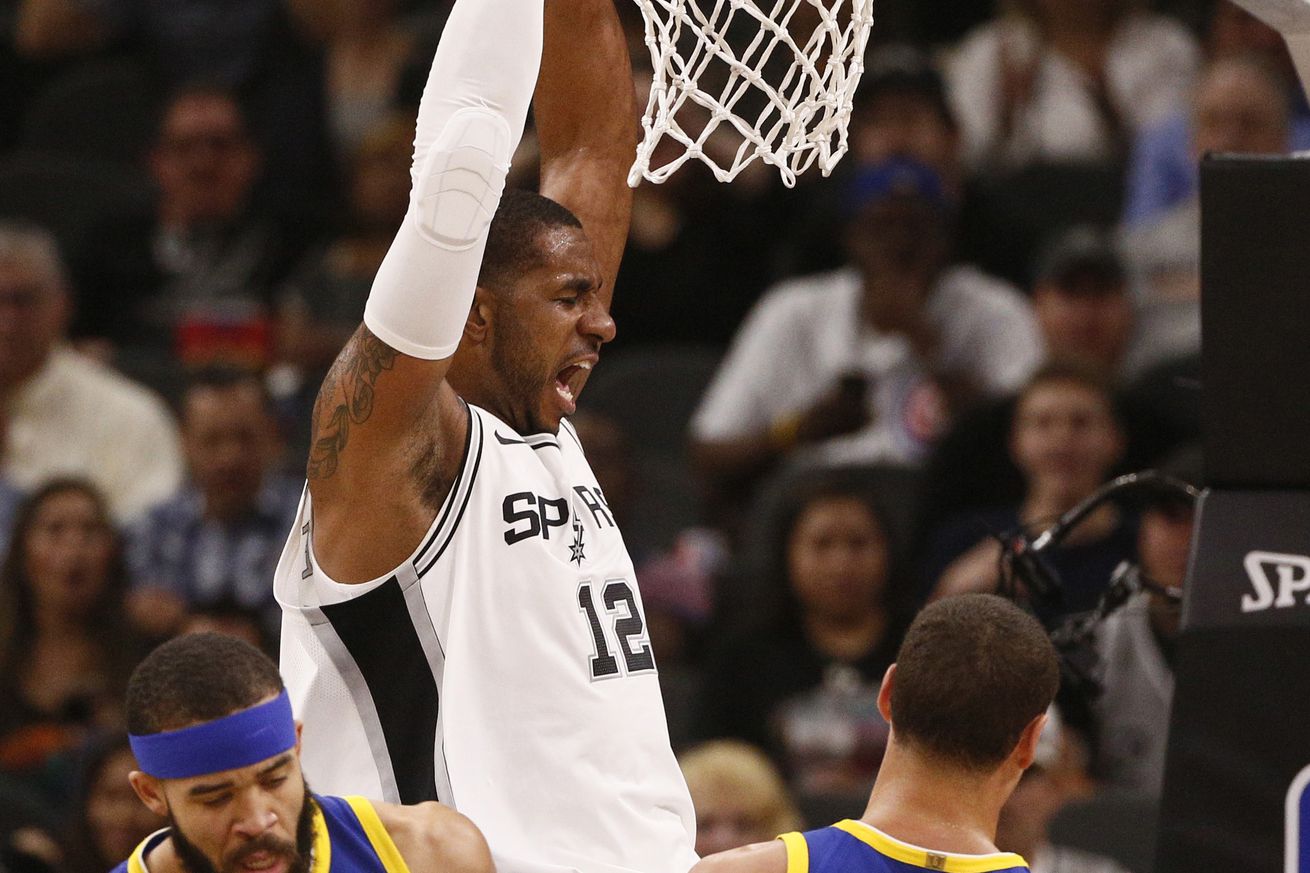 The Spurs missed Kawhi Leonard as they couldn’t hold an early lead against the surging Warriors as they shot their way to a win and the Silver and Black lost their fourth game in a row.

The Spurs dominated the Warriors at the start of the game, but they couldn’t maintain their energy and intensity and the Warriors won easily to give the Spurs their fourth consecutive loss.

Lamarcus Aldridge opened up the scoring for the good guys with a triple, and after an opportunistic steal and putback by Kyle Anderson and another deep shot from Pau Gasol the Spurs were ahead 10-4. The Warriors began to fight back but the Spurs were having none of it. After a dribble drive dunk from Danny Green put the Spurs up 17-9, Steve Kerr needed a time out, and I needed a drink.

The Spurs continued to pour it on, playing aggressive defense and disrupting the Warriors offense, swelling the lead to 31-12. Unfortunately, the Silver and Black lost their focus and allowed the Warriors a 12-2 lead to close the quarter as they turned over the ball and Stephen Curry got hot from outside.

The second quarter was a more grind-it-out affair, but the Spurs settled down on offense and harassed the Warriors, keeping Kevin Durant in check making him miss his first 8 shots. Turnovers cost the Warriors, but neither team played mistake free basketball. The Spurs shooting went cold late in the quarter, and the Spurs led 55-50 at the half.

Draymond Green got the Warriors started with a quick three and a steal and drive to the basket to cut the lead to a basket. The Warriors’ quick start gave them the lead and a 5 point lead turned into a 7 point deficit for the Spurs. All of the aggression and poise of the first 24 minutes was replaced by tentative and passive play as the Warriors outhustled the Spurs. Durant, who had been held in check in the first half, began to cook for the Warriors. The Spurs trailed 84-78 after three.

The Spurs defense started to get a little better in the final quarter, but unfortunately they couldn’t score points to keep pace with the surging Warriors. Halfway through the quarter, Bryn Forbes entered the game and provided some spark, cutting the lead to single digits. Gregg Popovich, after a missed travel call by the refs, had had enough, and earned two techs and an early trip to the locker room.

The Spurs face the Charlotte Hornets tomorrow night in the AT&T center at 7:30PM, and need a win to keep from having a losing record after 9 games for the first time … in a long time. I’ll see you in the game thread.