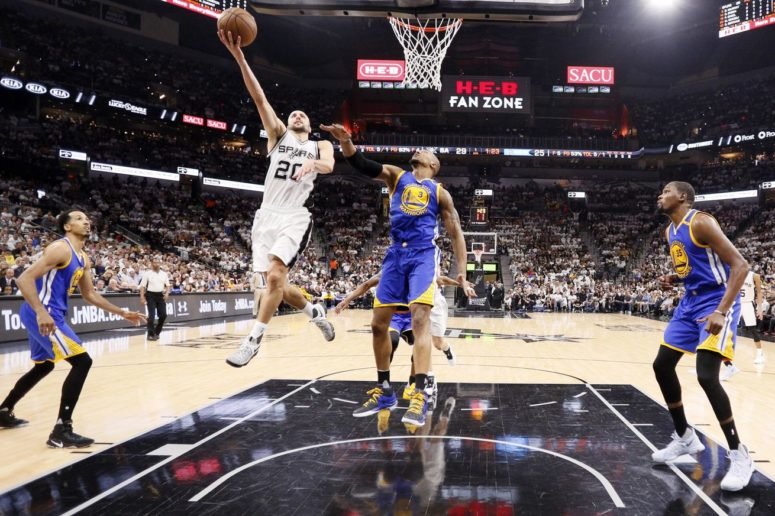 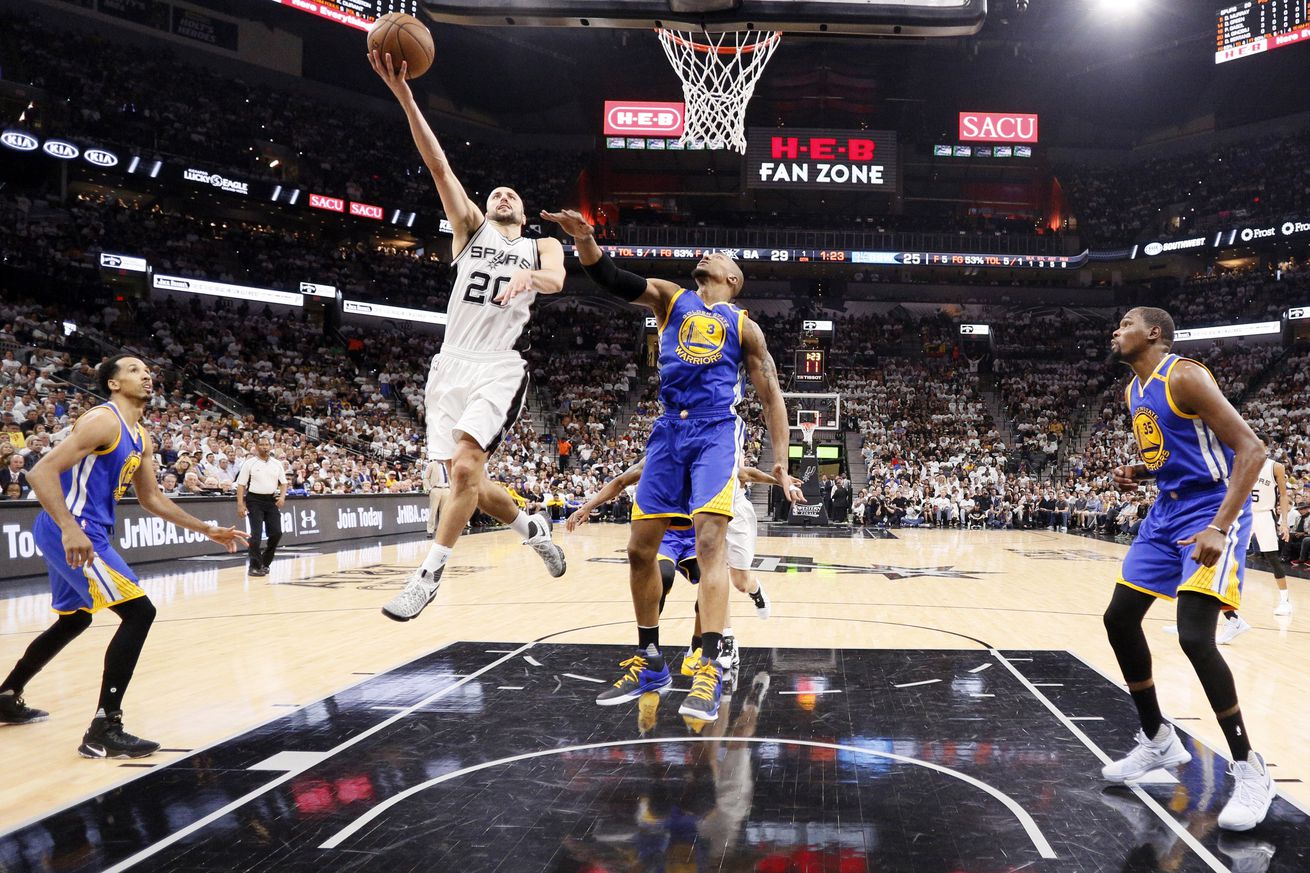 Our favorite Argentine was the Spurs’ best player in Game 3, which kind of says it all

The math provided a certainty beyond a shadow of a doubt going in, no different than inevitability of the Titanic sinking once it took on too much water. The Golden State Warriors had the four best players coming into Game 3. Teams in that situation are approximately 5,921-0 in playoff games in NBA history. I had no false aspirations once the Spurs announced the morning of the game that Kawhi Leonard would once again be out due to his injured left ankle.

Bereft of hope or fantasy, the game wound up being pretty entertaining, actually, far surpassing my expectations. Strip away the context of the present and what we saw was a bunch of Spurs youngsters gaining invaluable experience on the biggest stage against the very best in the world. And for the most part, they could hold their heads up afterward. Jonathon Simmons, Dejounte Murray, Davis Bertans and Kyle Anderson all made plays, they all showed spirit and fight, none of them shrunk from the moment. Are they the most talented guys in the world? No. Perhaps none of them will mount to much more than what they are right now, valuable reserves on a good team. But they’ve demonstrated heart and desire and the ability to adapt and improve. The best compliment you can give the 10-13 guys on a roster is that they would’ve come in quite handy as the 6-9 on some other squad and if you watched any of the Boston-Washington series last round you know where I’m coming from. The Spurs young dudes and the hope of a bright future they’ve instilled in me are my second favorite thing I’ll take away from these playoffs.

The first, of course, is Manu Ginobili.

It took him a while — an uncomfortable while— for him to get going this postseason, to the degree that I shamefully admit to having lost the faith. But for whatever reason, maybe the urgency of the moment, maybe the season-ending injury to Tony Parker or maybe he just felt healthier, Ginobili has put together three of his best games not just these playoffs but of the entire season over the past five. All of a sudden he’s been able to find driving lanes to the rim that haven’t been there for him all year. He’s getting to the free-throw line with some degree of regularity. He’s got juice in his legs. Most of all he’s playing with the confidence and swag we’re used to seeing from Manu at his best, the willingness to nutmeg David West just because he looked like someone who could use a nutmegging just then.

Manu a real one for that nutmeg pic.twitter.com/Ib5ip2GvKw

Here’s some perspective for Ginobili’s 21 points on 7-of-9 shooting in Game 3: Not only was it a season-high in scoring for him but it was more than he scored in any game of the 2014 Finals against Miami and all but one game of the 2014 conference finals against Oklahoma City. And he was damn good in those series. Also, he managed to accomplish something previously only done by some guy named Kareem Abdul-Jabbar.

There will be time to write more —much more— about Ginobili and what he’s meant to the Spurs, to us and to me some other day. While it can be debated til the cows come home where he falls in the franchise’s pecking order among their all-time best players there is zero doubt whatsoever that there will never, ever be a Spur that was more fun to watch, more charismatic and more inspiring to fans and teammates alike.

I’m guessing his body will feel like absolute hell tomorrow morning and that it will be difficult for him to summon a similar effort in Game 4. It’s highly unlikely that he’ll have a chance to produce more Game 5 magic.

At least we got one last vintage performance to remember him by, even at 39 and against the one of the best teams in NBA history. Manu Ginobili is a basketball genius and we’ve been ridiculously lucky to enjoy him for as long as we have.