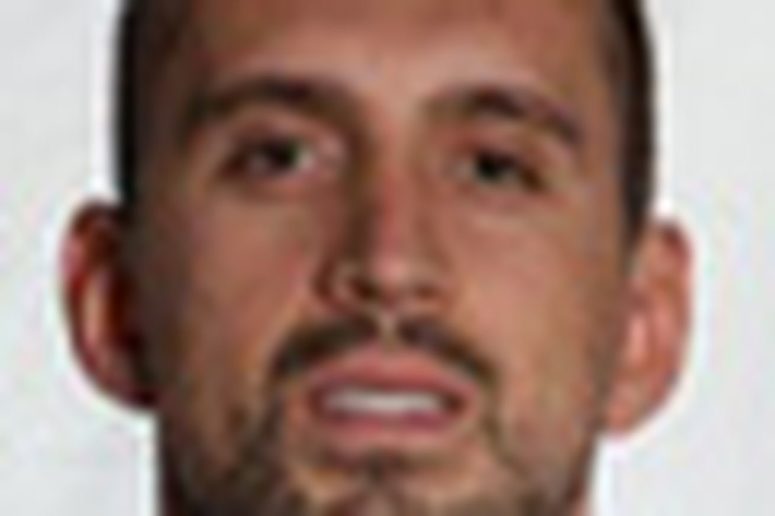 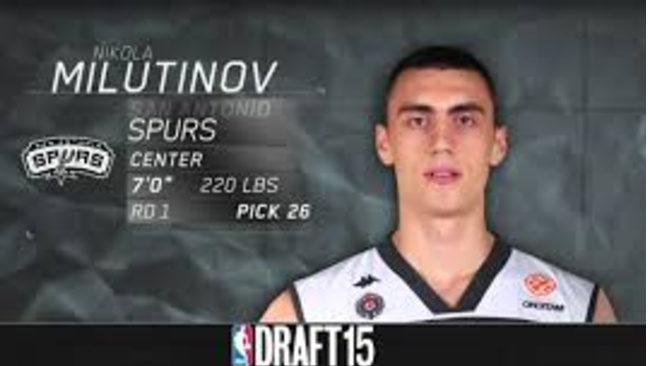 Here’s the big man with an opportunity to prove himself to the Spurs.

He was never in the spotlight, never a star. And maybe, he will never be one. But that is fine, he is used to that role. Milutinov was always considered a good young player, but almost an afterthought when talking about promising youngsters. From the start of his career, he battled to prove the skeptics wrong. What he has achieved so far is the perfect example how a bit of talent, a lot of hard work, and a good amount of mental toughness are enough to succeed.

After the reports of Nikola Milutinov and Nemanja Dangubic joining Spurs summer league team, i thought it would be nice to give some insight on Milutinov as his name is mentioned rather often as a new face in Spurs jersey. His contract has a clause which says that San Antonio will need to decide by July 15th if they are to sign the player this offseason. According to latest update, he will stay in Greece at least one more season, and he was offered improved contract by Olympiacos for another 3 years. Confirmation is still pending.

He started on Hemofarm Vrsac’s junior squad, a team which has given a start to lot of talented players, among them famous draft bust Darko Milicic. Slowly working his way up, Milutinov made his professional debut in 2011/12 at the age of 17, and after that season moved to KK Partizan, Serbian powerhouse and one of the better European teams.

In his first season he was one of the bench players, playing only 60 minutes in Euroleague and 200 in regional ABA league. Despite his limited minutes, he was given a chance to work with Dusko Vujosevic, KK Partizan legend, former Euroleague coach of the year, and a man known to give young players a chance. For the last ten years, Vujosevic has been among the best coaches in developing players.

Nikola was patient, worked hard and grabbed every chance he got. His approach paid dividends in his second season when he started 16 games in Euroleague (21 in total) and averaged 20 minutes a game on a young team. Three of his teammates were Joffrey Lauvergne (Chicago Bulls) and Bogdan Bogdanovic (27th pick in 2014) and Davis Bertans who, along with team captain Milosavljevic, were the stars and fan favorites. In the Serbian Superliga Finals, Milutinov and former Cavs player Aleksandar Pavlovic got into a fight with DeMarcus Nelson, former Duke captain, and all three were suspended for one game. When the team failed to qualify for the Euroleague and three of their young stars left, Milutinov got a bigger role.

For the 2015 Draft he was projected as a 2nd round pick. Most of the scouts have raised questions about his agility and defense, with everyone hailing his work on offensive rebounds. During the season, Milutinov started to expand his range behind the free throw line and improved his defense. He was picked up by the Spurs in the late 1st round, a move that surprised many and started rumors in Europe that San Antonio had no intention of bringing Milutinov to NBA. Even though it was nonsense, I imagine it wasn’t easy to stay at home and read those articles. The reward came shortly after, in the 3-year contract he received from Olympiacos.

At the time, Oly had probably one the best center rotations in Europe. With Othello Hunter and Patric Young as competition, doubts were raised again about Nikola’s future. I will not deny that I was among them.

The main concern was that Olympiacos is known for their defensive system and using mobile bigs who can block a ton of shots and control the defensive glass. Milutinov kept working despite his diminished role, and after Young was injured, he got more minutes, despite Hakim Warrick arriving as substitute. This season he proved himself on the biggest stage, playing well as the team made it all the way to the Euroleague Finals.

It’s still an open question as to whether he is ready to make a move to the NBA, but one thing is sure, he has proved all the doubters wrong so far.