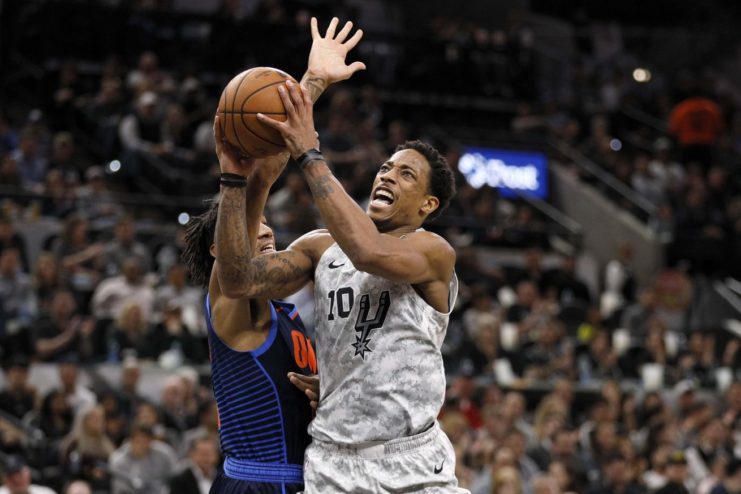 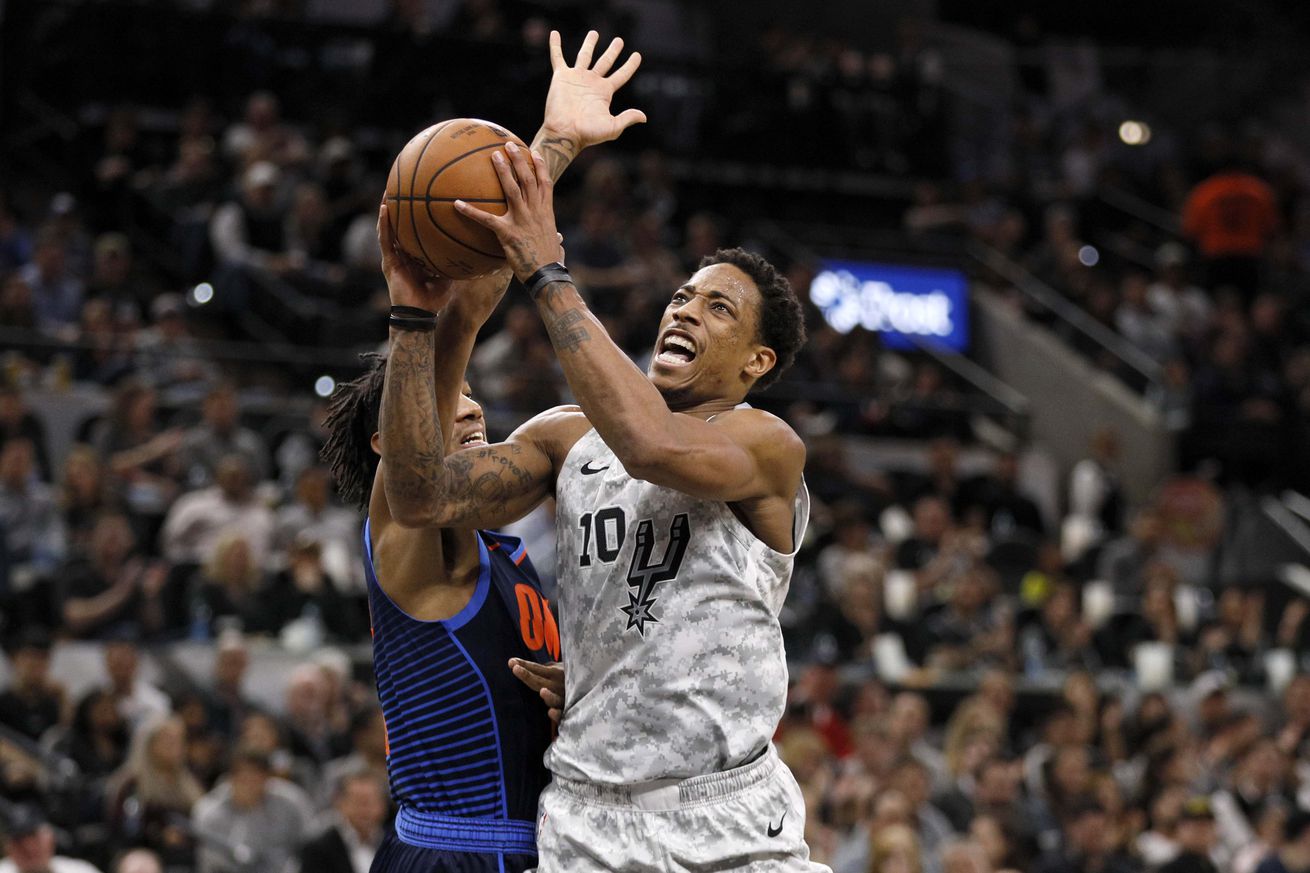 The Spurs face the Thunder in the AT&T center after a disappointing effort in Atlanta.

After Trae Young torched the Spurs in Atlanta on Tuesday, the Spurs return home and face Chris Paul, Shai Gilgeous-Alexander and the Thunder tonight in the AT&T Center. This isn’t the same Thunder team you saw last year, but with that backcourt, they’re going to be extremely dangerous. Dejounte Murray is still on a minutes restriction, and Derrick White is still recovering from a hard fall in the Lakers game, and will probably also be limited. So expect to see Patty Mills a lot tonight, who’s been really good on offense, but has trouble with defending elite guard play sometimes. It’s going to be interesting to see if the Silver and Black can bounce back from a disappointing performance in their last game and win one for the home crowd. Go Spurs GooOOOooOO!!