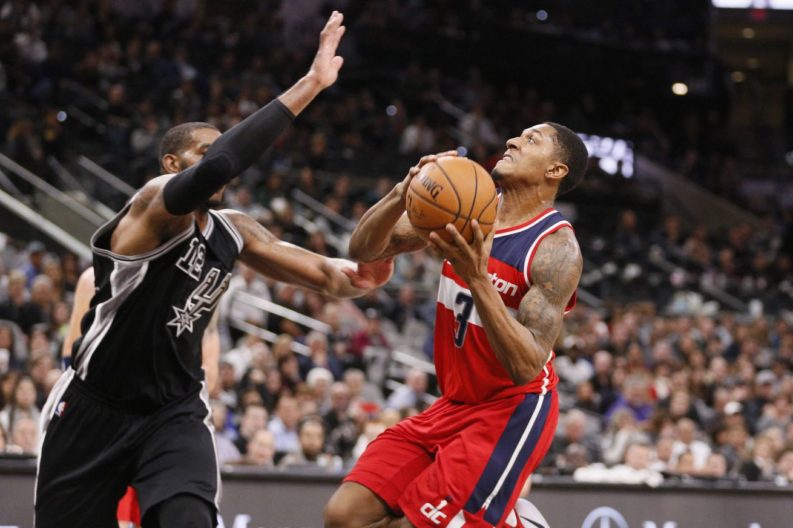 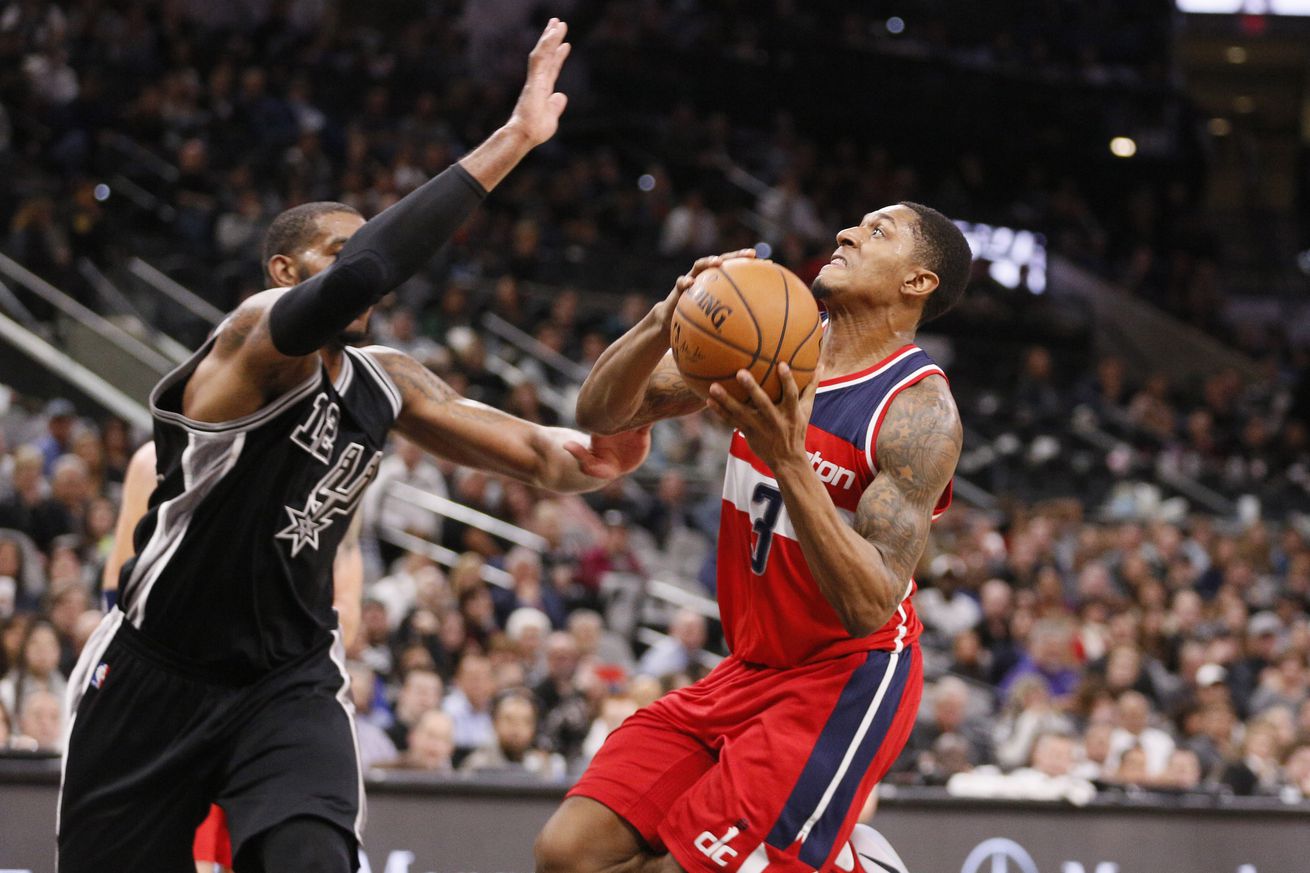 The Spurs look for a fifth straight against the visiting Wizards.

After winning their fourth straight on Monday against an All-Star-less Warriors team, the longest home stand of the Spurs’ season continues tonight against the Washington Wizards, a team they’ll face twice over the next week.

The Wizards have enjoyed a mini-break since defeating the Pacers 109-102 on Saturday and continue to play well with All-Star point guard John Wall on the shelf. Wall underwent knee surgery on January 31st with the Wiz just four games above .500 at 26-22; since then, they’ve improved to 40-30 and currently hold down the fifth spot in the East.

Meanwhile, Monday’s win temporarily propelled San Antonio into sole ownership of the fifth slot in the ultra-competitive Western Conference, although they now sit in sixth after another shakeup on Tuesday. They’d love to avoid another tumble by picking up their fifth win in a row tonight.

First and fourth quarters — do that

Against a Golden State team missing Stephen Curry, Kevin Durant, Klay Thompson and Draymond Green, the Spurs 12-point third quarter washed away their 49-41 half time lead as Golden State entered the fourth up 63-61. Fortunately, San Antonio, which scored 58 of their 89 points in the first and fourth quarters, urgently responded to quickly retake the lead, holding the Warriors to 12 fourth period points in the 14-point victory.

So, what did the Spurs do in the first and fourth that was distinct from the two middle quarters? Well, hold on to the ball, pass the ball, and, surprise, make baskets.

Livin’ on the edge

The Wizards hold the fifth-worst point differential among teams currently destined for the playoffs at plus 1.4 points per games (New Orleans, Cleveland, Miami and Milwaukee follow). With six overtimes games this season, including last week’s big double overtime win at Boston, Washington plays it close.

No Wall, but plenty of support

Despite Washington’s improved play without John Wall, it is something of a relief that the Spurs’ veterans won’t need to account for his speed in the open floor all night long. And yet, the Wizards still have the talent to come out of SA with the W.

Last season, Wall and scoring guard Bradley Beal led the Wizards to a 49–33 finish and near seven-game upset of the Celtics in the Eastern Conference semis. Beal continues to lead the team in scoring with over 23 points per game, followed by Wall at 19, and small forward Otto Porter Jr. at 15. In Wall’s stead, Scott Brooks has opted to start Tomas Satoransky, a capable guard with good size and ability to hit the three.

Washington’s had trouble containing opposing bigs in recent games, giving up 31 points to Boston’s Marcus Morris (who’s averaging 12 points per game), and 37 points to Minnesota’s Karl-Anthony Towns, 17 above his average. Thus, expect another monster game from LaMarcus if the Spurs’ shooters provide him with just a little operating room. San Antonio won both games last season, three straight, and 20 of the last 23.

PtR’s Gamethread will be up this evening for those who want to chat through the game. You can also follow along with the action through PtR’s Twitter feed