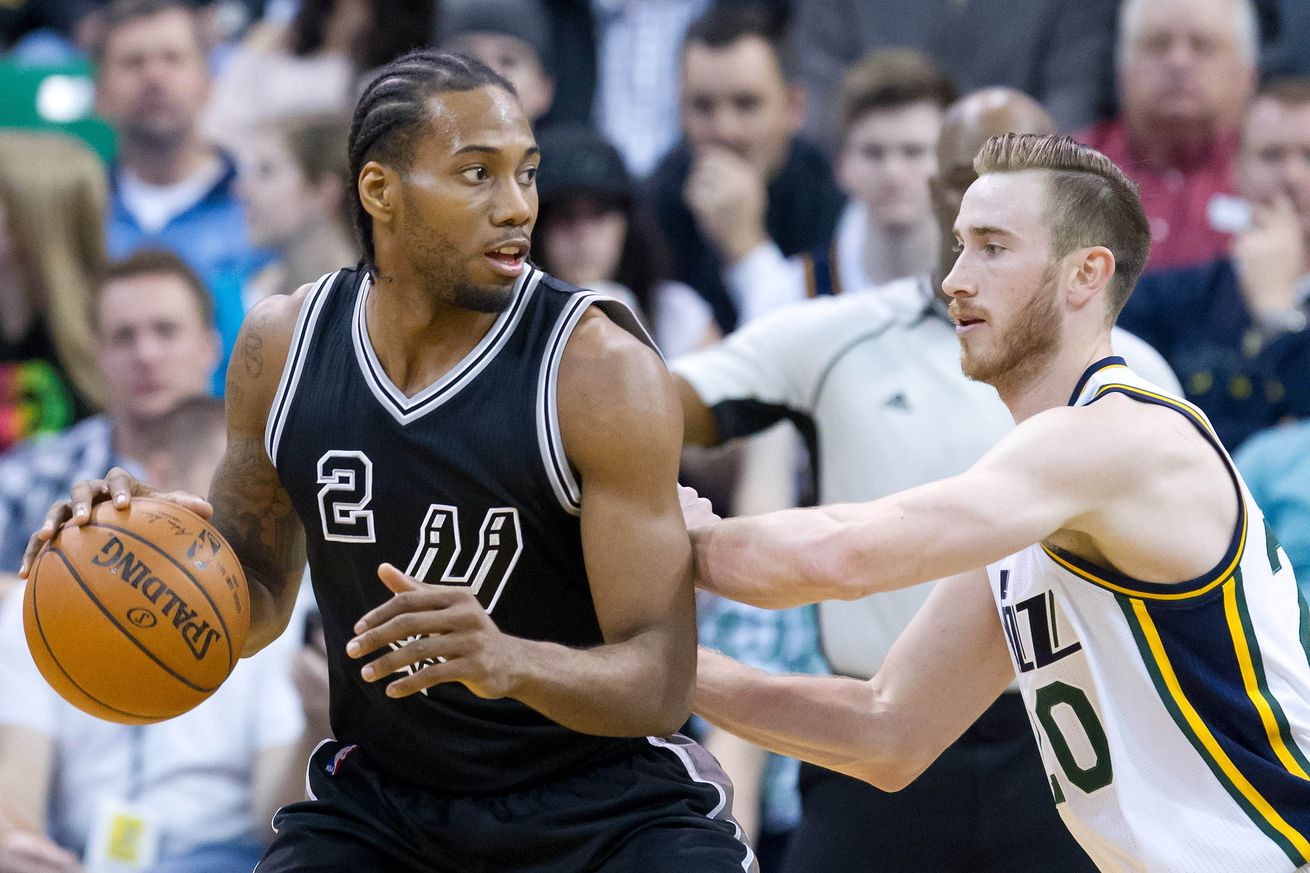 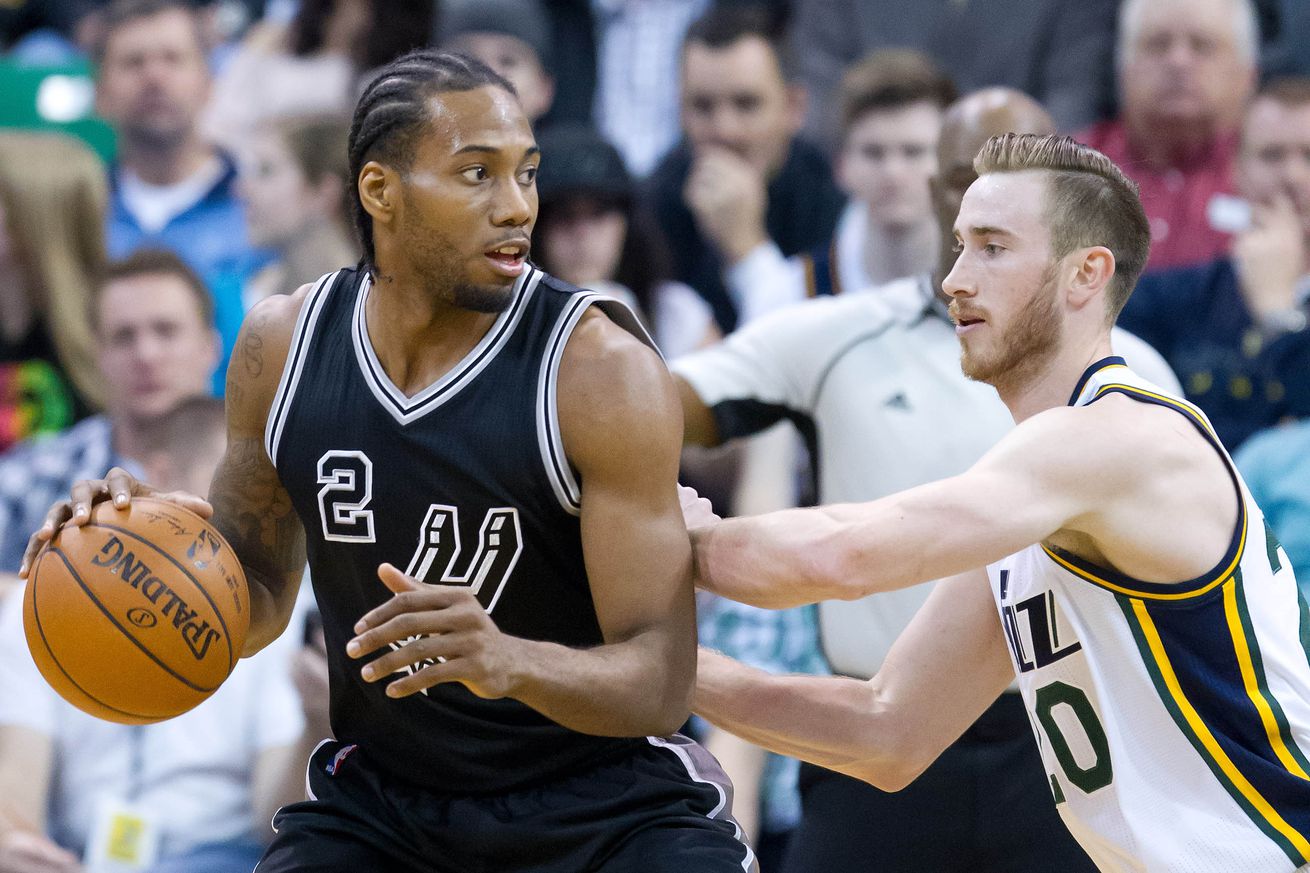 The Spurs host the Jazz in a Sunday matinee.

Turns out, they were spot-on. Utah has the fourth-best record in the conference (47-29) and the league’s fifth-best point differential per 100 possessions (5.0), trailing only the Warriors, Spurs, Rockets and Raptors. In fact, with its peripheral stats, the Jazz should be outperforming its current record. Pythagorean win expectation — a metric that estimates a team’s win-loss record based on its point differential — indicates the Jazz should have 49 wins, though it doesn’t even take into account the extenuating circumstances preventing the Jazz from being a top three seed.

Injuries were the team’s death-knell early in the year. Utah stumbled out of the gates with a 7-8 record, winning more than half of its games against the lowly Lakers, Knicks, 76ers and Magic. The offense treaded water, while the defense hadn’t yet reached its current heights. Stocked dropped for the Jazz league-wide. Perhaps the praise was a year too early and the team wasn’t equipped to make the next leap.

Things improved for the better once the essential pieces of the team returned to the rotation. Gordon Hayward improved his scoring average for the seventh consecutive season, along with career-highs in 3-pointers (2.0), true shooting percentage (.592), Player Efficiency Rating (22.0) and usage rate (27.4). He was named to his first All-Star team this season.

Rudy Gobert, one of the two frontrunners for this year’s Defensive Player of the Year award, leads the league in block shots per game (2.6) and is averaging a double-double for the first time in his career. When he’s off the floor, Utah’s third-ranked defense allows 106.9 points per 100 possessions, compared to just 100.0 when he’s lingering in the paint. Opponents are shooting just 42.5 percent when he contests the shots this season on a healthy number of attempts (1,163).

Down the line, Utah receives contributions from its deep bench. George Hill (remember him?) is thriving as the lead point guard in Quin Snyder’s system. He’s gonna get paid this season. Rodney Hood is the optimal fit at shooting guard alongside, Hill, Hayward and Gobert. And in no particular order: Derrick Favors, Joe Johnson, Boris Diaw, Dante Exum, Joe Ingles, Shelvin Mack, Alex Burks and Trey Lyles round out the 5-12 spots in Utah’s rotation. This is a deep Spurs-y type team, winning more than two-thirds of its games without one of the 15 best players in the league.

Twelve players have started at least one game for the Jazz this season, forcing Snyder to re-jigger his rotation several times to compensate for injuries. It’s as good as a Gregg Popovich impersonation that you’ll see from another head coach in the league.

Snyder has a legitimate shot at winning Coach of the Year hardware, too, considering Utah should exceed the 50-win threshold and his ideal starting lineup (Hill, Hood, Hayward, Favors and Gobert) has only appeared in 13 of 76 games this season.

Important free agent decisions from Hill and Hayward await the Jazz in the offseason, meaning this postseason carries more contextual significance. A deep playoff run or a premature exit could be the difference between a bright future for this up-and-coming team or another full-scale rebuild.

During the Gregg Popovich Era (1997-present), Utah has lost 38 of 45 games in San Antonio, including the postseason.