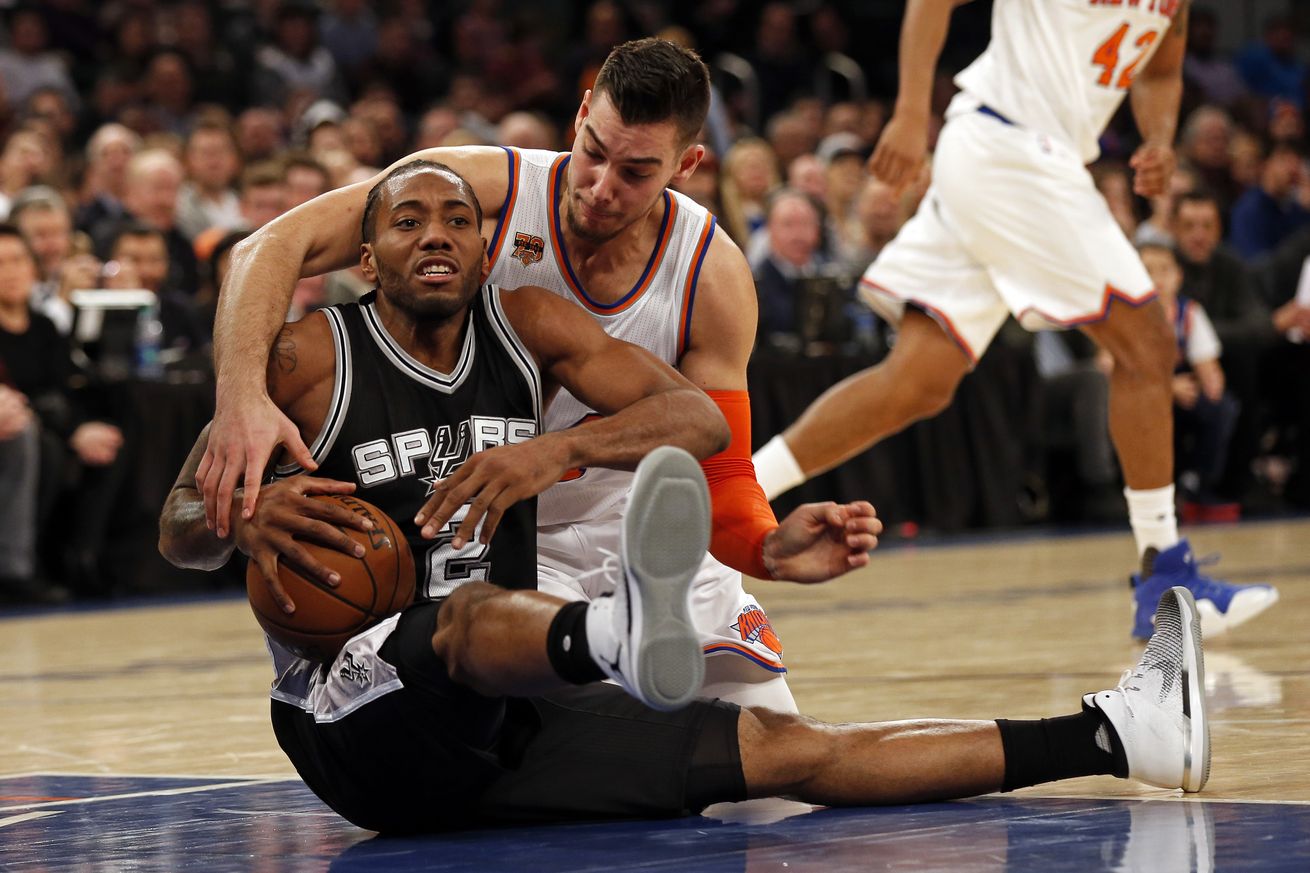 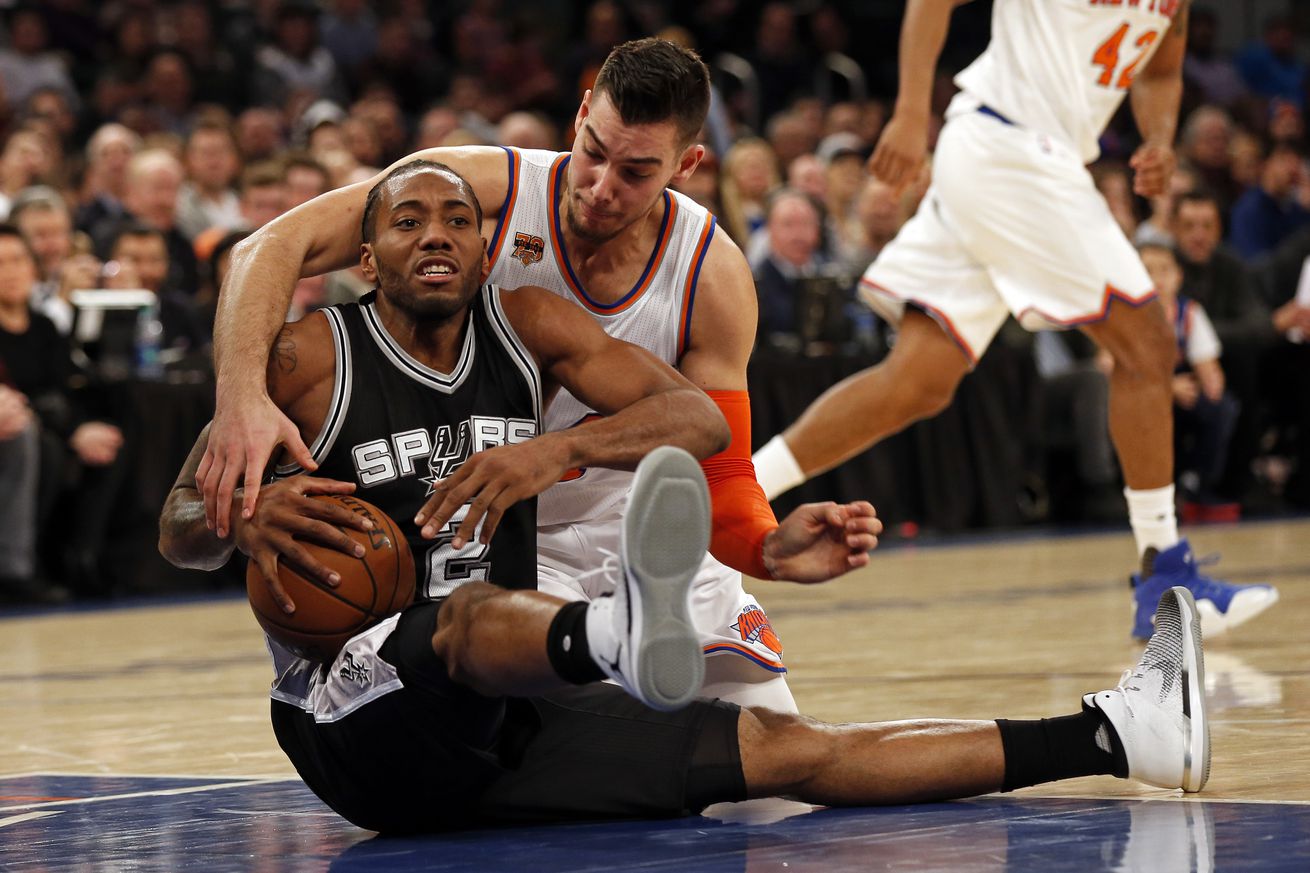 The Spurs take on the only team they haven’t beaten this season, the New York Knicks.

Instead of building around Kristaps Porzingis, a 21-year-old basketball unicorn capable of knocking down 3-pointers and protecting the rim, the Knicks signed an over-the-hill Rose and creaky Noah to eight-figure salaries. Neither of these players fit the Porzingis timeline or, frankly, any winning basketball timeline.

Some fans were dooped by the Knicks flashy offseason. Rose was, too. He called the Knicks a “super team” in the offseason, putting unnecessarily high expectations on a shoddy roster incapable of making a serious dent in the Eastern Conference hierarchy.

Carmelo Anthony is still hoisting 20 shots a game to score 22 points. Porzingis is held back by his teammates. If you only care about inefficient scoring, Rose is fantastic. Courtney Lee remains a nice foundational piece for contending teams and a breath of fresh air on terrible basketball teams. Noah just might have the worst contract in the NBA.

This is a franchise, of course, known for its incompetency. Landing Porzingis was less of a stroke of genius and more of a fortuitous break for a franchise that definitely would have selected Jahil Okafor instead if he was available in the draft.

New York isn’t positioned to win around its young star, nor does it seem willing to make a concerted effort to pare down its roster with younger players. New York is 21st in average age this season. The only semi-regular rotation player around Porzingis’ age is Willy Hernangomez. Otherwise, the roster is filled with has-beens and never-beens. These players won’t move the needle in the future, when Porzingis continues to develop into his own powers. Joel Embiid and Karl-Anthony Towns have promising young talent around them, streamlining a trajectory for future success. Porzingis inherited a basketball wasteland.

This is a super (duper bad) team, sitting 13th in the conference standings, just 0.5 games ahead of the Orlando Magic. New York is 17th in offensive efficiency and 25th in defensive efficiency, allowing an untenable 108.9 points per 100 possessions this season. James Dolan is still the owner, too.

Please hug a Knicks fan if you see one.

Through 71 games, San Antonio has beaten 28 of the other 29 basketball teams in the NBA.

New York is the last team with an unblemished record (1-0) against Los Spurs. These teams met once in February during the Rodeo Road Trip. San Antonio succumbed to the New York Flu, dropping a 94-90 game in Madison Square Garden as Anthony and Rose combined for 43 points. Kawhi Leonard threw up 36 points on the losing side.

For the Knicks fan’s perspective, visit Poasting and Toasting.