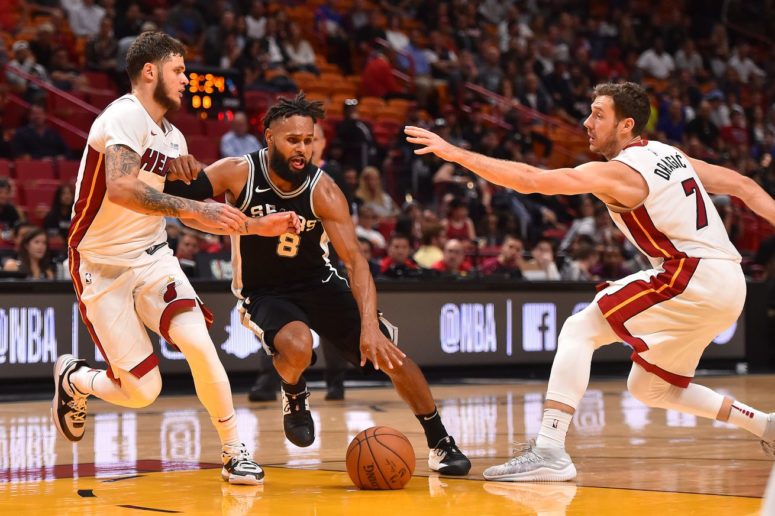 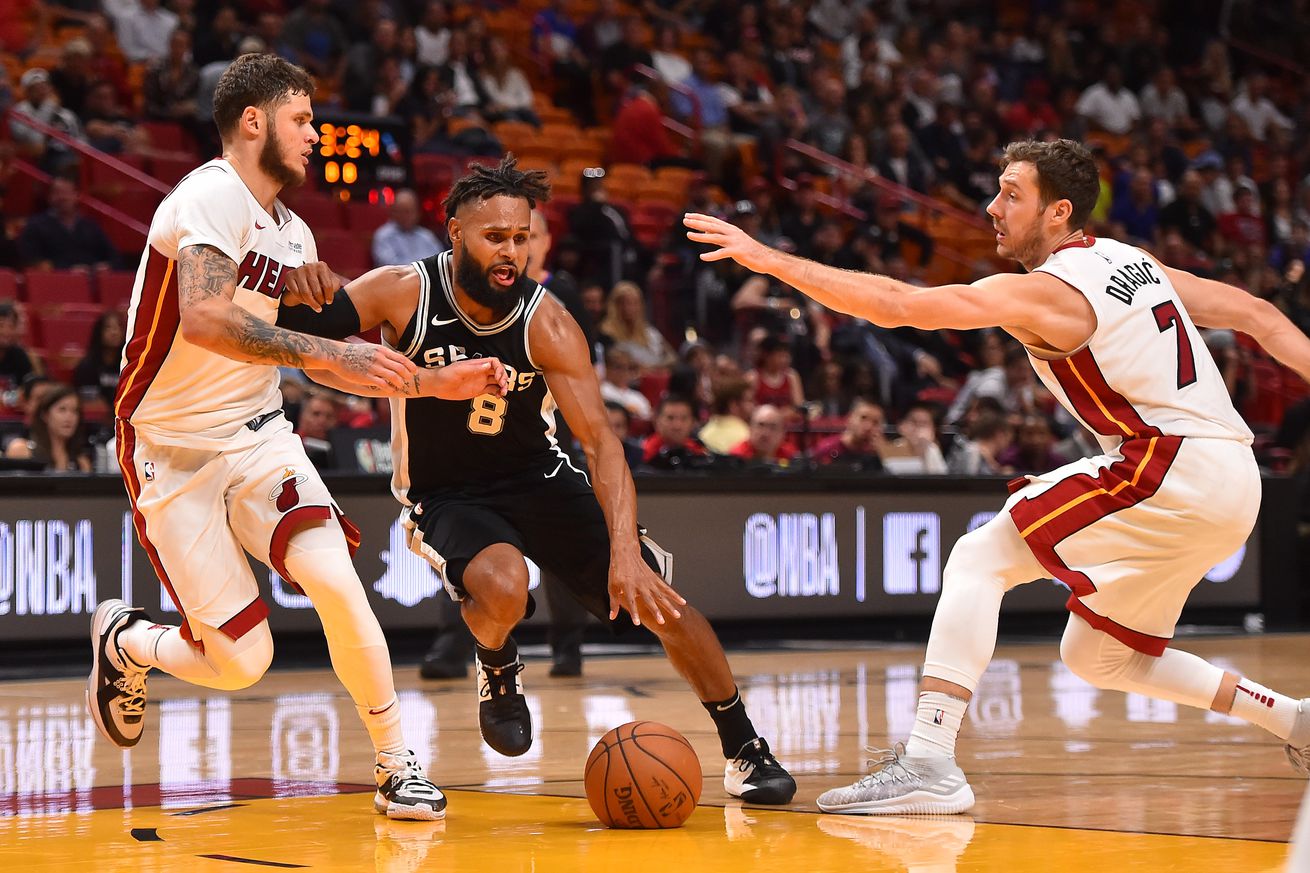 The Spurs’ homestand continues as they look to sweep the season series against the Heat, playing once again without Hassan Whiteside.

The Miami Heat enter AT&T Arena on Tuesday night hoping to return to .500 after dropping three of their last four games by an average of almost 23 points, facing a Spurs team that’s won five of its last six.

However, they’ll have to do so without the services of center Hassan Whiteside, who remains sidelined after injuring his knee against Cleveland last week. This game marks the second of two regular season meetings between the clubs. San Antonio prevailed 117-100 on October 25th in Miami.

The Heat currently sit in 10th place, two spots out of playoff contention but only one game back of the 8th place, 12-11 Wizards. After last season’s strong finish, most expected this team to be well-within the playoff boundaries.

Creating consistent offense has been the biggest challenge for the league’s 27th ranked offense. Paired with a middle-of-the-pack defense, it’s easy to see why the team owns a -3.7 net rating. Point guard Goran Dragic leads all scorers with 17 points per game, but backcourt partner Dion Waiters has struggled with his shot (scoring 15 points per game on 39% from the field).

Spurs looking to pick up where they left off

The Spurs took the first meeting in Miami, winning 117-100. Aldridge led the Spurs with 31 points followed by Rudy Gay’s 22. Tyler Johnson led the Heat with 23 off the bench while James Johnson pitched in 21 followed by Dragic’s 20. Just like tonight, Hassan White did not play, which should bode well for Aldridge to bounce back from a 5-of-17 performance on Monday.

No team has cracked 100 points against the Spurs since the Mavericks on November 27th, and don’t expect Miami to break this trend. They’ll need to rely on their defense to avoid another blowout, but without Whiteside to help inside, the Heat could be in for a difficult night.

Another chance for Bertans to shine

Minus Kyle Anderson for the second consecutive game, Davis Bertans played notable and positive minutes in Monday night’s 96-93 win over Detroit. The Latvian forward not only hit 50% of his shots but also showed off some inside moves with a one-handed half-scoop/half-hook off a Patty Mills rocket assist. Bertans was one of seven Spurs to finish in double figures in a game in which San Antonio shot better from three than from two.