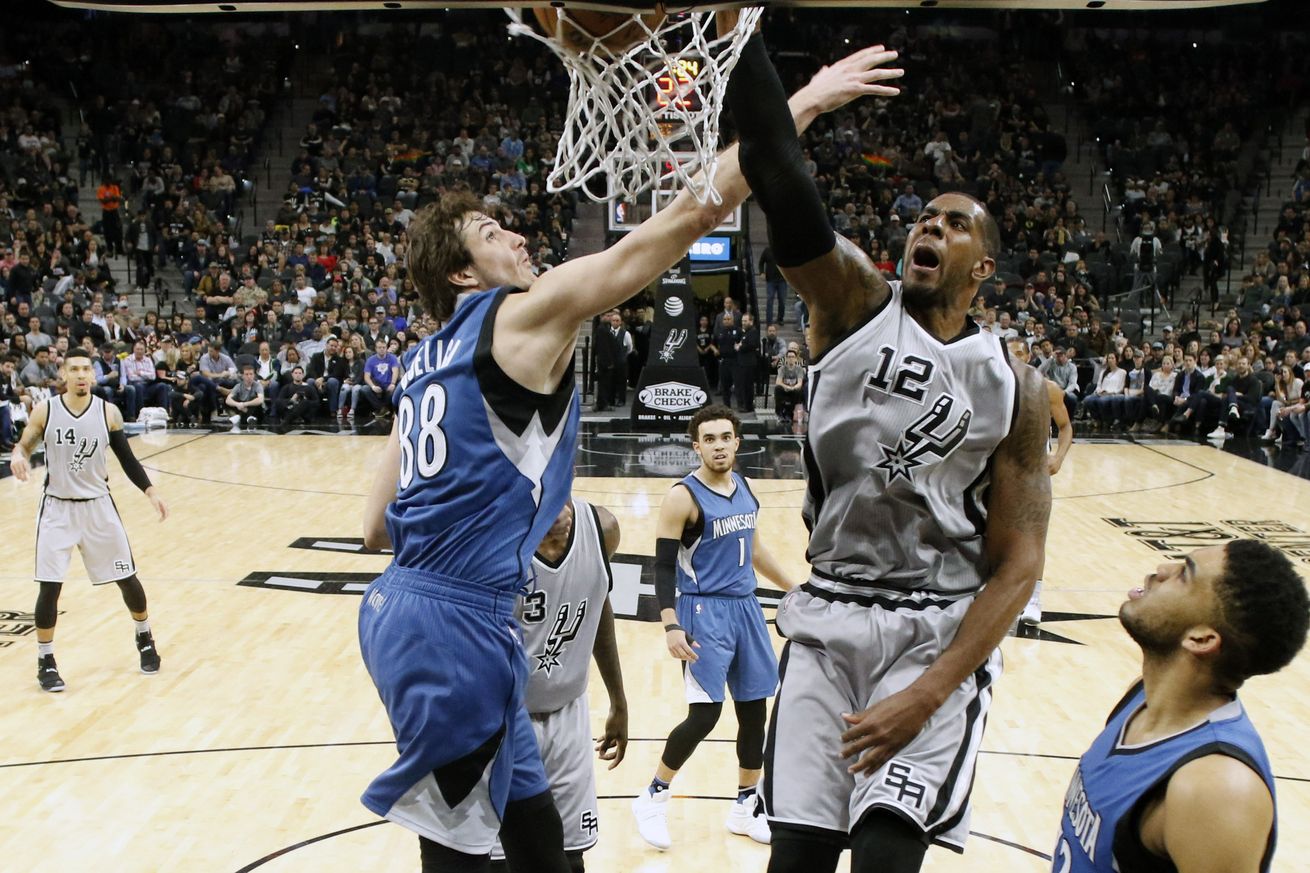 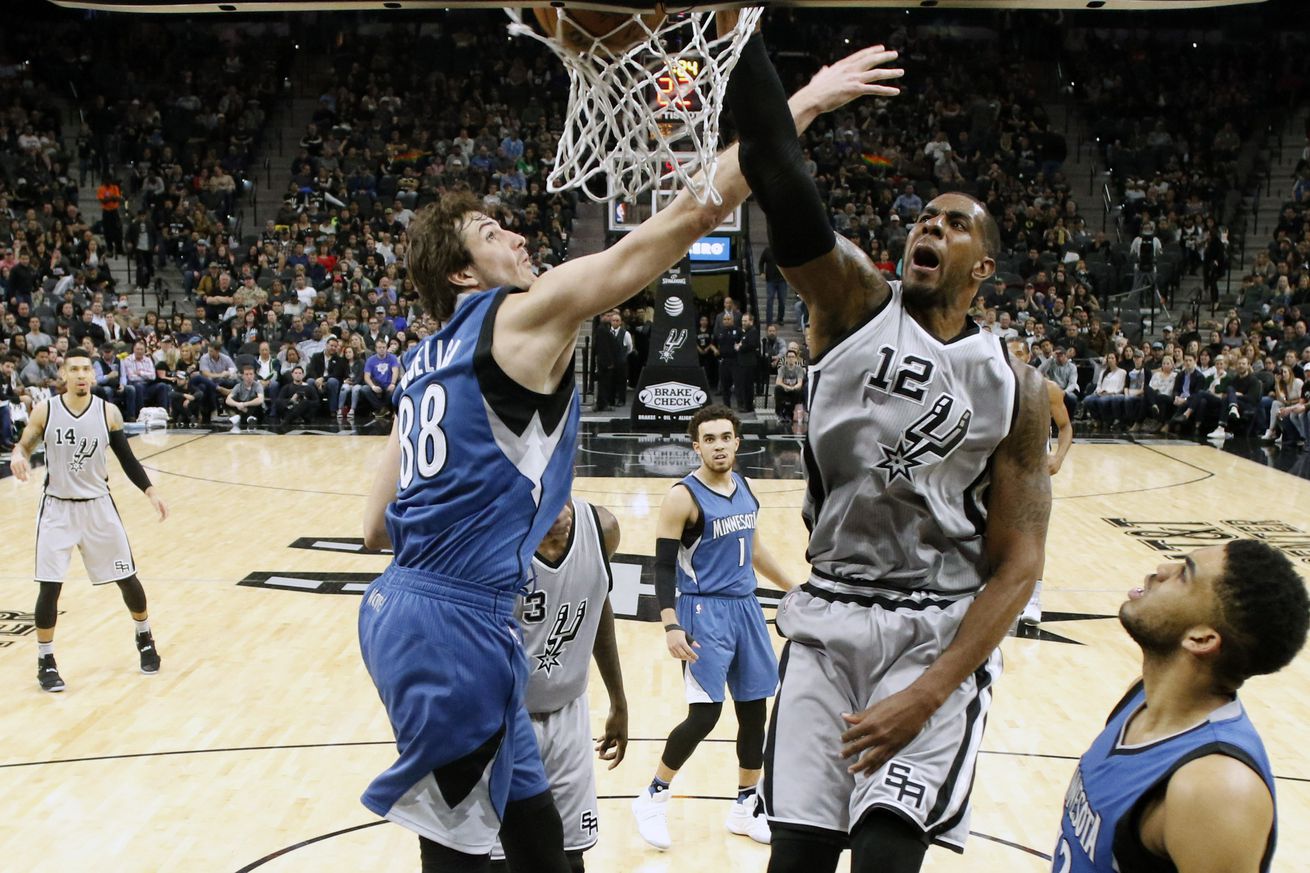 The Spurs and Wolves meet for the last time this year, as San Antonio looks to complete the series sweep.

Losers of their last three and sitting five games behind eighth-seeded Denver, it appears like the Minnesota Timberwolves’ coming-out party has been put on hold for at least a season. That’s OK, because their three best players were all born after Pulp Fiction came out, which means there’s plenty of time for them to go Ezekiel 25:17 on the league in the years to come.

In the meantime they’ll look to get one back against San Antonio, after letting their last game slip through their fingertips. You’ll recall that the T-Pups got out to a 55-43 halftime lead in San Antonio a few weeks back, only to score a measly 28 second-half points and lose in overtime, 97-90.

Those late-game collapses have been a trend for Minnesota all season, especially against the Spurs. They’ve had halftime leads in all three matchups but been unable to close in any of them.

The Wolves will look to address that issue tonight, while the Spurs will want to avoid their own trend of painfully-slow starts. And all Spurs fans will need to address their own demons of complaining about Danny Green every time he misses a shot.

The Klaw loves matching up with Andrew Wiggins. In three games this season, he’s averaged 33 points on almost 60% shooting from the field, to go along with six boards, 4.7 assists and three steals. On the other end, he gives Wiggins all kinds of trouble with his strength and length, and his own averages against the Spurs reflect that: 12.7 points, 31.7% shooting from the field and 3.3 turnovers.

KAT on a tear

Karl-Anthony Towns has been a monster over the past two months. Since January 9th, these are his numbers: 28.3 points, 12.8 rebounds, 2.6 assists and 1.3 blocks, while shooting 60.1% from the field and 42.1% from three. He’s good, but does he know what they call a Quarter Pounder in Paris? I’m not so sure.

Murray could be out until the playoffs

The bad news on the San Antonio end is the lingering groin injury of rookie Dejounte Murray. He’s already been scratched off for tonight, and it could be something he deals with heading into the postseason. Murray had been looking great before going down, and the Spurs are once again pretty thin at the point guard position.

Dejounte Murray, he of the injured groin that could keep him sidelined for next 2-3 weeks, is only player #Spurs list on injury report.