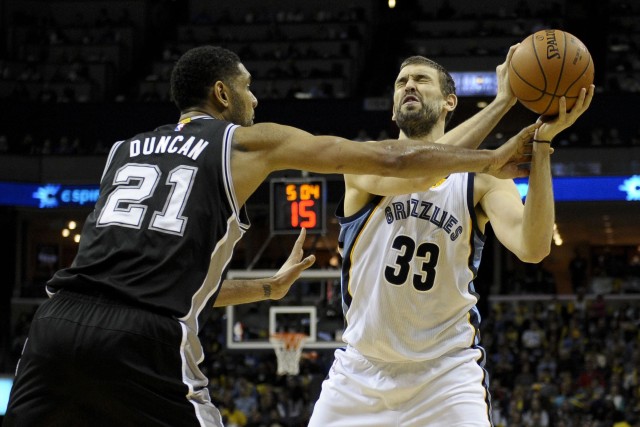 Mostly because of their blowout loss to Golden State, Memphis is the rare 11-8 team with a minus-3 net rating, a number that’s surprisingly low considering the statistical crevasse they had to claw out of to start the year. That 50-point defeat likely represents the nadir of the Grizzlies season, as they’ve recovered from a 3-6 start to once again grit and grind against the dying of the two-ball (a cause that, as we know, the Spurs have joined, as well). One thing that Memphis has done well is use their physicality to get to the free-throw line. They lead the league not only in attempts per game but percentage (84%). Of course, the Spurs have been superb at keeping teams off the charity stripe, with opponents averaging less than 17 attempts a game (easily tops in the league). Something’s gotta give, and we can expect a home call or two to tilt things in Memphis’ favor………Read More