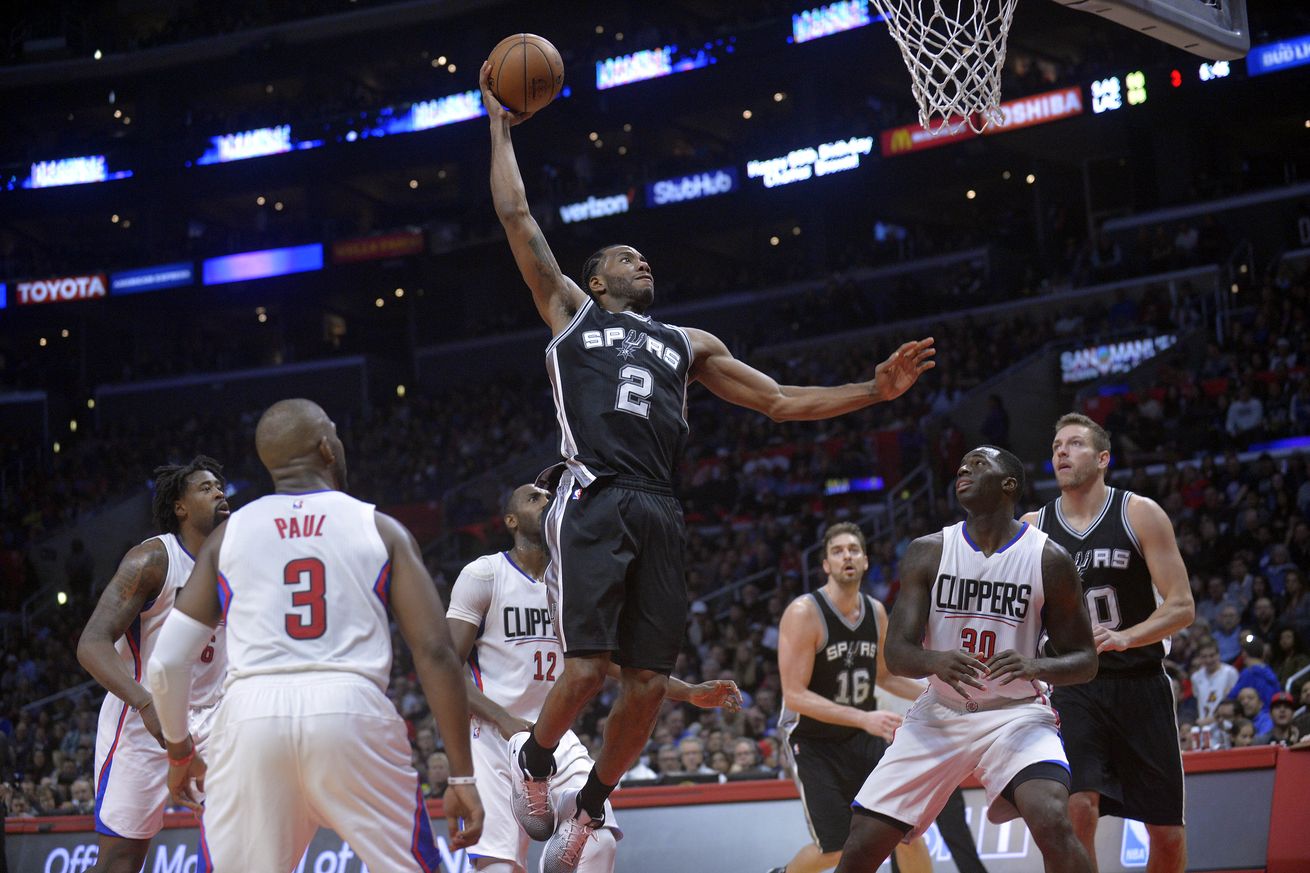 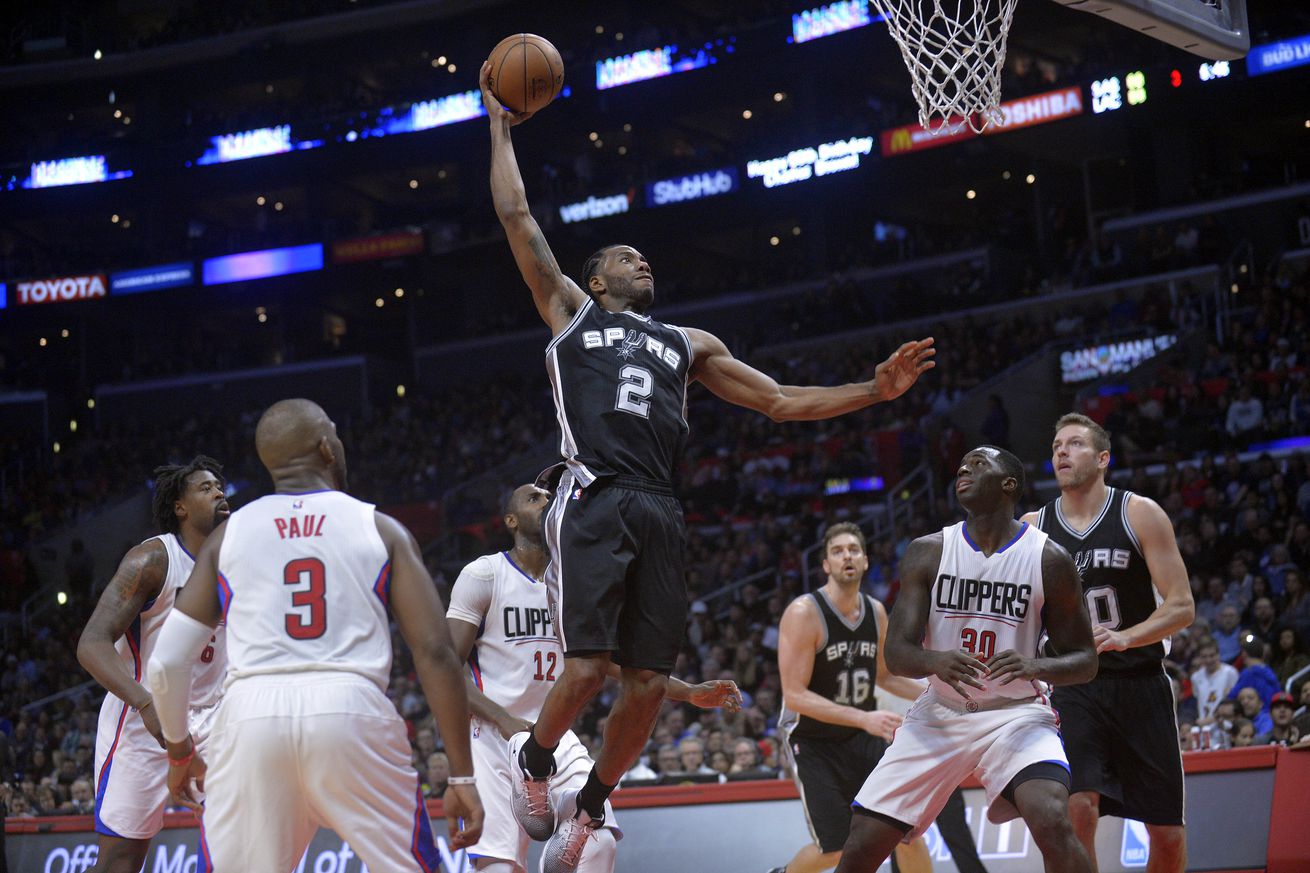 The Spurs cap off their Rodeo Road Trip with games against both LA teams. First up: the Clippers.

The All-Star break is over, trading season is behind us, and suddenly we’re just 50 days or so away from the start of the playoffs. And maybe more exciting for the two teams playing tonight: veteran starters on both sides are expected to return from injury this week.

For San Antonio, it’s Pau Gasol, who injured his hand while warming up before a Nuggets game in mid-January.

The starting lineup has made do without Gasol, and the Spurs’ defense has looked as strong as ever without him (a 98.4 defensive rating, easily best in the league over that stretch), but the team has greatly missed what he brings to the other end of the floor. From the start of the season until Gasol went out, the Spurs were fourth in offensive rating (111.5 points per 100 possessions). That dropped to 18th (106.2) in his absence.

For LA, floor general Chris Paul has been cleared to return after breaking his thumb, a week or two ahead of his original timeline. Paul missed yesterday’s game against the Warriors, so we’ll keep an eye on his status for tonight.

The Spurs will scheme for Paul as if he’ll be playing and at 100%, but we’ll see if the long time off has any effects on his typically lethal mid-range game.

Los Angeles has taken both games from the Spurs this season, the first in embarrassing fashion in San Antonio when they were at full strength. The extended time off will help the Spurs’ vets, and a win is certainly a possibility, but it rarely comes easy against the Clips.

The Clippers D vs Kawhi

The Spurs have struggled with Doc Rivers teams, and there are a handful of reasons for that (for starters: they’re usually very good). One factor is how well they defend Kawhi Leonard as a team whenever he has the ball in his hands, taking away angles and giving him different looks. The fact that they can usually throw a longer defender at him like Luc Mbah a Moute or Wesley Johnson and that DeAndre Jordan is usually waiting under the basket doesn’t hurt, either. Leonard’s lowest career scoring average is easily against the Clippers, and I don’t think that’s a coincidence.