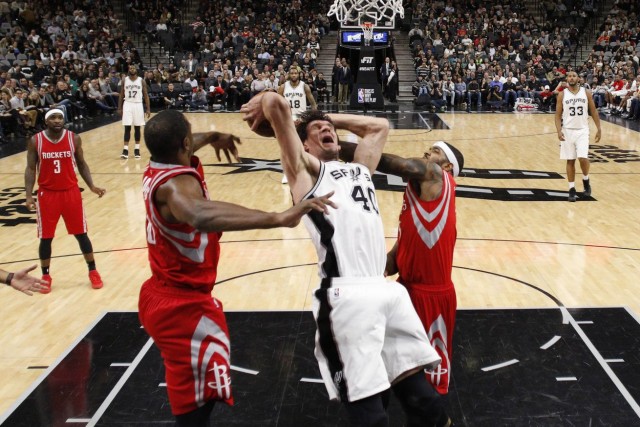 The Houston Rockets are a team that resembles a volatile family member at a wedding. Depending on their mood, you never know who you’re going to get. Sometimes, they can be sociable and generous, tucking a wad of cash into the hands of the bride during the dollar dance. But oftentimes, you find them face down in the punch bowl, imbibing in the intoxication of their own greatness

Houston is a study in contradictions. They are fifth in team points per game (105.6), but 18th in average scoring margin (-1.2). They are first in steals (10.1), but 25th in defensive efficiency (1.05). In contrast, the Spurs usually rank somewhere in the top five across the statistical board, stability clearly at an advantage over a franchise apparently run by James Harden.

With reports of the two stars not getting along in H-Town, it seemed like Dwight Howard would be used as a sizable bargaining chip before the trade deadline. A deal never materialized, and the one move Houston made was nullified following a failed physical. D12 is averaging career lows since his rookie season, and lacks chemistry with Harden, as seen in this candidate for worst lob ever. The Spurs will implement a typical strategy of Hack-a-Howard, until Adam Silver bans it. Howard’s FTM this season against the Spurs is even stranger; in games where Howard averaged a free-throw percentage over .500, the Rockets lost; in games where he shot under .500, they won. His sizable frame will always be difficult to contend in the low-post, especially off the glass…….Read More