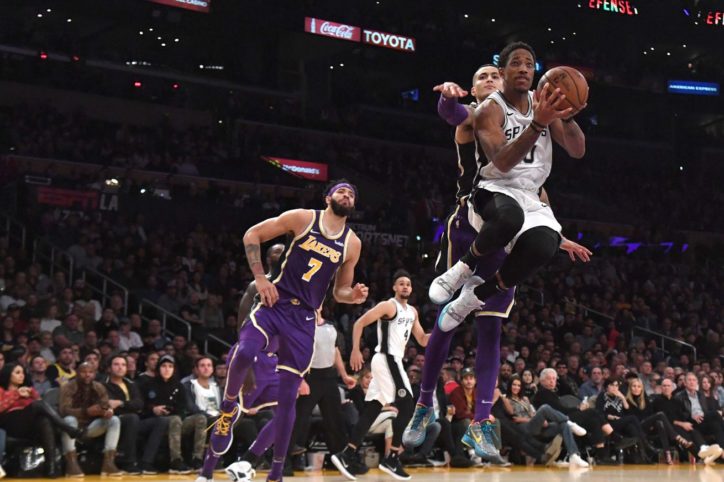 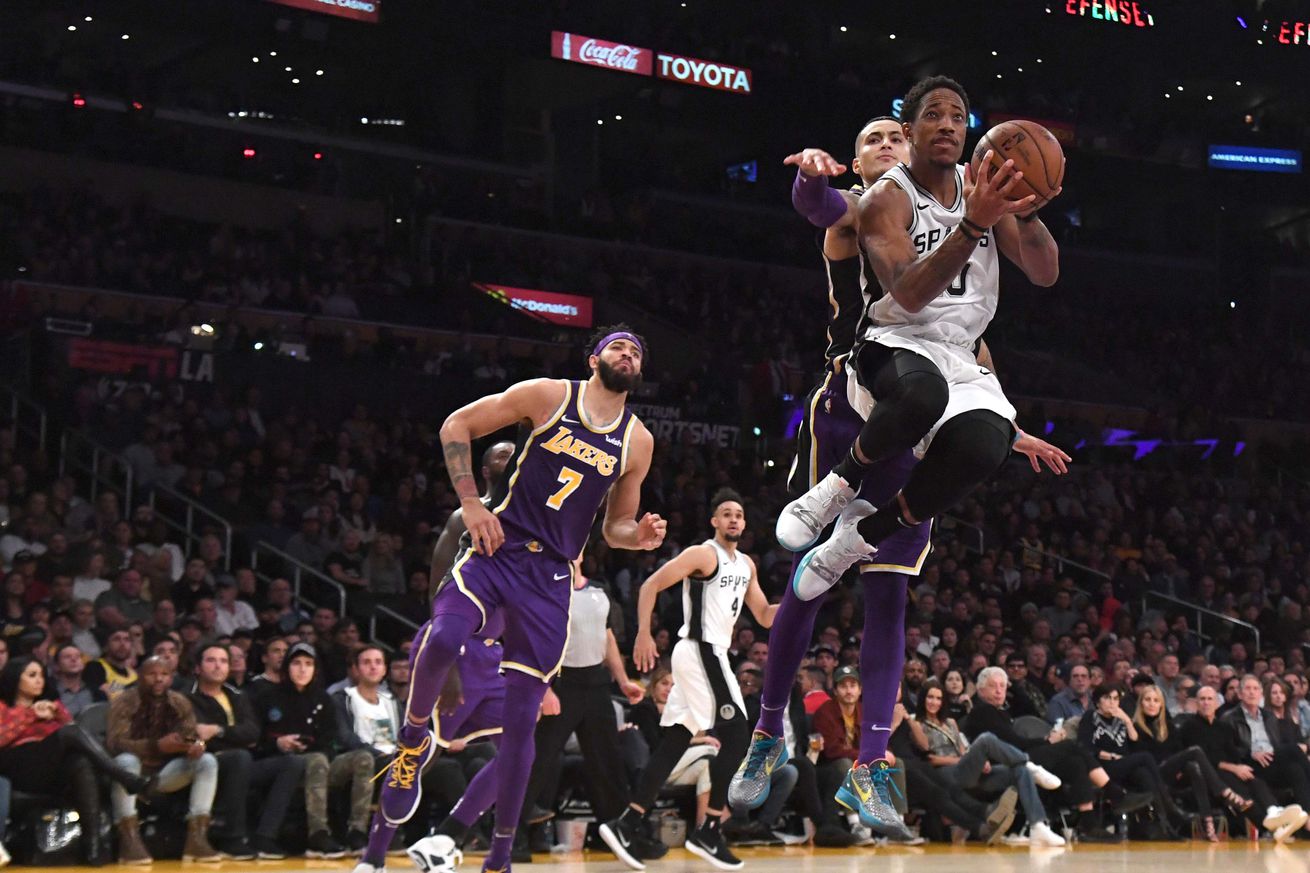 Déjà vu for a once-dormant rivalry as the Spurs and Lakers prepare to meet up for the 2nd time in 3 days.

The Spurs and Lakers will face one another for the second time in three days and for the fourth time in the last month and a half, with the Silver and Black holding a 2-1 series edge over the Purple and Gold. San Antonio won the first match-up 143-142 in Los Angeles and the second one 110-106 back home in San Antonio, before starting another losing streak Wednesday night when they fell to a 4th quarter explosion from Lebron and his young, but promising supporting cast 121-113.

These are two teams that have to be sick of one another by now, with all four of their games for the season series coming before Christmas. In terms of the numbers, not much is different from the excellent previous game write-up by Mark Toubin. As noted by Mark, the Lakers boast a defense that has been second to only the Oklahoma City Thunder since they acquired Tyson Chandler from the Phoenix Suns, and they average the 9th most points per game in the Association to match their newfound defensive intensity. Though they lack true snipers from deep (the kind that LeBron James loves to have around), they aren’t hesitant in letting it fly from outside, with 44% of their 88 shot attempts Wednesday night coming from behind the arc.

The Spurs have been giving up entirely too many open 3s this season, mainly because of poor defensive personnel and horrendous execution. While Los Angeles currently ranks 20th in 3-point percentage, it would be good to see San Antonio make an effort to close out on players such as Kyle Kuzma, Josh Hart, and even Lonzo Ball who are not afraid to catch and shoot from 3.

San Antonio, like most teams, also lacks anyone who can guard a player like James effectively from basically anywhere on the court, as his 20-point outburst in the 4th the other night and 57% shooting, 36 points per game average for the season against San Antonio would show. A willingness and attentiveness to body up on him with a longer defender like Rudy Gay may help to limit his drives. Pop once again started Dante Cunningham Wednesday, who primarily guarded him in the first two meetings. Expect the same tonight.

The Spurs need to find their inner-defensive dog

The Spurs actually played a good game for much of Wednesday night, even holding an 82-78 lead heading into a 4th quarter where they scored an additional 31 points. The Lakers besides James scored 23 points total, with the King pumping in the remaining 20 to put them at 43 and seal their victory.

For them to steal a victory and kick off a much-needed homestand after a grueling month of November that saw them on the road for 10 of their 15 games, the Spurs will need to see a willingness by the whole team to do the dirty work on defense. Too often this season we’ve seen wing defenders die on the first screen or take forever to maneuver it. While we know this isn’t the greatest group of defensive players ever assembled, defense still begins with a mindset, and if San Antonio wants to have any shot of making up ground in the playoff race and coming out with a victory tonight and in the future, they need to find that dog on the defensive end.