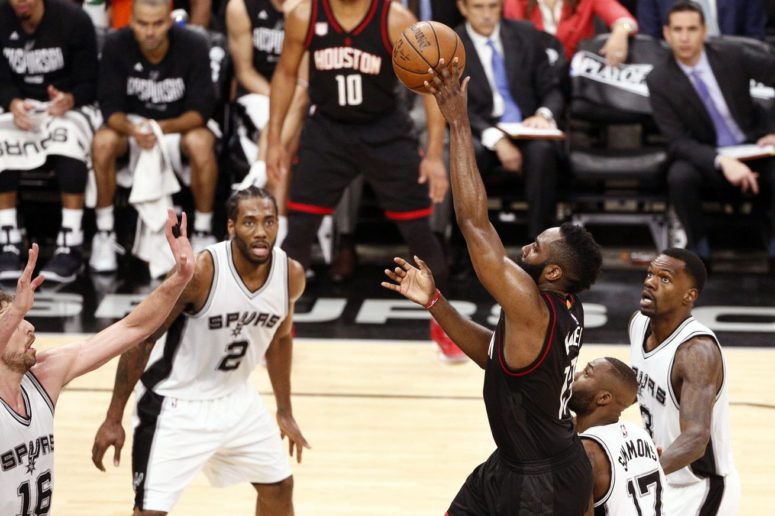 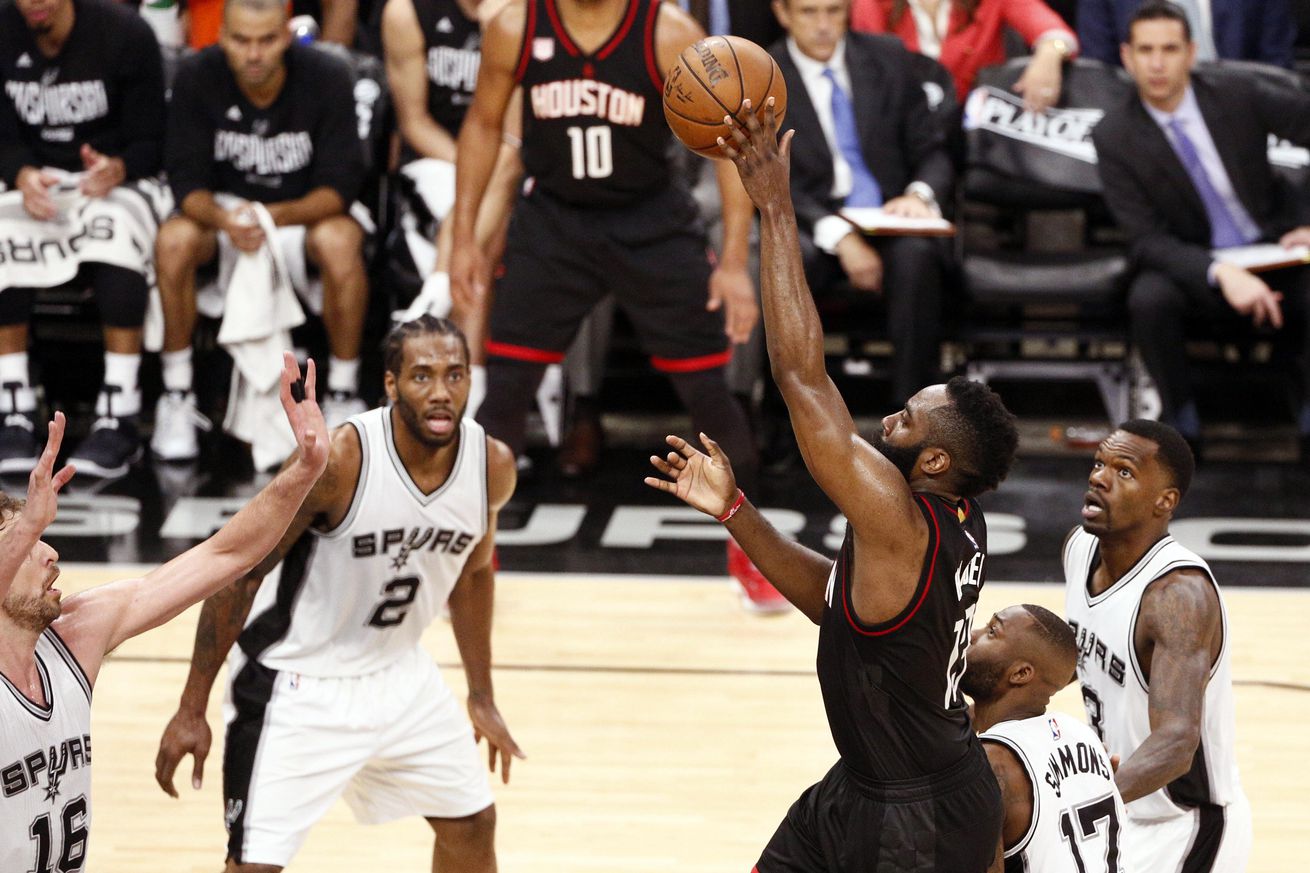 After getting blown out on Monday night, can the Spurs make the necessary adjustments to tie this series up?

Under a hail of three-point Rocket bombs, Spurs fans sought refuge in a variety of ways. Some beat the old #TradeLA drum; others called for more Dewayne Dedmon and less open misses; one embittered Millennial even did this.

What matters more is how the team would respond. My hope was that their stinker of a first half — which saw them down 69-39 at intermission — would lead to some changes in approach or execution for the last two quarters. If nothing else, it would give an idea of what could be done differently later in the series.

Instead, Pop rolled out a similar gameplan in the third quarter, including a David Lee-LaMarcus Aldridge frontcourt that would play a total of 17 minutes together (far more than any other big-man duo) and put up a -59.4 net rating.

Maybe it was bullishness; maybe it was the coach seeking final affirmation about the strategy’s ineffectiveness. Either way, the same issues seemed to carry over into the second half, the Spurs taking almost four minutes to score their first points. By the time a rabid Dedmon made his first appearance in the game, it was already too late to matter, and we saw very little (if any?) of the Spurs attempting to go small at power forward.

We could see a shakeup in the starting five tonight, or an early attempt at a smaller lineup, or perhaps Pop will begin the game with Aldridge on Capela and Lee on Anderson, instead of the other way around. Or we might see Pop double down on his Game 1 strategy in hopes that an invigorated Aldridge can be the difference. I look forward to finding out.

What adjustments will we see?

Punish the Rockets for playing small, or adapt to their style of play — something has to give. Either way, starting Lee doesn’t seem to be the answer. His struggles in defending the PnR are a major problem versus Houston, something Pop tried to manage by letting him hang way back on screens. But doing so allows the Rockets to set clean picks on the perimeter defender and cause mayhem in other ways.

Really, we saw every downside to playing a two-big lineup on Monday, as the Rockets feasted on switches on the perimeter all night long. If I was to guess, I would think that Pop would first try Dewayne Dedmon in the starting lineup before resorting to small ball, but I’d be happy with either.

Is it possible to play Pau more than 15 minutes a game?

Between Lee and Gasol, I consider the latter the greater liability. Unless Gasol is spotting up at the top of the key, the Rockets will be able to exploit him as often as they want in the transition game. And once he’s back on D, he’s his usual glacial self trying to rotate on defense.

The Spurs didn’t do themselves any favors by coughing the ball up 15 times in Game 1. Each turnover gave the Rockets a chance to push the pace, either finishing with a shot at the basket or an open three. The issue was made worse whenever someone like Gasol was on the floor, as the Houston bigs continuously made San Antonio pay for not having its defense set. A good defensive effort in Game 2 will begin with less mistakes on the offensive end.