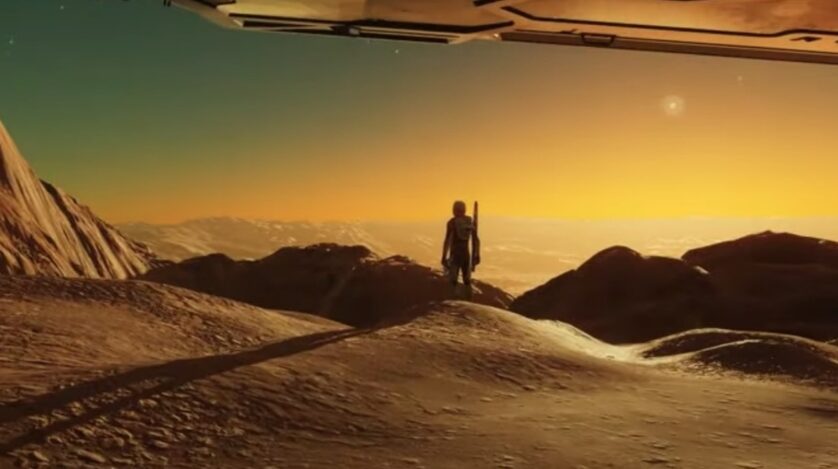 While console players will now be waiting a little longer than expected for the arrival of Elite Dangerous’ Odyssey expansion, its foot-based first-person antics aren’t too far off for those on PC – and ahead of its “late spring” launch on the platform, developer Frontier has honed in on one of its new features, Settlements, and shared more details.

Odyssey’s settlements, you might recall, are dustbowl-like havens for NPCs belonging to that system’s dominant faction and are found on the surface of certain planets and moons. Players can explore settlements at any time in order to engage with (or even attack) their inhabitants, and may also be required to infiltrate them to complete certain on-foot mission objectives.

In a new post on the Elite Dangerous forums, Frontier has now shed a little more light on settlements, responding to questions posed by the community. There’s a bloodthirsty streak running through the majority of queries, with most players apparently curious to know what will happen should they attempt to completely wipe settlements off the map.

To that end, Frontier has confirmed that, yes, it’s possible to kill every NPC at a settlement, although it notes that outposts under attack will send for reinforcements that become progressively tougher as an assault continues. Reinforcements aren’t infinite, however, and dedicated players can eventually eliminate all occupants before going on a looting spree – although the consequences will be “severe” and settlements will repopulate over time.

As for how combat encounters can unfold, Frontier confirms that players will be able to take advantage of certain environmental elements to gain a tactical advantage (the classic exploding barrel is used as an example), and it’ll also be possible to mess with a settlement’s defences to gain the upper hand – perhaps hacking a weapon emplacement to turn it on defending NPCs or disabling one by switching off station power.

Once defences are down, restricted areas will become accessible, and other players will be able to enter combat zones in their vehicles; this seems like the safest strategy given that Frontier warns settlement defences are “quite potent” and can make light work of ships.

Previously, as part of its on-foot combat reveal, Frontier explained that Commanders will be able to don gear and equip different munitions in order to tilt the odds in their favour during missions, and it’s now confirmed that these can be upgraded by visiting Engineers. “The original cast of engineers will remain,” it says, “and they will be joined by a new group – all of whom you will be able to meet in person for the first time.”

Combat missions won’t be the only way to earn credits in Elite Dangerous’ Odyssey expansion, of course; more benevolent players can collect sellable data on local flora while out exploring, and it’s also possible to pilfer in-demand items to shift on the black market. Expect more details as Odyssey’s late spring launch on PC approaches.