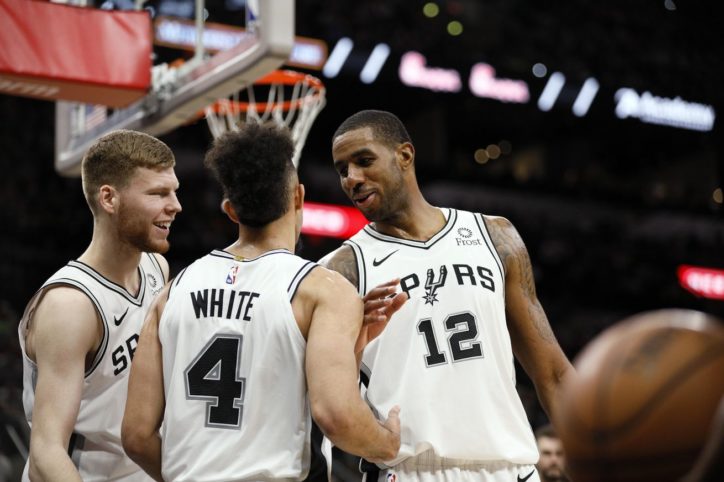 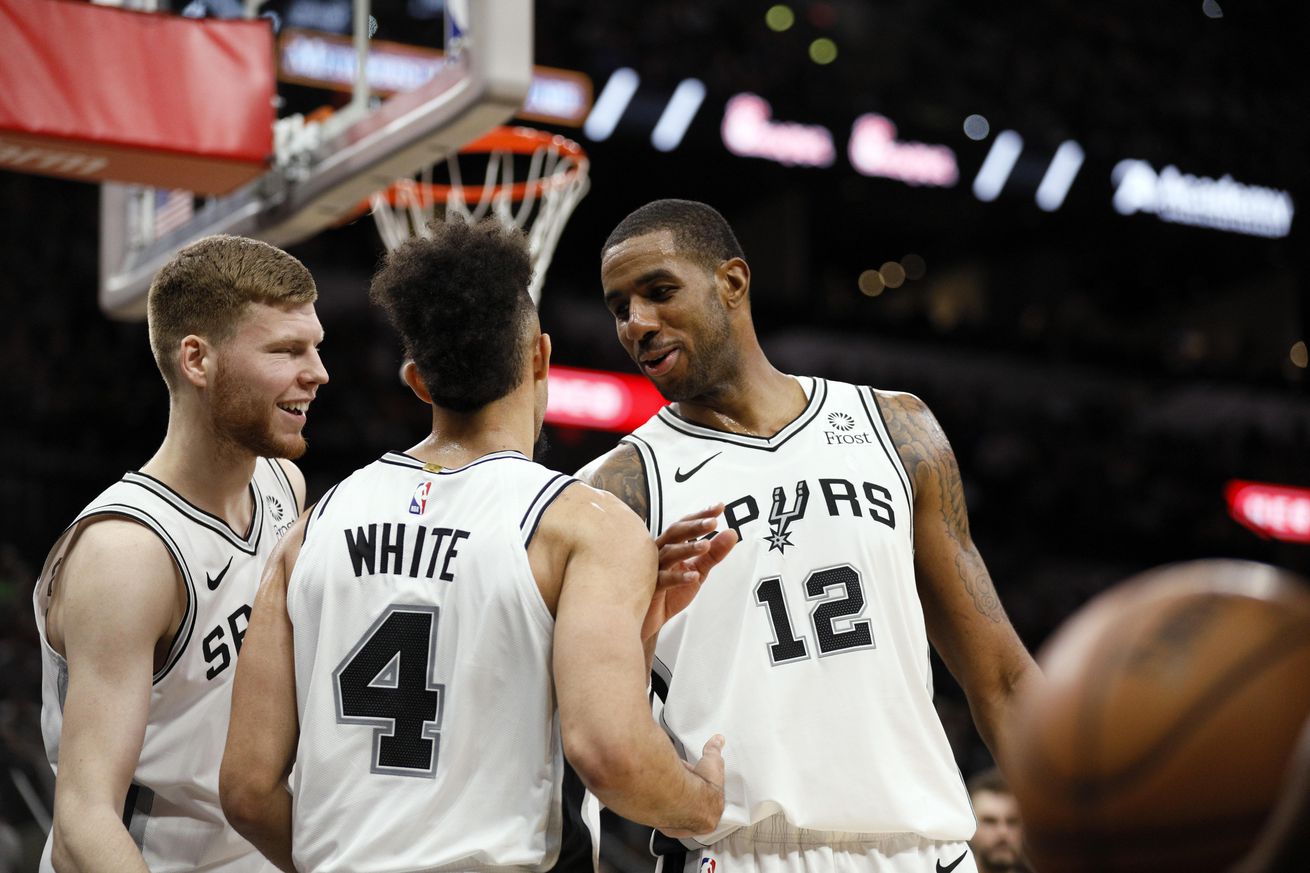 If you’re going to blow out the Cavs, might as well have fun doing i.

The Spurs had a little fun in their Sunday afternoon victory over the Cavaliers. Even before using another explosive 2nd quarter to pull away from their over-matched opponent, the team was clearly playing loose.

Jakob Poeltl’s transition dunk just over 2 minutes into the game was a good example.

The Spurs’ don’t dunk very often, and they don’t score a lot in transition either, so the combination of the two is rare. Still, the beginning of the play is the most entertaining part.

Yes, that’s a behind the back outlet pass from Poeltl to DeMar DeRozan, who’s racing up the left sideline. It’s safe to assume that he’ll either be fined or receive a stern talking-to from Timmy. Maybe both. Everything after that bit of needless showboating was beautiful in its simplicity.

DeMar heads for his typical spot in early offense on the left block, and Jedi Osman, for some reason, decides to try to prevent him from going down the sideline. Osman fails, forcing Channing Frye to step up and leaving Jakob an open lane to the rim. Once Jakob recognizes the opportunity, he accelerates into the open window, takes the easy pass and throws it down.

Realizing there was a teachable moment available, Rudy Gay seized a rebound late in the 3rd quarter and gave a little class on outlet passing.

Spurs’ fans have had a long love affair with good outlets, and this one would have looked right at home in Timmy’s highlights. Rudy, despite being an excellent ball handler who has a green light to bring the ball up the floor, turns and surveys the court before he moves. That gives him a chance to spot Patty Mills all alone on the left sideline.

The pass is a little short, forcing Patty to veer in towards center court a step or two, but it’s right on time. With no other defenders in the vicinity and Davis Bertans bearing down on him, Jordan Clarkson has no good options. He can drop to prevent the dunk or run out to stop the three. He tries to split the difference, hoping to react quickly enough to make a play once Patty has the ball, but Patty is too fast for that. He catches on the run and throws the alley-oop in one motion.

The location of the pass isn’t perfect, but like the outlet, the timing is. It helps that Davis is 6’10”, which allows him to catch the alley-oop well below the rim and still easily finish with both hands.

Little that happened within this game will matter when the playoffs start this weekend. There’s simply no way extrapolate anything from a game like this that will be meaningful against playoff competition. Still, the Spurs got the win and managed to have a little fun while they were at it.