Remember when the Nintendo Labo VR Kit launched and a small handful of Switch games — including The Legend of Zelda: Breath of the Wild, Super Smash Bros. Ultimate, and Super Mario Odyssey — received improbable Labo VR mode updates? We might not have spent hours exploring Hyrule with Nintendo’s VR Goggles held to our faces, but we certainly enjoyed the novelty of playing around in other games with that mostly-cardboard peripheral. 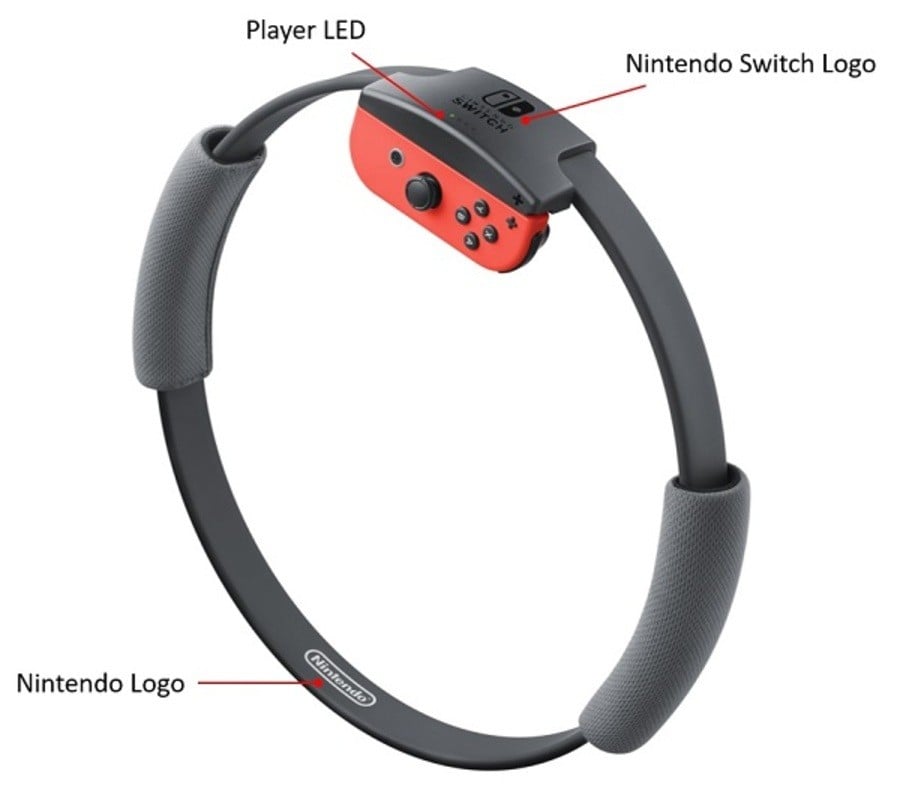 We recently looked at how Team Nintendo Life is keeping active at the start of 2021, but even when we’re not pumping iron or doing burpees in the living room, we would welcome any excuse to get up off the sofa while we’re playing our ‘normal’ games, too — anything to keep the ol’ blood circulating! With certain regions around the world either entering another lockdown or on the verge of new restrictions to combat the third wave of the pandemic, we’re looking for any little shred of novelty we can find these days. Fortunately, we know a company that’s a specialist in that area, and we’ve been thinking about another Nintendo peripheral that a great many of us have access to: namely, the Ring-Con that came bundled with Ring Fit Adventure.

While some (but not all) of Team NL have been using it daily over the past year or so, we wouldn’t mind trying it out with other Switch games, just like we did with the Labo goggles. To that end, we’ve brainstormed some ideas for Ring-Con compatible modes Nintendo could potentially add to its Switch library with a cheeky update or two.

Are these suggestions entirely serious? Why yes, every single one is a stone-faced, sure-fire winner and Nintendo would be fools — FOOLS! — to not hastily implement each and every one to keep us entertained during the next wave of social distancing and confinement.*

So, let’s have a look at what Ring-Con modes for other Switch games we dreamt up…

*Jokes! With the exception of a few fun ideas, they’re all rather silly… OR ARE THEY?

Although it’s possible to play the VR mode in Breath of the Wild indefinitely, spending hours with the Labo goggles strapped to our face is not how we want to play it. Still, it was a fun novelty to experiment with and we think a little Ring-Con implementation would work far better.

The most obvious mode would be to use the controller as your bow — Link’s Crossbow Training 2, anybody? We’re thinking a mini-game accessed via an NPC on the map where you pull on the ring to charge an arrow and let go to fire at a target — Octorok, Keese, balloons, whatever.

Alternatively (and as suggested by stalwart NL contributor Gonçalo Lopes), how about races against NPCs or long-distance marathon courses on the tracks and trails latticed across the kingdom? Holding the Ring-Con and jogging to move — just as you do to run around the world in Ring Fit Adventure — you could race against people or perhaps deliver mail across the kingdom in a host of side-missions to earn some new swag or the Ring to use as a weapon. The Ring Fit outfit, perhaps?

Hey, if Link’s got a Nintendo Switch t-shirt in his inventory, there’s no reason he couldn’t earn some other cross-promotional gear, too! Throw in a gorgeous sunset and who could resist going for a cliffside jog?

Please note that some external links on this page are affiliate links, which means if you click them and make a purchase we may receive a small percentage of the sale. Please read our FTC Disclosure for more information.

Wait for it…, you’ll never guess this one. The Ring-Con… is a steering wheel. Unprecedented! Genius! Revolutionary!

Of course, this has already been tried, and even works to a certain degree. Unfortunately, it’s tough to drift or fire items while the Joy-Con is locked in firmly at the top of your Ring-Con in a mighty Con-fluence of Con-troller. If Nintendo were to patch an official Ring-Con mode into Mario Kart 8 Deluxe, at the very least it would need some motion-based shaking or squeezing to activate items.

Still, of all our ideas this is probably the easiest to implement and most plausible.

Splatoon 2 has plenty of weaponry already, and we’re certain Sheldon could get his hands on a Ring-Con-like shield which soaked up paint while raised and blasted it back at enemy inklings when squeezed. Navigating the world with any alacrity whatsoever would be difficult, so this would probably have to be broken out into its own mode in a smaller arena where everyone had a Ring-Con. Fun would then ensue.

Alternatively, how about some sort of PvE mode where the (massively OP) Ring-Con player is stationary and the others must work together to take them down? Pah, this game dev stuff is easy. Next!

Luigi trades in his Poltergust G-00 for a Ring-Con with a funny name — the Vacuum Screamer, something like that — which sucks up absolutely everything in a large radius when you pull it and blasts ghosts around the room when you squeeze.

Again, simple navigation might be an issue outside the on-rails world of Ring Fit, so this might work better as an optional co-op mode; the Ring-Con player vacuums up all the money while perched on the sholders of the main player who busts the ghosts and moves around like normal.

Quiet, please. Tennis racquets are so 19th century — wouldn’t it be more fun if you used a big ring disc-thing to blast floaty balls at each other using gusts of air?

It would probably work better as an optional ‘Volleyball’ mode or something, perhaps with one player controlling the body of the character on court while the Ring-Con player concentrated on making shots. Either way, it’s something we’d definitively fire up and play for, oooh, four or five minutes, at least!