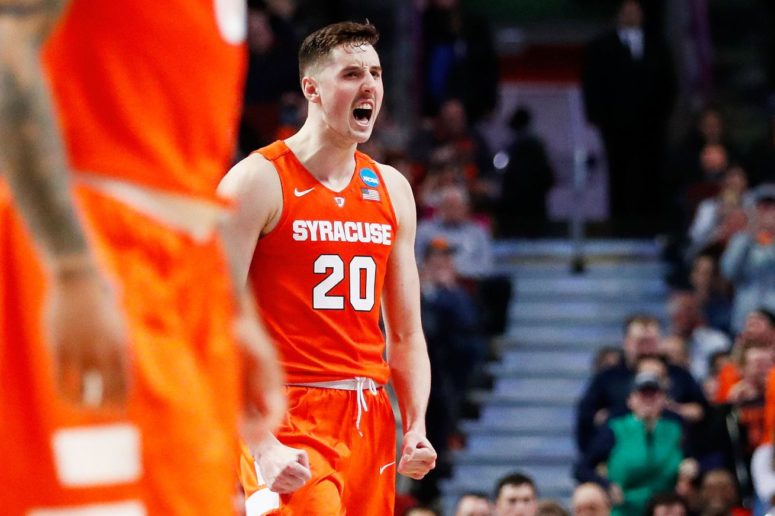 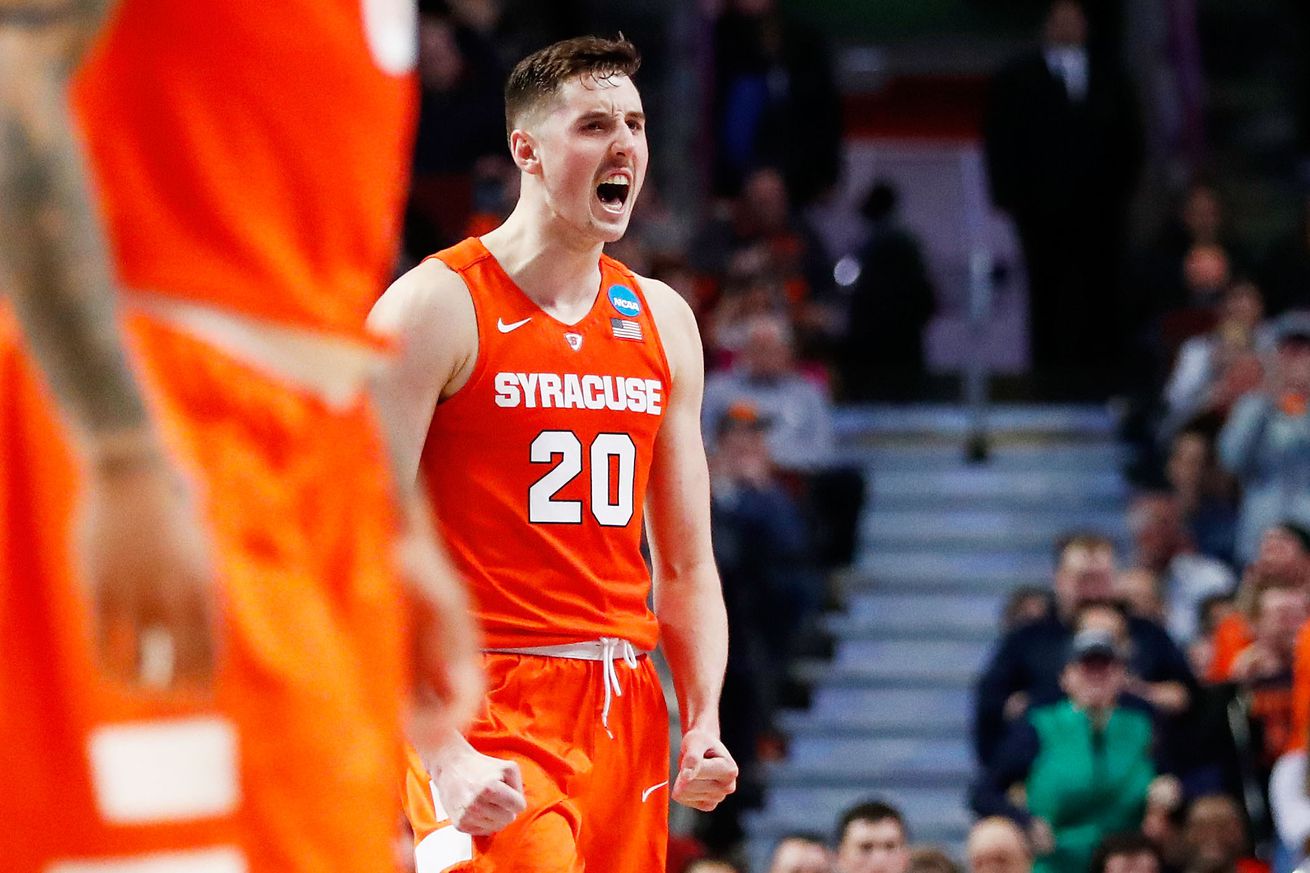 With Pau Gasol and David Lee opting out, odds have improved that the Spurs will select a forward at pick number 29 on Thursday

The San Antonio Spurs enter Thursday night’s NBA Draft in an enviable position, thanks to the recent opt-outs of Pau Gasol and David Lee, who both reportedly declined their player options on Tuesday afternoon.

With Gasol declining his $16.2 million player option, and Lee declining his $1.6 million option as well, the Spurs now have more flexibility than expected under the salary cap. The Spurs can now chase free agents that otherwise would have been too expensive, they can make trades for players with a bit more salary tugging along behind them, or they can simply draft replacements for Gasol and Lee on Thursday—gaining good players with potential on rookie deals.

It should be noted that Pau Gasol is interested in re-signing with the team on a multi-year deal, while David Lee’s future remains much more uncertain. Even if Gasol re-ups with the Spurs this summer, it is still not a bad idea to consider drafting a forward with the 29th pick, as Gasol turns 37 in July.

As such, there are plenty of forward options that should be available for the Spurs at number 29. Let’s take a look at a few who could make some sense.

After two successful seasons with the Syracuse Orange, the second of which resulted in an honorable mention All-ACC selection, forward Tyler Lydon opted to declare for the NBA Draft.

In year one with the Orange, Lydon averaged 10.1 points and 6.3 rebounds per game as a role player on a team that unexpectedly made a Final Four run. This past season, he upped his numbers in both categories, averaging 13.2 points and 8.6 boards per game, leading to his ultimate departure to the professional game.

Standing at 6’10”, 225 lbs., Lydon has the body of an NBA player, and the athleticism both on the perimeter and inside the arc to compete on all levels of the floor, both offensively and defensively.

On offense, Lydon can score at all levels, as he can make plays at the rim, has an effective mid-range game, and has proven to be a significant threat from deep, knocking down 40% of his three-point attempts over his two seasons with the Orange. He has been most effective as a catch-and-shoot player, but needs to work on shooting off the dribble.

According to Draft Express, Lydon was just 7-24 on pull-up jumpers this past season, which certainly will need to improve when he begins playing in the NBA. Additionally, Lydon will need to continue to put on weight and refine his scoring ability and footwork in the post at the NBA level, but the intangibles are there to suggest that he can get the job done offensively in the paint as he makes the jump as a professional.

Lydon proved to be an effective player off the ball as well, showing his athleticism in the pick-and-roll, while also breaking down defenses as a passer from the free throw line extended. Lydon has been very good at making entry passes into the post, while also creating scoring opportunities for his teammates from the post.

Defensively, Lydon has the instincts and willingness to become a very capable NBA defender. While he will need to adjust from the Syracuse zone defense to man-to-man, his lateral quickness and overall athleticism suggest that the change in defensive styles may not be as difficult for him as it could be for other players who have come from the Syracuse system. Lydon averaged 1.1 steals and 1.6 blocks per game over the course of his career with the Orange, as he became a very successful team defender.

With the Spurs, Lydon could match up against some of the more athletic stretch fours in the West, while also providing rebounding and scoring off the bench. Offensively, he is a change of pace from what the Spurs currently have at the position, as both Pau Gasol and LaMarcus Aldridge are more conventional back to the basket NBA bigs. In a new school league that puts an emphasis on five players on the floor who can all shoot the ball from deep, Lydon would be the perfect fit and a guy the Spurs should consider at number 29.

If you want it, you got it with Jordan Bell, who was the Pac-12 Defensive Player of the Year, and made a name for himself as an NBA prospect when the lights were brightest in the NCAA Tournament. In the Elite Eight against Kansas, Bell’s numbers popped off the stat sheet, as he recorded 13 rebounds, eight blocks, and four assists in the victory against the Jayhawks.

I liken Bell to a smaller DeAndre Jordan, as Bell stands at 6’9” 225 lbs., and creates most of his offense on rim runs off the pick-and-roll. Bell is extremely athletic with a great motor and major league hops, suggesting that he can be effective in the right system at the NBA level. Bell scored 11.0 points per game on 64% shooting this past season with the Ducks, showing his effectiveness with his opportunities in post scoring situations.

Like DeAndre, Bell is also a very good rebounder, as he averaged nearly 12 boards per game last season. He does not box out very well, but his athleticism and willingness to make runs at the rim to chase down opportunities frequently win the day. He will need to improve his form as a rebounder when making the next step so that he can match his opportunities against players who are as athletic as he is. However, this is not a major concern for Bell as a prospect.

If you’re looking for an offensive player who can stretch the floor, Bell is not that type of player, as his jump shot certainly needs work. Draft Express mapped out his jump shooting opportunities this past season, marking Bell’s jump shooting at a 10-for-31 clip, with most looks coming from inside 17 feet. Adding some semblance of a jump shot would bring an entirely different element to Bell’s game.

As a system offensive player, Bell was very successful overall in his time at Oregon. Unsurprisingly, given his numbers as a shooter, Bell struggled in one-on-one situations with the Ducks, but averaged 2.5 assists per game last season, suggesting that he can make the right reads in Gregg Popovich’s offense.

Bell, like Tyler Lydon, would represent a change of pace pick for the Spurs at number 29. The frontcourt will instantly become more athletic, while staying defensive-minded.

Given the Spurs’ history of drafting foreign players who fit the mold and the system both offensively and defensively for coach Popovich, it is easy to envision the Spurs taking a chance on Isaiah Hartenstein from Germany.

Hartenstein, a 7’1”, 250 lbs. 19-year-old, has upside in all facets of his game to be a successful draft-and-stash prospect. Selecting Hartenstein is a long play, prioritizing the future instead of impact that he can make on the NBA right now.

Hartenstein is an extremely intelligent offensive player, specifically, as a passer. He has displayed strong vision in creating opportunities for his teammates both in the post and on the perimeter. As a scorer, Hartenstein was serviceable this season with Zalgiris International, cashing in on 59% of his opportunities at the rim, but only making 28% of his jump shots from the floor, per Draft Express.

The lefty has shown flashes as a jump shooter, but the consistency is not quite there. Additionally, he goes left almost exclusively, which will need to change before as opposing scouts have their teams eat him alive because of his inability to move to his right.

His offensive game is very basic, and he does not have the athleticism to make up for his lack of a post game. His scoring opportunities at the rim have almost exclusively come as a result of him finishing over smaller defenders, and he will need to improve his ability to finish in traffic to fully reach his potential in the post offensively.

Rebounding is Hartenstein’s strongest trait, as he has posted nearly 14 boards per game over his career with Zalgiris. He has solid fundamentals as a rebounder, which should serve him well in the NBA. As an individual defender, Hartenstein’s length has helped to make him an effective presence in the post and on the perimeter.

His imposing nature and raw athleticism makes it difficult to score on him in the post, and he does not seem overwhelmed when guarding quicker players on the perimeter, as he moves his feet well for a player his size. As a team defender, he could be more consistent as he sometimes gets caught off-guard when switching on the pick-and-roll. He also struggles to compensate when one of his teammates is beaten off the dribble.

Overall, there is plenty of long-term potential for Hartenstein to grow into a role and become an effective rotation guy. He is the prototypical draft-and-stash player based on his size profile alone, and it’s likely that he’ll be on the Spurs’ radar with the 29th pick in Thursday’s NBA Draft.