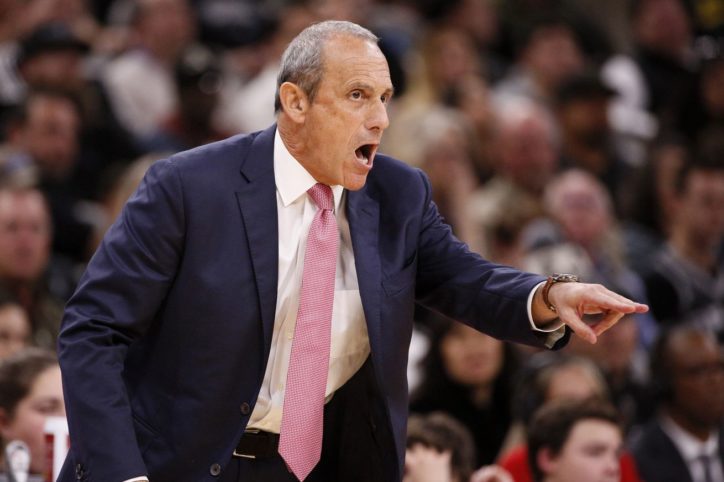 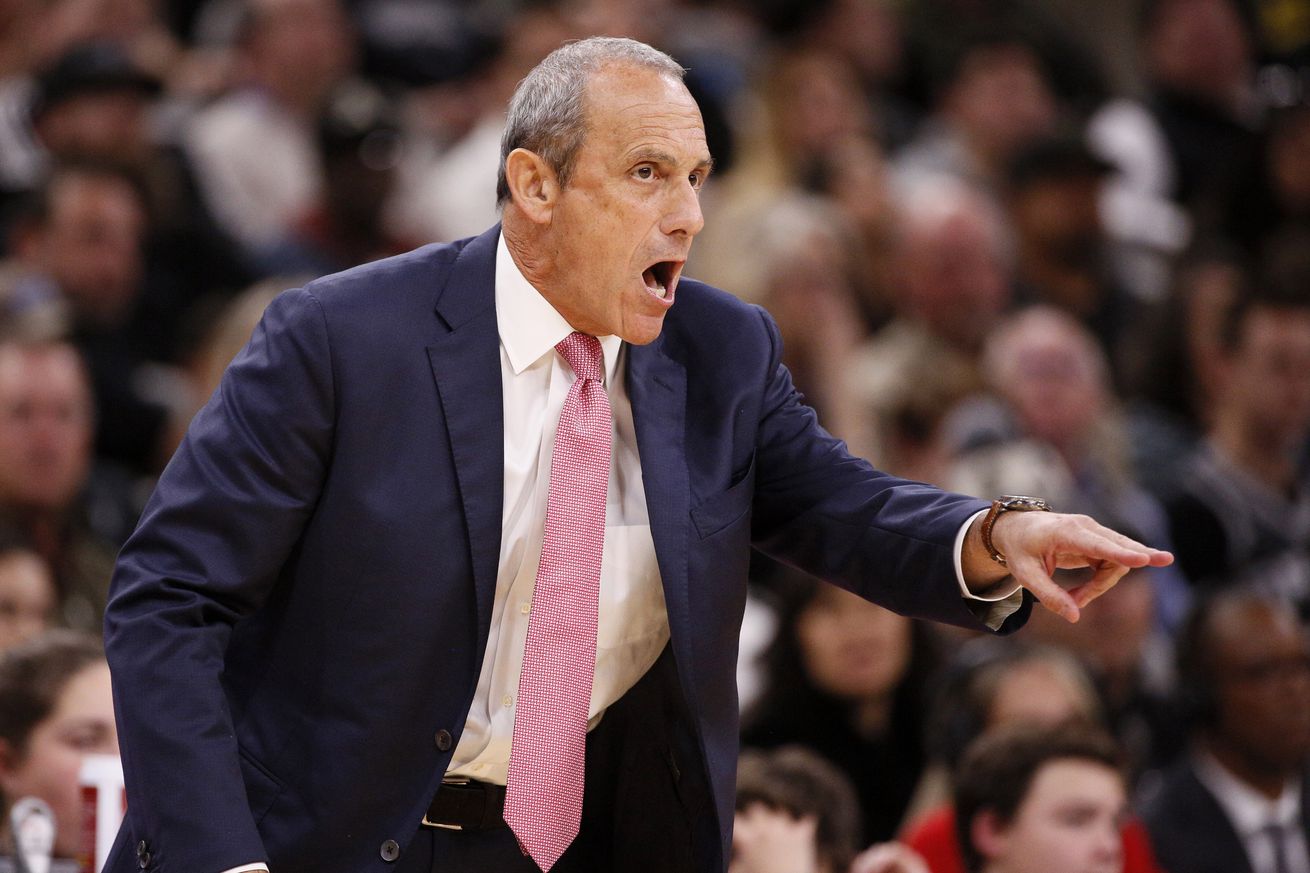 Messina joined the Spurs’ staff five years ago with the hope of eventually becoming a head coach in the league. He’s now returning to Europe without accomplishing that goal.

After five seasons as an assistant coach in San Antonio, Ettore Messina is returning to Europe to become Olimpia Milano’s head coach and president. The man many of us believed would replace Gregg Popovich is leaving the NBA before accomplishing his stated goal of becoming a head coach.

It would be wrong to call Messina’s tenure in the NBA a failure of any kind. Circumstances beyond his control prevented him from achieving his objective. His decision to leave is completely understandable, and yet it’s a little disappointing how things went in San Antonio for one of the best basketball minds in the world.

Messina repeatedly said he was happy being an assistant coach in San Antonio and clearly wanted to some day led his own team, so him taking a job in his native Italy at this point in his career is a little surprising. The fact that he did probably speaks to a lack of confidence on achieving his ultimate goal. It’s hard to blame him. Back when he first joined the Spurs staff, Popovich was still expected to leave when Tim Duncan retired. By working as his assistant, Messina was setting himself up to be his successor. At the very least, he was entering the pipeline to become a head coach elsewhere by getting experience in the first row of an elite NBA team after coaching overseas and being a part of Mike Brown’s staff in Los Angeles.

Since then, Pop has not only continued to coach past Duncan’s retirement but also signed an extension. Messina interviewed for several head coaching jobs but couldn’t get any of them despite impeccable credentials. For someone as accomplished as him being an assistant for the foreseeable future, whether in San Antonio or elsewhere, in the hopes of potentially getting an opportunity to be head coach was probably not all that enticing. If that position was going to get him the gig he truly wanted, it would have happened already, like it did for Igor Kokoskov, who last season became the first non-American head coach in NBA history. At age 59, Messina probably has to accept defeat and take on a new challenge. He’ll get that in Milano.

It still has to sting not getting a chance to run his own team at the highest level. Messina was as accomplished as any other coach in the FIBA universe, except for living legend Zeljco Obradovic. The Spurs were smart to snatch him up and make him lead assistant. While Pop is clearly at a point in his career in which he can devote his time to mentor up-and-comers instead of having to be supported by his staff, having someone of Messina’s caliber next to him was a luxury. It was certainly comforting to know he was going to be there to take over whenever Pop decided to get himself ejected. In those tiny windows we got to see a glimpse of the coach Messina could be at the NBA level, and he never seemed out of place. It’s impossible to know exactly why he never landed a lead job with another franchise, but it’s hard to believe there were many candidates more qualified than him.

Alas, it didn’t happen and it won’t likely happen in the future, either. Like a lot of foreign prospects who are stars in the Euroleague, only to be pigeonholed as role players in the NBA, Messina could never convince a franchise to fully invest in him. The Spurs seemed to be willing to in time, but they already had a Hall-of-Famer in place. For younger, less experienced coaches like Udoka, Becky Hammon and Will Hardy, learning from Pop is an honor and a way to grow their resume. Messina is on a different point in his career and his life. No one can blame him for maybe growing a little impatient and deciding to take a job in which he’ll get more responsibility and a chance to truly make his mark. It’s as good a position as he could have outside of the NBA, back in his native Italy and on a powerful club. Messina will be fine.

So will the Spurs. Pop will be around. Hammon clearly has a great basketball mind and the leadership chops to step into a bigger role. Will Hardy has been around for a while and has shown ambition and a willingness to learn in his journey up the ranks. Those two should provide enough support, but there’s always the option of adding someone else. Pop’s ever-growing coaching tree is proof that he can find talented assistants and is great at developing them.

Messina’s departure is far from a disastrous event, but it’s still a little concerning to see the franchise continue to hemorrhage talent both on and off the court, like they have in the past few years. It’s also a little disappointing to know they couldn’t give him the boost he needed to move on to better things, like they have for so many other coaches.

Back in 2014, when their paths converged, both the Spurs and Messina probably thought that by 2019 they’d be in a better position than they currently are. Through no fault of their own, things just didn’t go the way they were supposed to. The hope now is that they’ll find the success apart that they couldn’t achieve together.

Buona fortuna, Ettore. And thanks for the past five years.

Ettore Messina never got the chance he deserved in the NBA
Source: Pounding The Rock