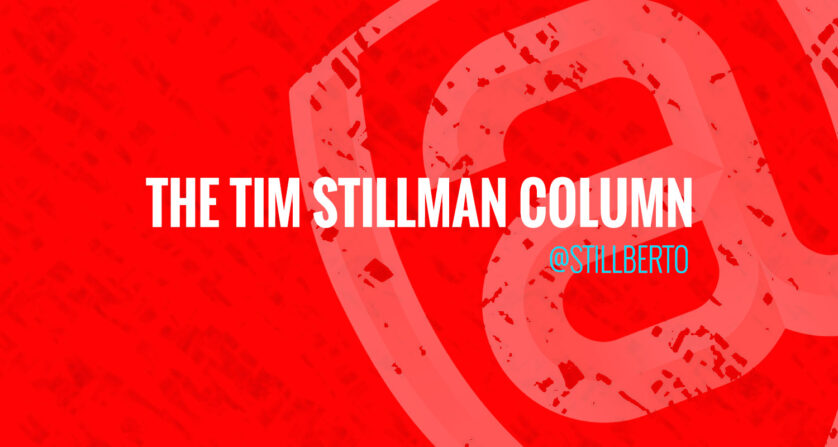 It is worth establishing a few basic principles before addressing my disappointment in Arsenal under Mikel Arteta this season. Firstly, it is possible for more than one thing to be wrong with a football club at any one time. Sadly, in Arsenal’s case, this is instructive because there are lots of things wrong.

Sacking Mikel Arteta won’t be a salve for all of those issues; but it doesn’t mean that he isn’t part of the problem. If you have two broken arms and two broken legs, you don’t just leave your left leg to fend for itself on the basis that two arms and your right leg are banjaxed. Arsenal have profound issues around ownership, executive structure and, as a consequence of both of these; they have an imbalanced playing squad (to term it generously). Also, as a further aside, the current manager being bad doesn’t mean his predecessors weren’t deservedly sacked.

Currently, Arsenal are being badly coached. This squad is far from a stellar cast; but it is significantly better than current form shows. Largely the same group of players finished 8th in the league last season- hardly an achievement to shout about for a club of Arsenal’s stature- but it showed no signs of an imminent relegation battle.

It is understandable that, at the outset of his appointment, Arteta concentrated on putting some training wheels on the defensive compartment of the team. He built a structure to hide the significant weaknesses of the defenders and midfielders he had been bequeathed. There was a clear structure in place, providing a welcome antidote to the tactical meandering and wide open defence of the Unai Emery era.

If the structure was clear to us, it was soon clear to opponents too and clarity soon gave way to predictability. Opponents began to notice that Arsenal weren’t exactly frequent shooters and that their attacks were easily muzzled. This is as imbalanced a squad for Arteta as it had been for Emery and both coaches have struggled to strike that balance between defence and attack.

Arsenal have a set of expensive, mismatched forwards, most of whom would probably be better served in a transitional or counter attacking team. The problem is that Arsenal also have a collection of defenders and midfielders who lack the athleticism to play in the opponents’ half. The result has seen three forwards cut adrift from their teammates with Bukayo Saka- from the left- and Hector Bellerin- from the right scrambling to cover two to three different roles simultaneously.

Increasing Arsenal’s attacking potency is an issue Arteta has not been able to solve and in trying to find solutions for it, he has had to sacrifice the organisational and defensive structure from his early months in charge. It is as true for Arteta, as it was for Emery and as it will be for the next manager that this squad needs to be bled like a radiator.

That said, Arteta has created plenty of problems for himself. It is difficult to know whether his treatment of Mesut Özil and Matteo Guendouzi was proportionate without full sight of the facts. I don’t doubt that both players are difficult to handle and I think we can all agree that Arsenal’s culture was well overdue a reset. Quite why William Saliba has become the next castaway is less justifiable.

You just cannot convince me that Saliba is not in a fit enough state to play against Dundalk and Molde while Kolasinac, Mustafi and Runarsson are. It is a contradictory message. Arsenal are a self-sustaining club and that especially applies now they have been out of the Champions League for three and a half years.

If you manage a self-sustaining club, you cannot just keep setting fire to your own assets and depreciating their value on a regular basis. This is not a club where you can just toss Claudio Bravo or Eliaquim Mangala onto the scrapheap and spend upwards of £50m replacing them.

Even if Arteta was not taken with Saliba, playing him in the Europa League and the Carabao Cup would protect his value ahead of a sale. Instead, departure lounge disappointments like Mustafi and Kolasinac are swallowing up those minutes for no discernible reason.

I think my chief disappointment with Arteta has been the sense of short-termism that has dogged his reign. It is even apparent in his management of injuries, desperately tossing the likes of Luiz, Martinelli and Partey back onto the pitch in bandages in service of a short-term result.

In isolation, a case can be made for the signings of Willian, Pablo Mari and Cedric (you can make a case for the latter, not a good one though) and the decision to extend Aubameyang’s contract. As fans we, understandably, make the best-case scenario for why giving this player a deal into his mid-30s* will work out for the best. *(Mari will be 31 at the end of his contract, so I know I have taken some license there).

Combined, they do not add up to a long-term project, they illustrate a manager who is chasing the short term, which invalidates any claim of looking to the future when results are unsatisfactory now. Last week I wrote that it would be unrealistic and unfair to expect Arsenal’s Hale End graduates to rescue Arsenal’s season en masse. I think we can see that Bukayo Saka and Gabriel Martinelli are superstars already, the jury is probably out on the rest in the medium term.

Arteta was given the keys to the club when he had his job title changed to “manager” during the summer, having secured an impressive FA Cup win against the odds. I simply do not understand why he has subsequently behaved like a man in such a rush. I think he already had the buy-in of the fans and his bosses to oversee a long-term project. Instead, he has made an ageing squad older creating an imbalance in a roster packed full of players either at the very beginning or very end of their elite careers.

The precise issue with Arsenal for the last three years or so has been the pervading sense of jam tomorrow- that giving another big contract to an ageing player will be ok if they can just help us scrape into fourth place. Once we are back in the Champions League, of course we will reassess and assume better habits. Arsenal are the man tossing his mortgage deeds onto the poker table at 5am in hope of recovering his losses.

Unfortunately, Arteta’s reign is seeing Arsenal repeat those mistakes. Now they have reached the stage where they need to instigate a proper plan, with touchstones and a recruitment strategy to fit around it. There are a number of burdensome players whose contracts are at their zeniths so the key specification for the current Arsenal manager’s job is how far you can be trusted to rebuild and future proof the squad.

Gabriel and Thomas Partey look to be good signings but, unfortunately, the club probably won’t be able to spend that sort of money for much longer. This is why it is of critical importance not to continually torch the value of your current players. The acquisitions of Mari, Cedric and Willian, the selection policy of relying on tried, tested and failed players on top of Aubameyang’s contract, point to a man scrambling for jam tomorrow and I think that ship has sailed at Arsenal.

This is no bump in the road towards sunlit uplands. This isn’t a fail fast and learn quickly type of project. This is a squad that the manager has actively chosen to build to win now and, as such, it must be judged on immediate results- and so the jury must be nearing a verdict unless things change very quickly indeed.