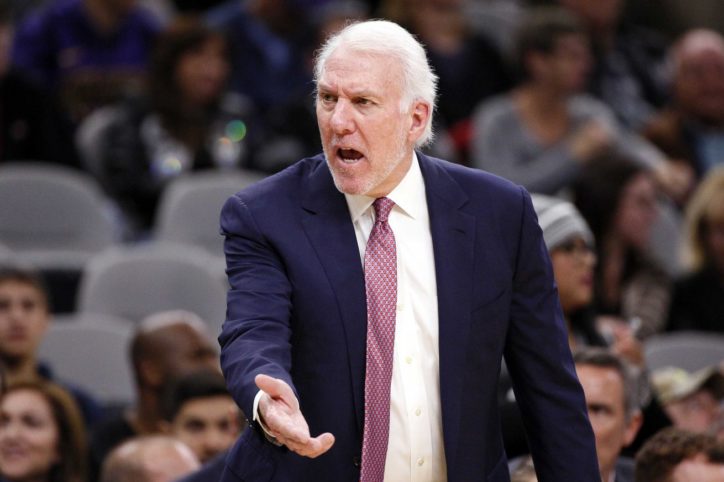 Flaws and all, San Antonio continues to compete.

The Spurs aren’t as bad as we may think they are. Sure, Friday’s win doesn’t wash away the misery of the last week and a half. Three 30-point losses don’t disappear thanks to one well executed quarter on both ends of the floor, and the difference between 11-15 and 12-14 is just one spot in the standings. Am I happy the Spurs are 13th in the West and the Rockets are 14th? Yeah, of course, but it doesn’t actually matter.

That one win over the Lakers doesn’t make the Spurs good, but it does help illustrate that they can win without playing perfectly. They shot well, but it nowhere near their best shooting night of the season. They played better defense than they have in a couple of weeks, but still made plenty of mistakes. They were also out rebounded and lost the turnover battle. While it’s tempting to look at those issues as insurmountable obstacles to playing good basketball, that doesn’t seem to be the case.

The Spurs have shown multiple times this season they’re capable of executing at a higher level in each of those areas. It seems a bit nonsensical to only consider their worst performances when passing judgement on the team, its roster, and the franchise as a whole. Of course, it’s possible that Friday night’s game was an outlier, and they’ll regress to the undisciplined and lackadaisical effort that plagued the team through their three blowouts over the last six games. But it’s also possible those games represented a low point for the team, one that is now firmly in the rear-view mirror.

If you view this team as fundamentally flawed, I’m sure you see Friday night’s game as an aberration, a bump in the road to ruin. But I reject the very premise of singling out any one basketball team as fundamentally flawed, but only because I think all basketball teams are. That’s the entire point of a 7-game series, to find the other team’s core weakness and exploit it until they adjust or crumble. A 73-win team blew a 3-1 series lead just 2 years ago. The 2014 Beautiful Game Spurs nearly dropped their first round series to the 8th-seeded Mavericks. No team is perfect.

Basketball teams aren’t machines. They’re collections of people with unique talents, personalities and motivations. The trust and buy-in required to get all those moving parts, not just the players, but the coaches and staff too, pulling in the same direction is monumental. Some teams never find it and some lose it with no tangible explanation to be found. You can look around the league this very year and see extreme cases of under and over-performing expectations, and in most cases, that’s the reason why.

That said, the team appears to be still searching for its identity, which is probably an unfamiliar feeling for the Spurs, because they haven’t even needed to look for almost 30 years. That doesn’t mean PATFO have lost their touch, or that DeMar DeRozan and LaMarcus Aldridge aren’t leaders. It doesn’t really say anything about the character, values, or value of anyone involved. It just says they are all parts of a new organism, one that is attempting to evolve under pressure and under a microscope into its best form.

The team has shown both how poorly and how well they can perform over the course of the first 26 games. To my way of thinking, it’s far more likely they continue to improve, moving closer to their best and further from their worst, as the season progresses. As bad as they’ve looked at times, even in the murderer’s row that is the Western Conference, they’re still only 2 games out of the playoffs. If they can just get a little better – be a little more consistent, bring a little more effort – who knows where they could end up.

Consider this your friendly, weekly reminder to write off the Spurs at your own peril.