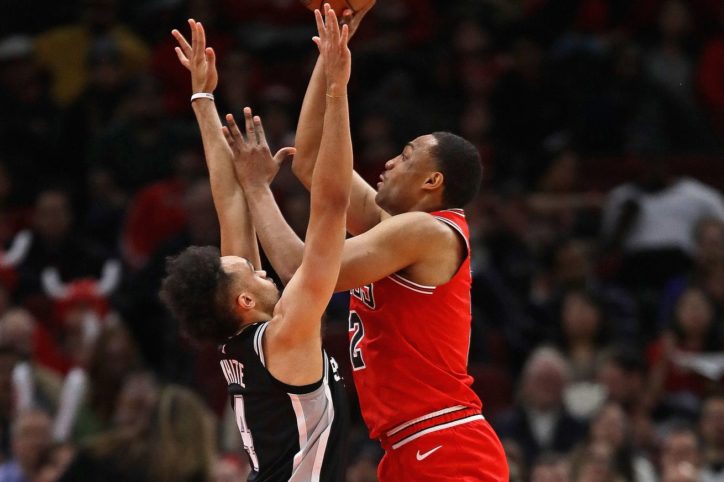 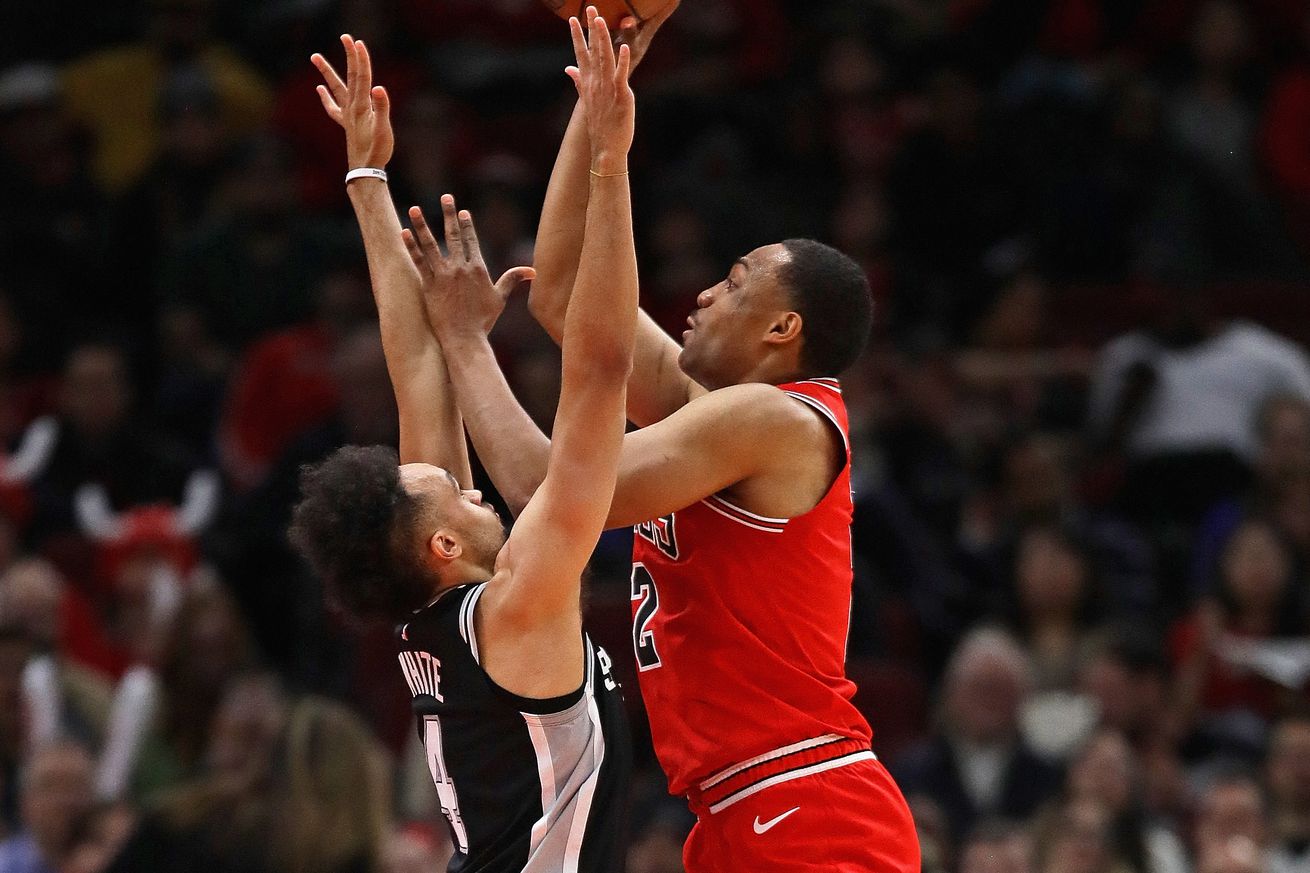 Where do his rejections go from here?

Derrick White’s big block numbers over the past couple games have gained a lot of attention, but what, if any, effect will that increased attention have on his defensive impact?

At some point teams will start including his defense and shot blocking more prominently in their game planning, which theoretically could reduce his shot blocking numbers as players steer away from going at him in 1 on 1 situations and/or seek to isolate him from the rest of the Spurs’ team defense. For example, we already see less of the iso backdown type play below . . . for obvious reasons.

And even if opponents don’t significantly change their offensive game plan, White s not going to average six blocks a game. Mark Eaton’s official record is just 5.5 blocks per game. So Derrick has nowhere to go from here but down (That’s a bit of a stretch, of course, but we have to lean in to the potential bad news if we’re going to have a prayer of balancing out all the good news below.)

The other potential downside (and this is way too realistic to be funny) is that when you have one player who is an individual force on the defensive end, it can help cover for defensive weaknesses among the rest of the team, lulling them into a false sense of security and setting up a situation where that player repeatedly comes up injured at the worst possible time.

The reality is that while Derrick’s game to game block average will regress toward his mean, he will continue to be near the top in the NBA for the guard position. Right now, his per 36 average of 1 block per game is 3rd (Behind Andre Iguodala and Kent Bazemore . . . right in front of Danny Green); if anything, those numbers have been trending up from his zero blocks in November to 1.1 per 36 in February and his impressive early March block party. This despite the fact that based on the eye test, teams are already no longer specifically trying to attack him as a rookie mismatch (cue highlight reel of NBA stars getting shut down in isolation against him). And a lot of his blocks are coming on switches, backside/weakside help/doubles, and transition pick-ups which are difficult for players to consciously make decisions about.

If anything, expect his block average to continue to increase through the end of the season and the playoffs. His 4th quarter block numbers are 1.3 per 36, and he commits a relatively mundane 2.9 fouls per 36 (suspiciously identical to Danny Green), both of which indicate he has room to be more aggressive and that he benefits from clutch situations and the long term exposure to opponents that comes in late game and multiple game scenarios. And if many commentators are to be believed, he will continue to get more benefit of the doubt calls against non-stars as he proves himself to the referees as a fundamentally sound defender.

The real reason for Derrick White’s block numbers is the sheer number of shots he contests, not the number of shots he tries to block. He contests more shots per 36 minutes than any guard in the NBA with at least 1000 minutes, and no one is even in his neighborhood. At 13.3 contests per 36, he averages 1.3 more shots contested than second place Josh Hart (12.0), and nearly 2 more than (you guessed it) Danny Green in 3rd place (11.4).

This number has been consistent throughout the season, and it’s a primary reason the Spurs are so much better when he plays. As long as he stays healthy and the Spurs personnel remains limited in terms of players who can cover a lot of ground or contain elite players 1-on-1 on the defensive end, he is going to continue to contest a disproportionately high number of shots.

Putting the Blocks in Perspective

At a certain point, Derrick White may actually start getting the Kawhi Leonard/Lawrence Taylor treatment, where players and teams consciously or unconsciously avoid shooting when he is covering them and start looking for him on rotations. This might reduce a few of the blocks he is getting against opponents looking to challenge him directly, but it should increase his overall defensive impact, which includes the things people don’t try because he is in a certain area the court.

(Or because he’s on the floor at all.)